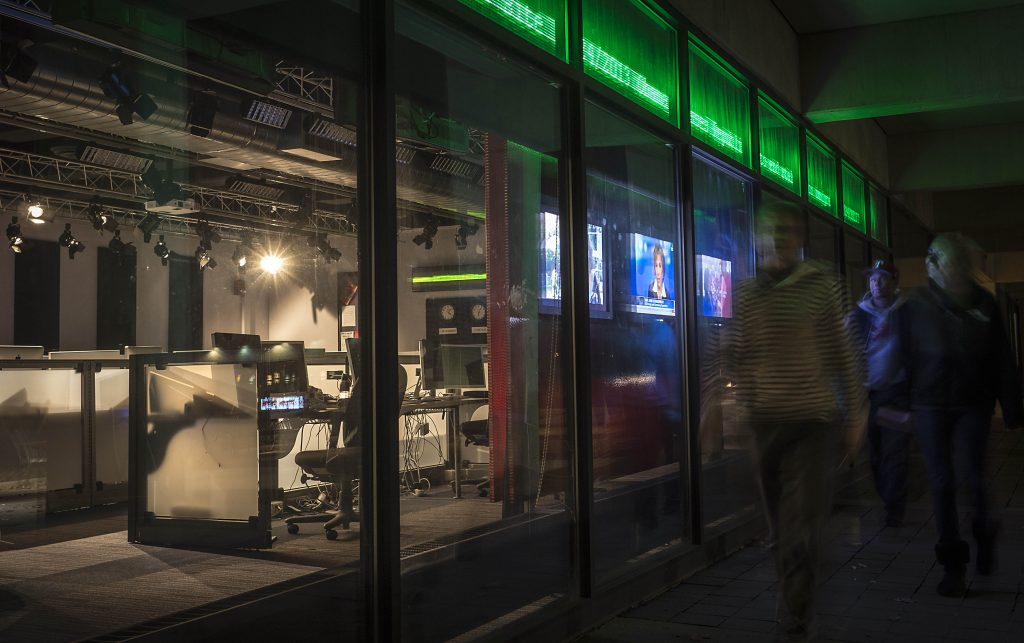 “I am thrilled to see so many of our students and recent graduates honored by these organizations,” said Laura Lindenfeld, dean of the School of Communication and Journalism. “These awards are a testament to their hard work and diligence in telling stories that matter, accurately and ethically.”

A team of a dozen students received an award for Best Historical Feature from the Fair Media Council for reporting about the legacy of slavery on Long Island. Several stories from their reporting were printed in Newsday and aired on WSHU, the local public radio station. The reporting was completed for an advanced journalism class, taught by Terry Sheridan and Karen Masterson, in Fall 2019. The winning students were: Brianne Ledda, a senior from Miller Place; Wilko Martinez-Cachero, ’20 from Spain; Vaidik Trevedi, ’20 from India; Taylor Beglane, ’20 from East Moriches; Antonia Brogna, ’20 from Plainview; Katherine Hoey, ’20 from Port Jefferson; Megan Valle, ’20 from Staten Island; Isabelle Desilier, ’20 from Smithtown; Gary Ghayrat, ’20 from Centereach; Margaret Osborne, ’20 from Canandaigua; Kiara Thomas, a senior from Queens; and Felicia Lalomia, ’19 from Big Flats.

“All the entries were exceptional and showcased outstanding journalism and the journalists whose contributions educate, inform and inspire citizens,” said Ann Marie Gothard, one of the Fair Media Council judges. “Each one is deserving of an award; however, the one that most resonated with me is WSHU’s series about slavery on Long Island. I’m fascinated by history and have been researching my own ancestry to learn more about my African and Native American roots.”

Julia Heming, a freshman journalism major from Hampton Bays, received an award from The New York Press Association for a story she helped with during an internship at the Southampton Press. Heming helped to cover the 25th anniversary of the Westhampton wildfires, and the newspaper won first place for Best News Series.

“It’s a huge honor so early in my career, and I owe so much of this success to my work as part of the Greene team,” Heming said, referring to the Greene Summer Institute for High School Journalists, an immersive summer program run by the Stony Brook School of Communication and Journalism.

The Hearst Journalism Award Program recognized two recent graduates, Liz Pulver, of Temecula, CA, and Remi Schott, of Long Beach, for their senior projects on diversity in children’s books and parental incarceration and children’s visitation rights, respectively. Pulver and Schott graduated in 2020, and are co-workers at the Center for Strategic and International Studies’ iDeas Lab where they serve as junior multimedia producers. This is Pulver’s second Hearst Award.