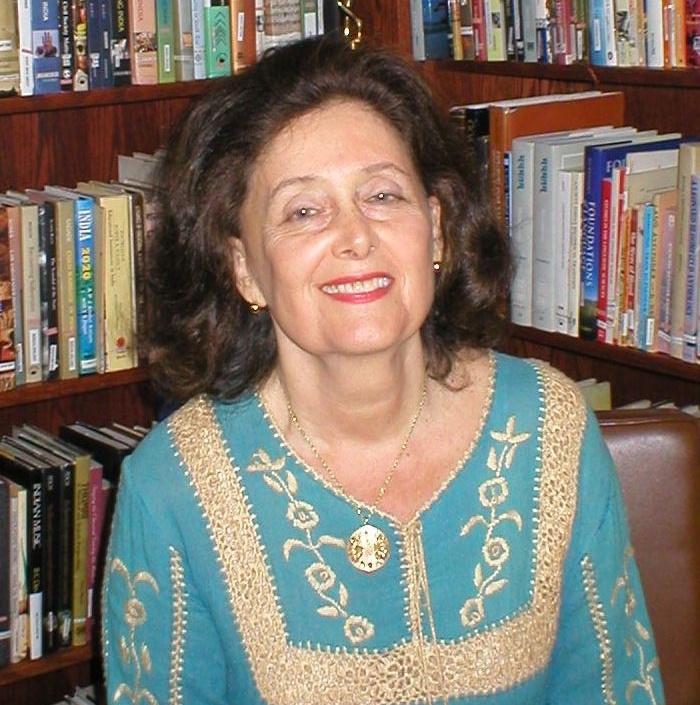 Doris Meth Srinivasan was born in Schwabisch Gmund, Germany . She received her B.A. ( with honors ) from Hunter College, CUNY and the PhD from the University of Pennsylvania . Her dissertation,  written under the guidance of Professor W. Norman Brown,  is on 'Concept of Cow in the Rig Veda', and was published in 1979 by Motilal Banarsidass .

Professor Srinivasan has taught at Columbia University and Barnard College ( Art of India); Haverford College ( Religions of India ); George Mason University ( Indian Studies, with a concentration on religions of India); George Washington University ( Arts of Asia) ; University of Memphis ( special seminar courses on South Asian Art ). She was Curator of South and Southeast Asian Art at The Nelson-Atkins Museum of Art, Kansas City where she organized several exhibits .

Indological Studies concentrating on early South Asian art and religion represent  the specialization of Professor Srinivasan. She has authored  over seventy-five publications including a documentary film on the Hindu Ritual Sandhya. Books include : On the Cusp of an Era: Art in the Pre-Kusana World; Editor  ( Brill, 2007); Many Heads, Arms and Eyes . Origin , Meaning and Form of Multiplicity in Indian Art ( Brill, 1997);  Urban Form and Meaning in South Asia: The Shaping of Cities from Prehistoric to Precolonial Times . Co- Editor. Studies in the History of Art  No. 31. National Gallery of Art Washington DC. London and Hanover  1993;   Mathura : The Cultural Heritage . Editor . Sponsored by The American Institute of Indian Studies. Delhi . 1989 ; and  Concept of Cow in the Rig Veda . Motilal Banarsidass , Delhi. 1979  . The most recent publications include : "Becoming Vishnu" in Vishnu, Hinduism's Blue-Skinned Savior , Brooklyn Museum Exhibition Catalogue 2010; " Childbirth , Childhood and the Magico-Religious World of Transformations" Annali ( Naples) , 2012 .