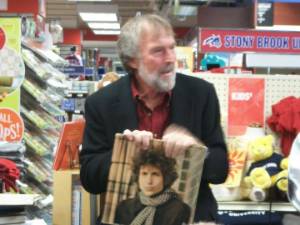 Charles G. Backfish is a Lecturer in the Department of History at Stony Brook University and the Director of Field Experience and Student Teaching in the Social Studies Education program. He is the recipient of the 2012 Provost's Outstanding Lecturer Award.

He joined the Stony Brook Faculty in spring, 2000, following a thirty year teaching career at Smithtown High School, Smithtown, New York where he taught many of the courses in the high school social studies curriculum. With colleagues in the school's English Department, he created the curriculum for an interdisciplinary American Civilization program. Among his other achievements at Smithtown was the creation and direction of a series of ten yearly thematic conferences for area students on topics including Science, Technology and Society, The Sixties, and Human Rights. These conferences were developed in partnership with Stony Brook's Center for Excellence and Innovation in Education and involved the cooperation of many University Faculty members.

An interest in museum education and the schools has led him to serve as a presenter at docent training sessions at the Museums at Stony Brook and to consult for the American Museum of the Moving Image on educational outreach. He was a collaborating high school teacher for both institutions on grants obtained through the National Endowment for the Humanities and the New York State Council for the Arts.

He is the editor-in-chief of The Long Island History Journal, an on- line publication ( www.lihj.cc.stonybrook.edu).

In addition to his teaching and administrative responsibilities at Stony Brook, Professor Backfish hosts an acoustic music program on WUSB-FM and produces the bi-monthly "Sunday Street" concert series at The Long Island Museum.  For these activities, he was named "Man of The Year" in the Arts by the Village Times Beacon Herald.

Professor Backfish has a B.A. in History from Stony Brook University and an M.A. in History from New York University, where he was McKenzie Fellow in U.S. History. His research interests are United States Cultural and Intellectual History, with an emphasis upon the history of American popular culture. He holds New York State Permanent certification in Social Studies (7-12).