Over 540 guests gathered on April 13 at Cipriani 42nd Street in New York City to honor Prince Albert II of Monaco and Stony Brook distinguished alumnus John L. Hennessy, MS ’75, PhD ’77, at the 23rd Stars of Stony Brook Gala. Hosted annually by the Stony Brook Foundation Board of Trustees, this year’s celebration recognized His Serene Highness for his dedication to ocean conservation and sustainability, while Hennessy, president emeritus of Stanford University and chairman of Alphabet, Inc., was celebrated for his transformative work in computer science and electrical engineering.

“I am honored to be an alumnus of an institution of such profound excellence. One that is built on the values of curiosity, integrity, innovation and collaboration,” said Stony Brook Foundation Chair and CEO IMAX Corporation Richard Gelfond ’76. “At its core, Stony Brook is an institution that is driven by a commitment to excellence and equity unlike any I’ve seen anywhere else in the world. And philanthropy is one of the main reasons this is possible.” “Despite all the many challenges we have collectively faced, I have been truly inspired by the vision, creativity, and multidisciplinary spirit of our students, staff, and faculty,” said Stony Brook University President Maurie McInnis. “I have seen our Seawolves break new ground in scientific discovery. I have seen them reimagine what it means to have accessible, high-quality healthcare. I have seen them transform the communities they live in, and I have seen them think critically about what kinds of lives they want to build.”

His Serene Highness Prince Albert II, the son of Prince Rainier III and American actress Grace Kelly, resolved to help address global environmental problems after a 1992 trip with his father to the Earth Summit in Rio de Janeiro. In 2006, the Prince led an Arctic expedition, becoming the first incumbent head of state to have reached the North Pole. That same year, he launched the Prince Albert II of Monaco Foundation to limit the effects of climate change, promote renewable energy, preserve biodiversity and improve universal access to clean water. Since it was founded, the Foundation has awarded over $1 billion in philanthropy to a number of worthy environmental organizations.

Today, as Head of State, HSH Prince Albert II guides sustainable policies implemented by his government for the principality to be carbon neutral by 2050. Prince Albert II has been honored by organizations around the world for his contributions and actions in favor of protecting the environment. A five-time Olympian in bobsleigh, Prince Albert II is also a current member of the International Olympic Committee (IOC) and the chair of the IOC Sustainable and Legacy Commission. 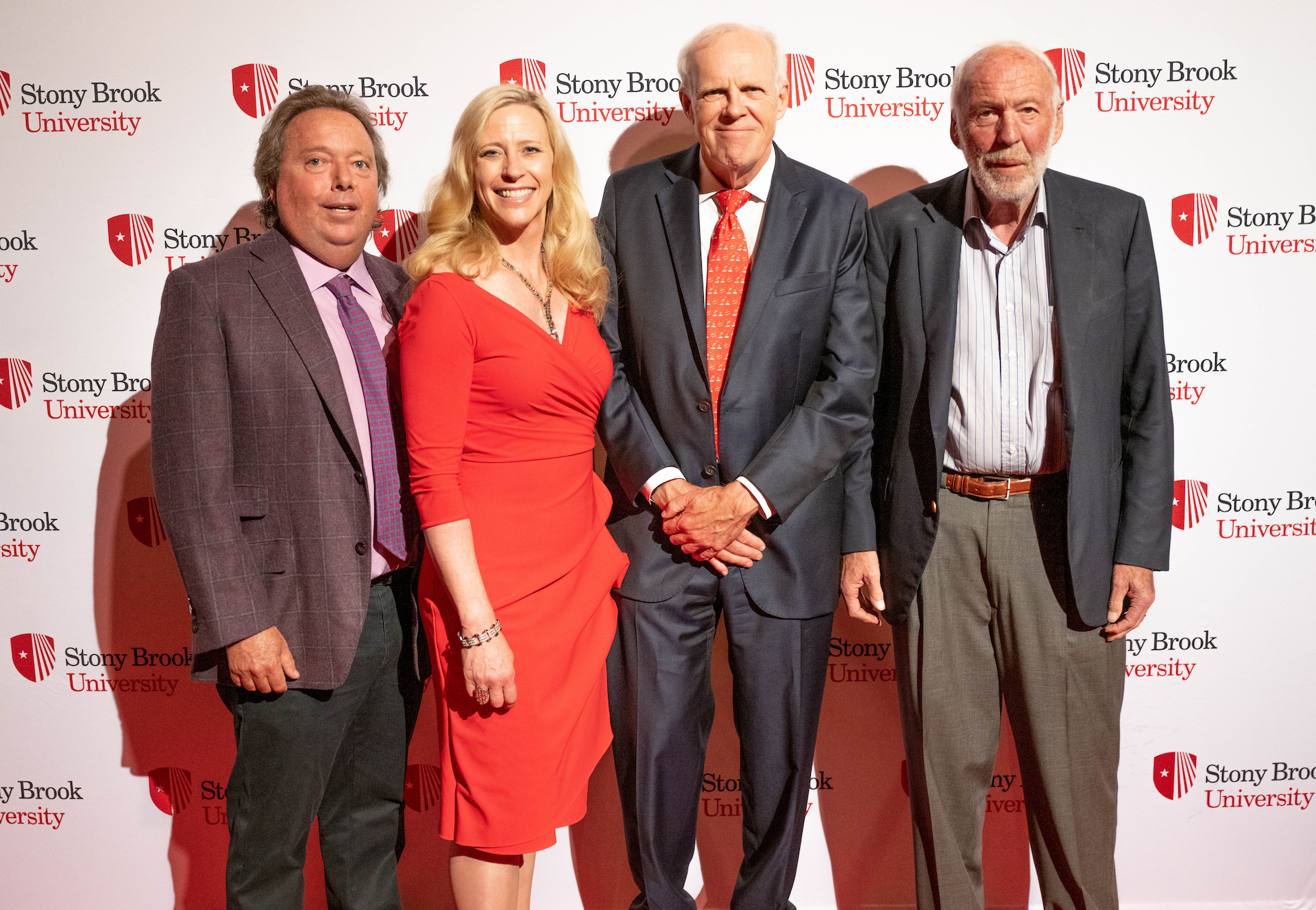 After earning his master’s and doctoral degrees in computer science from Stony Brook University, John L. Hennessy became a trailblazing giant in the computer field. Early in his career at Stanford, he collaborated with students and in parallel with Professor David Patterson of the University of California, Berkeley, to develop Reduced Instruction Set Computer (RISC) technology, now used in nearly all computer chips. For their work, Hennessy and Patterson received the 2017 ACM Turing Award, known as the “Nobel Prize of Computing.”

For the past 30 years, Stony Brook’s College of Engineering and Applied Sciences has also been a proud beneficiary of Hennessy’s counsel, engagement and generosity. Most notably, he created both a professorship and an endowed graduate fellowship in computer science. In addition, Hennessy has visited the campus as a guest lecturer and student mentor and was inducted into the College’s Hall of Fame in 2018.

The 22nd annual Stars of Stony Brook Gala was featured in the following publications.

The 21st annual Stars of Stony Brook Gala was featured in the following publications.

Drs. Barry and Bobbi Coller To Be Honored at Annual Stars of Stony Brook Gala March 11 at Chelsea Piers, NYC .

The 20th annual Stars of Stony Brook Gala was featured in the following publications.

The 19th annual Stars of Stony Brook Gala was featured in the following publications.

Honoring Dorothy Lichtenstein: An Advocate For The Arts And Sciences, featured on 27east.com.