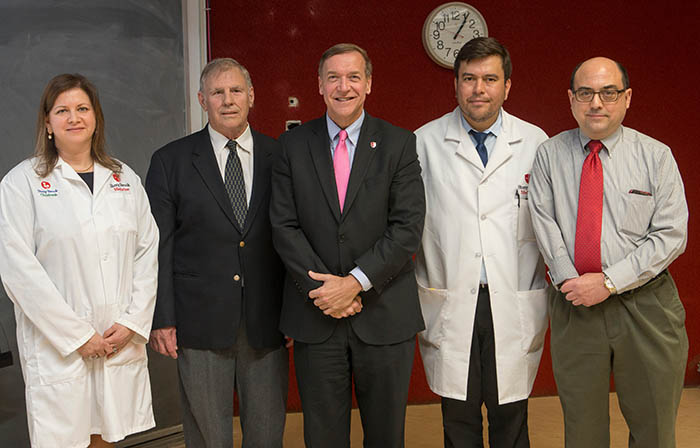 American Society for Investigative Pathology (ASIP)   announced the appointment of Martha B. Furie, Ph.D., as the next Editor-in-Chief for The American Journal of Pathology (AJP). Congratulations on this tremendous achievement!

Dr. Martha B. Furie's recent   local news spotlight  on her career achievements and recent appointment as Editor-in-Chief for AJP

Bacteria at the Ballpark: The CID enjoyed a great ballgame with a Long Island Ducks victory in the 11th!