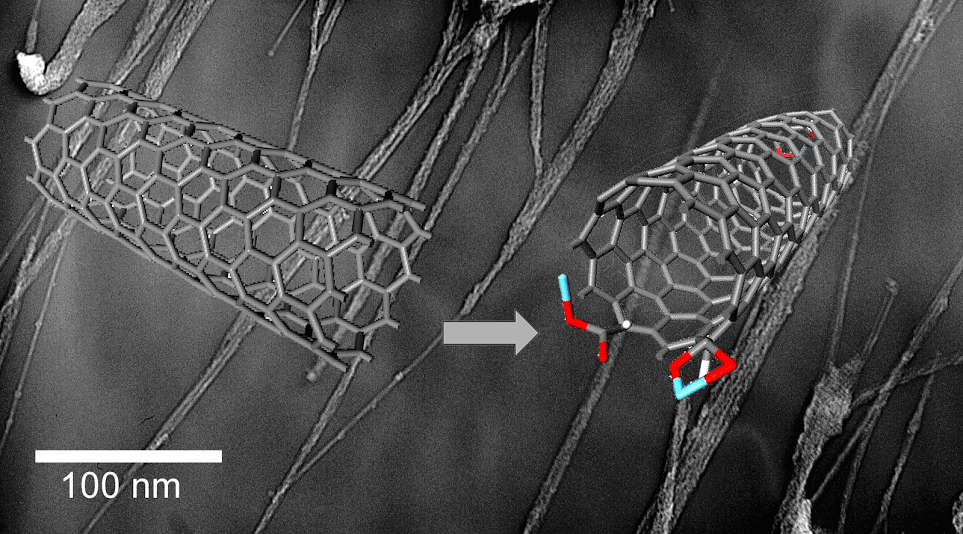 2.  Chemical separation of tubes according to electronic structure – selective metallic tube reactivity in the  solution-phase osmylation of single-walled carbon nanotubes through the formation of an intermediate charge-transfer complex. Achieving a neat separation of metallic vs. semiconducting nanotubes is critical to a variety of applications. 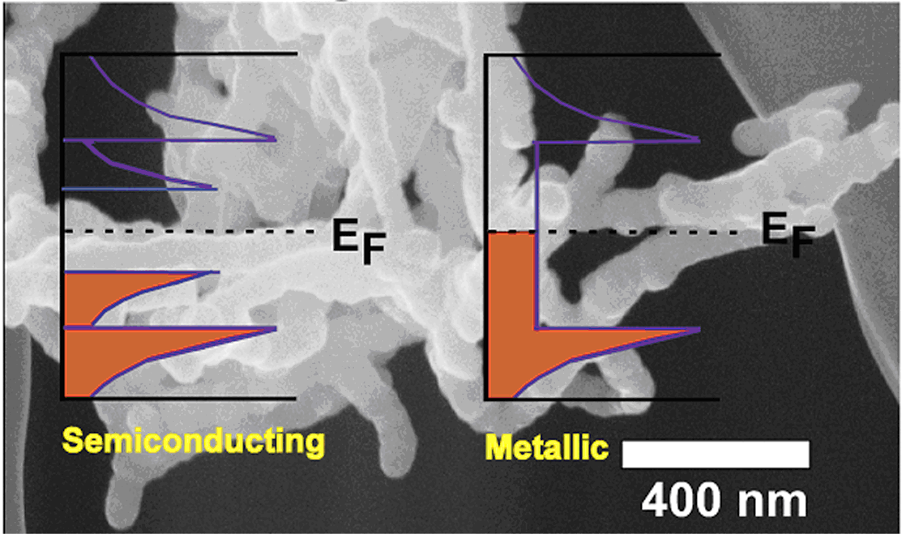 3. Coating of nanotube surfaces with insulators such as  Si-containing compounds through (i) silylation (involving trimethoxysilane and hexaphenyldisilane) and (ii) quantitative silica electrodeposition. The latter electrochemical methodology, in particular, has several advantages. First, the silica appears to be coated on the nanotubes in a noncovalent, electronically nondestructive fashion, as suggested by Raman spectroscopy, X-ray photoelectron spectroscopy, and UV-visible-NIR spectroscopy data. Second, the procedure is fairly mild and environmentally friendly in that these experiments require a minimum amount of the reactants and conditions that are neither harshly acidic nor basic. Third, the actual reaction time needed for electrodeposition was only about 5 to 10 min, as compared with the much longer reaction times associated with other methods. Fourth, the thickness of the silica coating can be controllably altered by varying the potential of the working electrode as well as the concentration of the precursor sol solution. All of these experiments were carried out at room temperature under ambient conditions. Hence, this work is desirable for pursuing applications in optics, electronics, and biomedicine. 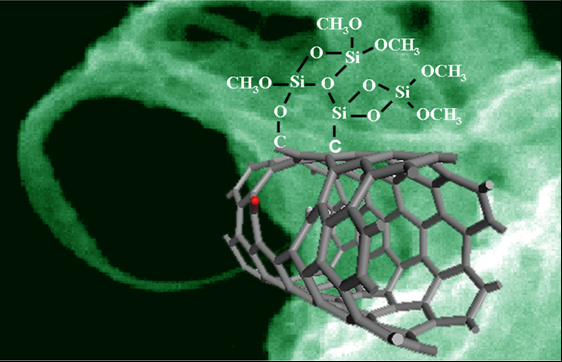