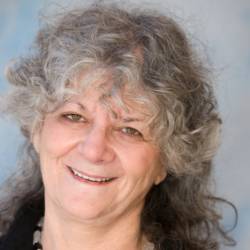 Ada Yonath focuses on genetic code translation by ribosomes, on antibiotics paralyzing this process, on designing novel antibiotics for fighting resistance, on ribop and on the origin of life. She graduated from Hebrew University, earned PhD from Weizmann Institute (WIS) and completed postdoctoral studies at CMU and MIT, USA. In 1971 she established the first biological-crystallography laboratory in Israel, which was the only lab of this kind in the country for almost a decade and became a WIS faculty member. Since 1989 she is the Director of Kimmelman Center for Biomolecular Structures at WIS. In 1978-9 she spent a Sabbatical in Chicago U, and during 1980-2004 she headed the Max-Planck-Research-Unit in DESY, Hamburg, in parallel to her activity at WIS.

Prof. Ada. Yonath will be speaking on The Genetic Code Translation Machinery as a Therapeutical Target.