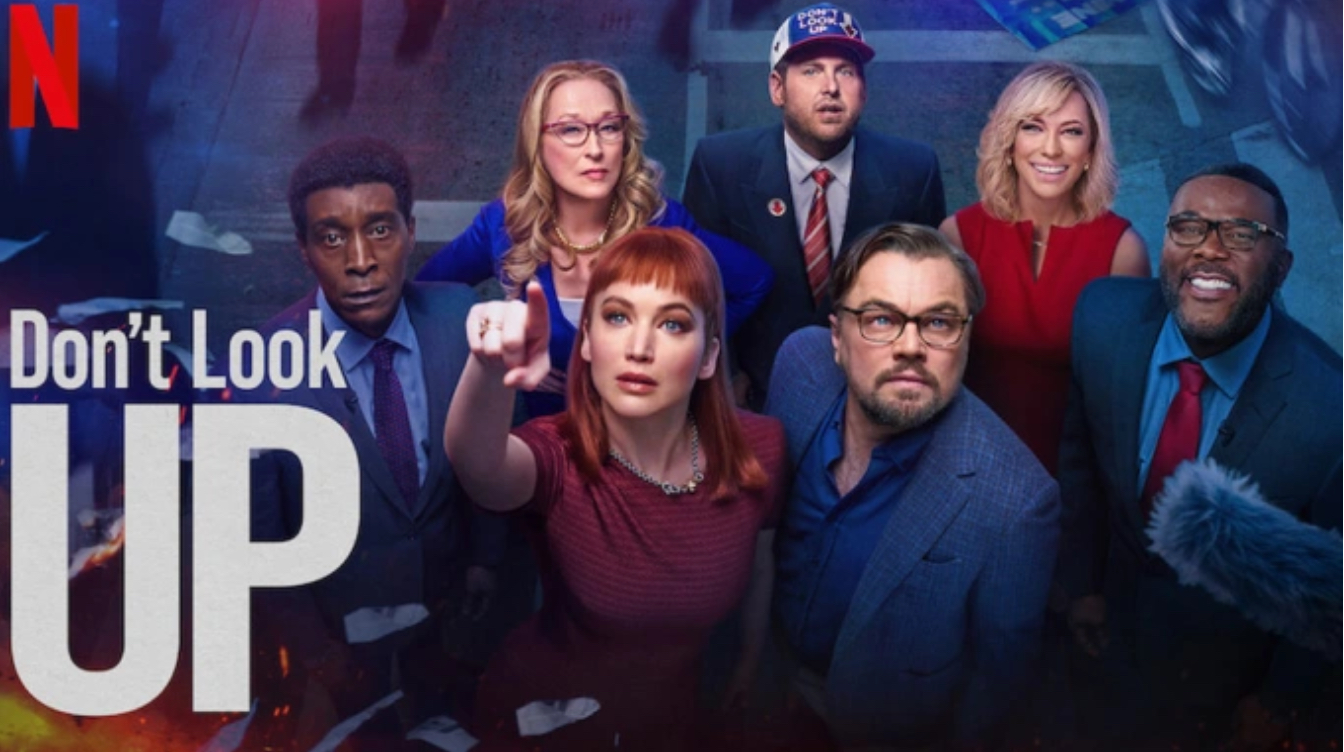 Movies can change a society. They can change culture. And they can illuminate a hard to define problem, and make it a visceral lesson shared by many.

While Don’t Look Up didn’t win any statues at the Oscars this spring, it may stand as the most impactful film from this year. Second only to Dune in terms of popularity (of the 10 best picture nominees), Don’t Look Up smashed weekly viewing records and became the second most viewed film in Netflix history! And, it’s about science communication.

Thanks to Adam McKay’s effective satire (using an imminent comet as a metaphor for climate change), the mainstream public received a lesson that important messages from scientists aren’t getting through the current media environment.

But what lesson can we scientists learn from the movie ourselves? What didn’t work in Don’t Look Up and what can we do differently?

The signature scene in the film has the astronomers, Leonardo DiCaprio and Jennifer Lawrence, on the talk show “The Rip”. This scene was hilariously familiar to me. After years of being a TV news anchor, meteorologist and a morning show host, I’m now a media trainer, preparing individuals for these kinds of appearances.

The upshot of the scene is that the media appearance failed. It failed to communicate the gravity of the situation and it failed to connect with the average viewer. How did this happen?

#1: The astronomers didn’t paint the picture of the key message people should remember.

A television news audience is a “passive audience,” typically doing chores, making meals for their kids, etc., and only looking up every once in a while. I work with my clients to boil down their key message into a soundbite : a 5-8 second sentence that encapsulates the big idea they want viewers to remember if they remember nothing else. DiCaprio and Lawrence initially spend about a minute explaining the process that went into making their discovery without mentioning the bottom line and what it means for the viewer. DiCaprio’s initial description of the comet is that it’s about five to nine kilometers across. Later on in the movie, in moments of frustration, Lawrence exclaims, “a comet the size of a mountain is about to hit Earth!”, and in another moment DiCaprio exclaims, “a giant comet the size of Mount Everest is hurtling toward the planet!” Presented in a dignified tone, these soundbites are much, much better.

Transition away from anchors : “Well, unfortunately, we have a really serious situation on our hands.”

Soundbite : “We’ve discovered a giant comet the size of a mountain hurtling toward Earth, that will wipe out everyone on the planet if we don’t take action.”

#2: Lawrence loses her connection with the audience with a negative, doomsday tone.

“Maybe it’s supposed to be terrifying. And unsettling. And you should stay up, all night, every night, crying, when we’re all for sure, 100% are gonna f- die!” This results in her being mocked as a caricature on social media. It’s a sad truth, but most Americans will recoil from people and ideas they consider to be “debbie downers.”

A comet hurtling toward earth is indeed a "debbie downer" situation. So how could the scientists have presented their discovery honestly - this is seriously bad news - without risking making people turn off and turn away? Perhaps they could have tried to strike a tone of optimism or proud purpose - giving people something to hope for, something to grasp hold of. Perhaps they could have discussed what scientists were doing to avert the crisis, or the timeline to figure out a solution.

Pivoting to real life, how can we apply this approach of optimism and proud purpose to how we talk about climate change ? Climate change is tough because we humans are the “bad guy” in the story, and people would prefer to think of themselves differently. I think if we frame climate change as a crisis where we can be “the hero” in the story, it might be something people grasp hold of. Give people hope. Let them feel like we’re all on a team together.

We can change this. TV viewers shouldn’t be introduced to scientists when there’s a crisis, or see them as always being peddlers of bad news. Viewers should already have a familiarity with them in “peaceful times.” Americans need to see scientists as their neighbors, normal friendly folks, and people with whom they share common interests, identities and passions outside of science.

Due to the impact of Don’t Look Up , it’s possible viewers will be more curious and receptive when they see scientists on TV, at least for the near future. Adam McKay may have temporarily cleared the fog for us. Let’s take advantage of this opportunity. 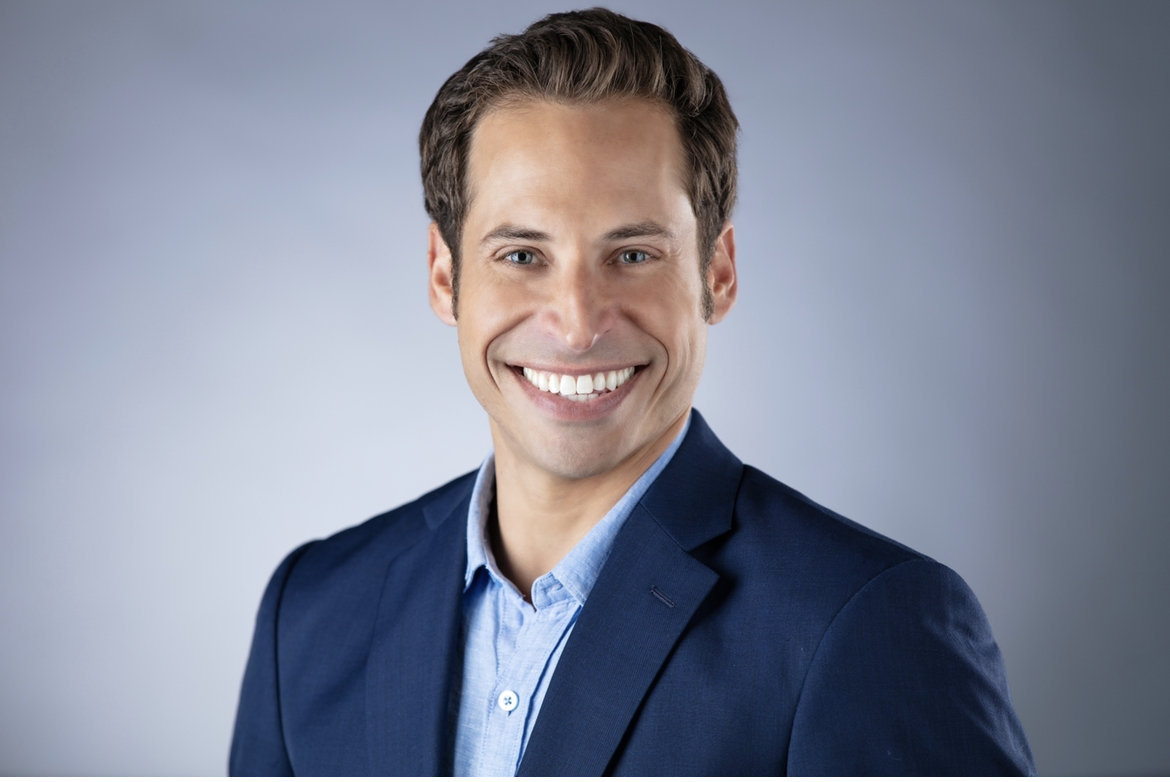 The Alda Center
@AldaCenter May 18
Which was the happiest cast and crew Alan Alda ever worked with? Find out when you purchase your pass to the @alanalda Film Festival : five of Alda's favorite films and his memories from each film. May 20-25. Presented with @StallerCenter https://t.co/ODJlfWILEv

The Alda Center
@AldaCenter May 17
It's not too late to register for The Essentials - the #aldacenter signature online science communication training program. Sign up now for the #scicomm workshop on Friday! https://t.co/DHMiavofaa https://t.co/2zKK6EI5On

The Alda Center
@AldaCenter May 17
Find out who was left out of the credits during @alanalda's film "Sweet Liberty." The beloved actor, writer and director shares trivia, memories, and favorite moments during our upcoming Alan Alda Film Festival, May 20-25, presented with @StallerCenter https://t.co/ODJlfWILEv https://t.co/pN3no8QB3d

The Alda Center
@AldaCenter May 16
Public Health Professionals: Learn to connect with diverse audiences in crisis through this free online course - learn more and sign up: https://t.co/WrMTLs17Vt https://t.co/g7yBskScRb

The Alda Center
@AldaCenter May 15
Register today for The Essentials, our fundamental #scicomm program for scientists & researchers. Learn to build trust, connect with others, and share the significance of your work in this 3-hour online program https://t.co/DHMiavofaa https://t.co/vEMjZGVX6v

How To Identify And Talk To Your Target Audience