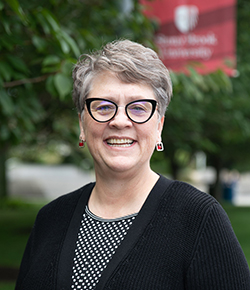 Dawn Medley became Stony Brook’s Vice Provost for Enrollment Management and Retention in 2021, after more than five years at Wayne State University in Detroit.  As a member of the University Council and Provost’s leadership team, Medley leads all international and domestic enrollment efforts at the undergraduate and graduate levels.  She is the chief enrollment and financial aid officer for the institution and is responsible for all incoming student marketing and communication.

At Wayne State University, Medley lead the retention effort that spurred the quickest improvement in graduation rates in the nation. She also restructured scholarships and financial aid to benefit more students while bringing in the three largest classes in the history of the institution. She is a nationally recognized leader on student debt mitigation strategies, adult student re-engagement, and educational access. She created the nation’s first debt mitigation program, Warrior Way Back, and created the Heart of Detroit Tuition Pledge, which provides every admitted Detroit student with a zero out-of-pocket college education. As a first-generation Pell student, Medley is passionate about finding ways to create paths for all students.

Medley previously served at the vice-presidential level at St. Andrews University, Warren Wilson College and Forest Institute. She has also served as the chief enrollment officer at the University of Arkansas and enrollment leader at Southeast Missouri State and Missouri S & T.  She also served as a counselor at the Illinois Mathematics and Science Academy.

She holds a bachelor’s degree in English education from the University of Missouri-Columbia, a master’s in administration from Southeast Missouri State, and an Ed.D. in higher education leadership from Lindenwood University. 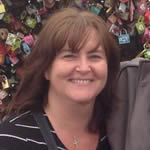 Diane is a member of several national organizations and higher education groups. This year Diane was nominated to serve on the Committee of Academic Standing and Appeals (CASA). In 2013, Diane was selected to serve as part of the People Soft Student Record Product Advisory Group (SRPAG). Diane held the Treasurer position for the State University of New York Registrars Association (SUNYRA) 2011-2014. During this same time period Diane served on the Executive Board of this organization. During 2009-11, Diane served on the American Association of Collegiate Registrars and Admissions Officers (AACRAO) Transfer Committee.

Personal goals include continuing to develop and enhance knowledge and proficiency in administrative affairs, as well as technical knowledge, as they relate to and are associated with higher education. Work to develop communication and interaction to make experiences positive for all parties. Expand knowledge and experience that allows creativity, technical growth and independence to make decisions and implement changes as discussed and sanctioned.

Dean Judith Berhannan earned her B.A. in English and Secondary Education at Adelphi University, before receiving her M.A. in Education and College Student Development from C.W. Post. She began her career at Stony Brook University as a counselor in Undergraduate Admissions in 1983. Prior to her appointment as Dean of Admissions, she served as Associate Dean, coordinating SBU’s multicultural recruitment efforts.

During her career at Stony Brook, she has served as advisor to the SAINTS, the Mentor Program, Delta Sigma Theta Sorority, Minorities in Medicine and the National Society of Black Engineers. She has been awarded the President’s Award for Excellence in Professional Service, the State University of New York’s Admissions Profession Award, and the 2008 EOP/AIM Distinguished Advocate Award. 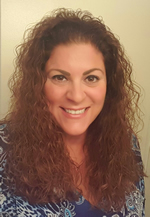 Maria Campanella is a native of Long Island and grew up in Wantagh. She earned her M.A. degree in Psychology from CUNY Queens College and an M.S. degree in Health Education from Hofstra University. She began her career in higher education at LIU – Post working as an Academic Counselor and Transfer Coordinator for over four years and also taught Introductory Psychology and College 101 courses.

After LIU – Post, Maria accepted a position at Hofstra University to serve as an Associate Dean of Admission where she spent ten years advocating for and achieving many changes for the transfer student population. Prior to joining Stony Brook, Maria was the Founding Director of the Transfer Student Services Center (TSSC) at Brooklyn College for close to five years. The TSSC was the first Transfer Center in CUNY that was a separate department under Enrollment Management. Here is where Maria had the opportunity to build an office from the ground up and began to change the landscape of transfer students. By streamlining transfer processes, increasing communication between students, faculty, and staff, and initiating overall improvements to the transfer process, Brooklyn College experienced a shift in campus philosophy surrounding transfers and became a more “transfer-friendly” environment.

Maria has been interviewed for various articles in the NY Post, including “A Save Situation” discussing strategies for students to help lower the cost of college tuition, and “Transfer Tips” for students interested in transferring to another college. She is also very involved in State and National Organizations and has conducted presentations around the country. Maria has been an active member of the New York State Transfer and Articulation Association (NYSTAA) since 2002 and served as the Downstate Regional Co-Chair from 2003-2007. She is currently the Co-Chair of the Issues Committee and is a member of the Executive Board. Maria has presented workshops at the 2013 and 2016 NYSTAA Annual Conferences, the 2013 Annual Conference for the National Institute for the Study of Transfer Students (NISTS), the 2013 Transfer and Technology Conference for the American Association of Collegiate Registrars and Admission Officers (AACRAO), and the 2015 Strategic Enrollment Management Conference for AACRAO. 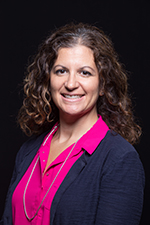 Lori Carron joined Stony Brook in 2009 in the Graduate School where she has served the last
eight years as the school's Senior Assistant Dean of Finance & Administration. While in this
position, Lori was responsible for the school's accounting, financial and budget management,
human resources and event planning. In addition to leading the school to leverage tight resources
to provide the best possible support and programs for graduate students, staff and faculty, she
worked on many projects that benefited the graduate community. During her tenure at the Grad
School she also served in the School of Professional Development, creating operational
efficiencies, process improvements and creating financial best practices for the school. Perhaps
what Lori enjoyed most at her time at the Grad School was helping to coordinate the annual May
Doctoral Hooding & Grad Award ceremonies- where she was able to witness and be a part of the
celebration of some of Stony Brook's brightest and accomplished graduate students.
Prior to becoming a higher education administrator, she held various business manager positions
at the financial services firm UBS.

Lori received a Bachelor of Science degree at SUNY Albany in Business Administration with a
finance concentration. Many years later, while working full time at Stony Brook, Lori received
her Masters of Arts in Higher Education Administration from Stony Brook.  She was the
recipient of the 2016 Dr. Deborah C. Hecht Award for her thesis paper; “Historical Economic
Events Transforming Universities in the U.S.: The Impact of War and Recessions on Higher
Education Reform”. 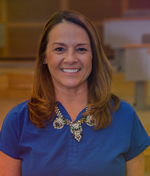 Heather Lynch joined Stony Brook in 2013 as the Assistant to the Associate Dean for Scientific Affairs.
In 2014, she took on a new role as the Assistant to the Chair in the Department of Biomedical Informatics
(BMI). The department was new to Stony Brook and it was here where Heather learned the many facets
of creating a new graduate program, while assisting the Chair and Administrator with day to day
operations including duties related to HR, Procurement, Facility Management and Finance. Organizing
BMI’s Inaugural Student Orientation event was most satisfying to Heather as she was able to join faculty
and staff as they welcomed their first class of students. Most recently, Heather has joined Enrollment
Retention Management as the Executive Assistant to the Associate Provost and is excited for the
opportunity to be immersed in environment that fosters student success.

Prior to joining Stony Brook, she was a paralegal in the mortgage banking industry for 12 years, as well a
dedicated elementary school teacher for 6 years in the private sector and while she does miss that
environment, she is thrilled that her career path has led her to higher education. Her professional
experience is unique and has contributed to her enthusiasm and passion for education and assisting
others as a vital team member.

Heather obtained a Paralegal Certificate from Long Island University in 1991 and later in 2006 returned to
Dowling College where she received a Bachelors in English and a Master’s degree in Childhood
education. 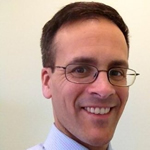 Raised in Queens, NY, Michael holds a Bachelor’s degree from New York University and an MBA from St. John’s University. Michael has 20 years of market research experience in market research in the corporate and higher education sectors. In his role at Stony Brook, Michael researches enrollment trends and analyzes data to enable the University to make fact-based decisions related to admissions and recruitment activity. 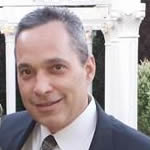 As a behind the scenes technology expert, Dave works to ensure all internal systems are working properly so that students have a seamless online application experience. He also coordinates all the direct mailing efforts, and leads implementation and upgrades so systems run smoothly for students to apply to the University. Dave has led the University in their conversion to a paperless environment by using imaging. He has internally set up the systems to receive the data and import it into the proper channels. As a computer expert, he is the office “go-to” person to troubleshoot their computer problems!

Dr. Yu-wan Wang became the Associate Dean of International Admissions at Stony Brook in 2009. A product of China’s Cultural Revolution, she recognized at a young age the importance of education and the need to take risks to satisfy intellectual desire. She possesses more than twenty years of experience in the fields of international education and business.

Dr. Wang holds a Bachelor’s in Business Administration, a Master’s of Library and Information Science, and a Doctorate in Education. As a doctoral candidate, she conducted in depth research into the needs of international students and the global challenges facing institutions of higher education. Prior to joining the Stony Brook community, she served as the Director of International Student & Scholar Services at Dowling College.