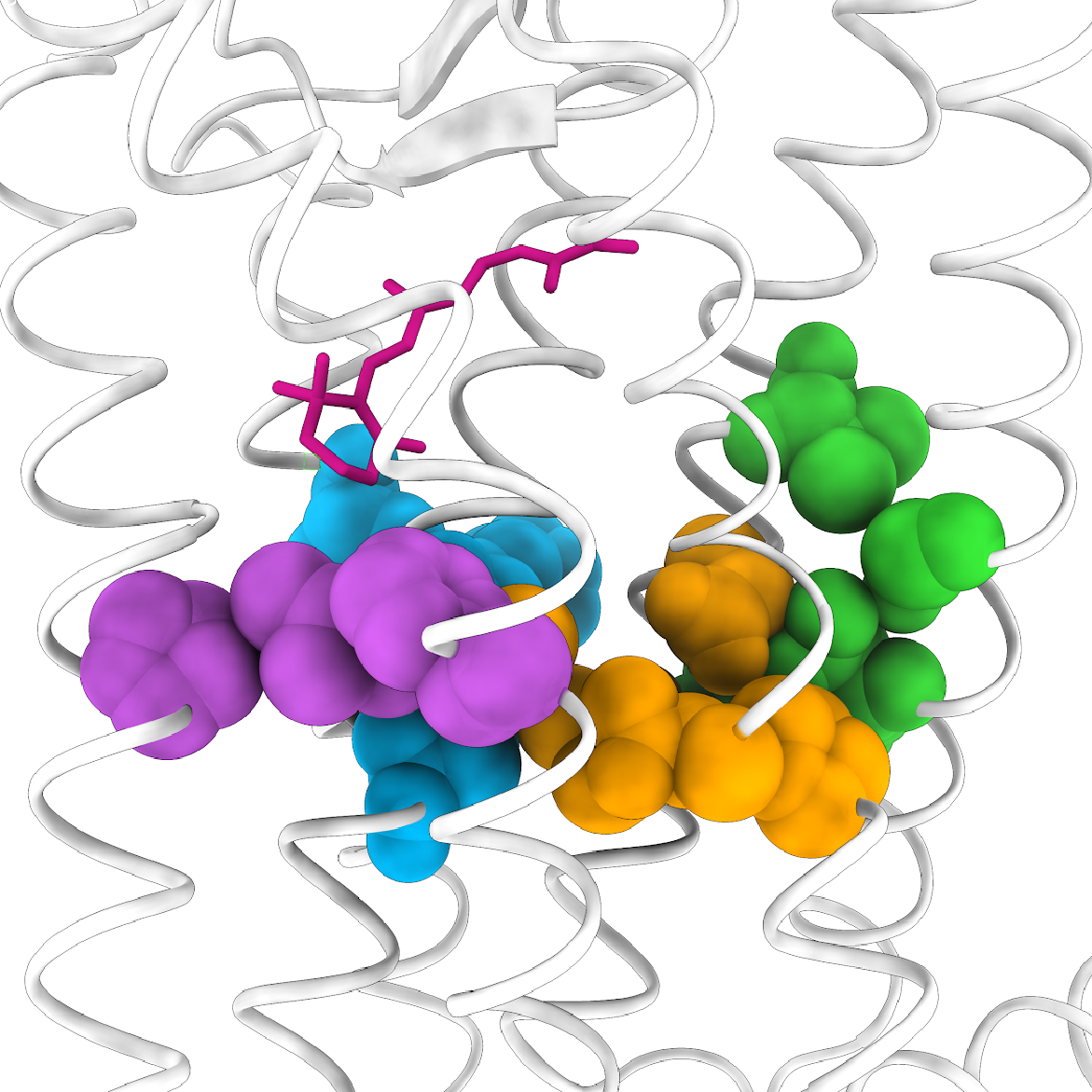 terior. Solid-state NMR spectroscopy is used to define the orientation and interactions of the retinal chromophore in the active Metarhodopsin II intermediate trapped along its photoreaction pathway. The orientation of the retinal differs from that in recent active-state rhodopsin crystal structures. We show that retinal isomerization generates strong steric interactions with transmembrane helices H5 and H6 via contacts with the ionone portion of the retinal, while deprotonation of the retinal Schiff base triggers the rearrangement of hydrogen-bonding interactions involving residues on helix H6 and within the second extracellular loop. We integrate these observations with previous structural and functional studies to propose a two-stage mechanism for rhodopsin activation to describe how absorbed light energy is channeled into the protein to direct the known outward rotation of transmembrane helix H6, a hallmark of active G protein-coupled receptors.