There are excellent facilities for students to participate in weather analysis and forecasting as well as research. In addition, two atmospheric chemistry laboratories equipped with state-of-the art instrumentation to characterize atmospheric trace gases and aerosol particles are available offering training on some of the latest analytical tools and laboratory based research opportunities. Furthermore, a small research airplane (not operated by ITPA) is available for conducting field research.

The Institute maintains a comprehensive system (developed by UNIDATA) for ingesting and displaying real-time data in the form of worldwide surface and upper air observations, numerical weather prediction model output, satellite imagery, Doppler radars, and lightning data. Software used to access this data include IDV (Integrated Data Viewer) and GEMPAK (interactive system for displaying all meteorological data), as well as many other in-house weather commands. The real-time weather data is available in the meteorology teaching laboratory available for course-related exercises, research, and the student operated weather forecast page. There are 11 student workstations running CentOS and an instructor station to ingest and display weather data, as well as run weather prediction model (Weather Research and Forecasting model). The Institute classrooms also possess high speed internet links and the ability to project high-resolution graphical information on multiple displays that continuously loop various weather products in the lab.

There are excellent facilities for students to participate in weather analysis and forecasting as well as research. The Institute maintains a comprehensive system (developed by UNIDATA) for ingesting and displaying real-time data in the form of worldwide surface and upper air observations, numerical weather prediction model output, facsimile maps, satellite imagery, US and local Doppler radars, and lightning data. Software used to access this data include McIdas (process satellite information), GEMPAK (interactive system for displaying all meteorological data), WXP (meteorological calculations and display), as well as many other in-house weather commands.   Real-time data is also available from the  Stony Brook weather station. The Institute also maintains vertically pointing radar.

Extensive computer resources are available for student use.  The Institute maintains a large network of PC/Linux workstations for both general use and research projects.   These computers are linked to each other and outside facilities over a high-bandwidth Internet connection. There is an undergraduate meteorology teaching laboratory available for course-related exercises and research.  Some Institute classrooms also possess internet links and the ability to project high-resolution graphical information.

ITPA also maintains a large network of PC/Linux workstations for both general use and research projects. These computers are linked to each other and outside facilities over a high-bandwidth Internet connection. ITPA also maintains several cluster computers, with several hundred processors and 50-100 Tb of storage.

Real-time data is also available from the two  Stony Brook weather stations and a  Southampton station, which all continuously transmit every minute back to SoMAS temperature, winds, relative humidity, pressure, and precipitation. One Stony Brook weather station is located on top of the hospital (166 m above the surface), while the other is 8 m above ground. On top of the hospital there is a real-time panoramic camera that has 360 degree views of incoming weather. ITPA also maintains numerous hand held instrumentation to use in the field.

In addition, the Institute maintains a vertically pointing  Microwave Rain Radar (MRR) radar, weighing precipitation gauge, and a Parsivel snow/rain imager at the Radar Observatory. The  MRR vertical radar is used to obtain continuous measurements of the precipitation structures to 7 km above the surface (below) in order to investigate how these structures change with different ambient conditions within the atmosphere.

A  snow/rain particle imager  (Parsivel) uses laser optics to identify rain and snow particles as they fall between the two lasers. This allows determination of snow versus rain (hydrometeors), an estimate of their size, fall speed, and number concentration. This information is used to validate weather prediction and climate models that predict the concentration and fallspeed of rain and snow.

The  radar observatory in the South P Lot hosts and supports the operation of several radars, lidars and other remote sensors that arrived at Stony Brook University and Brookhaven National Laboratory in the spring and summer of 2017.

The radar facility at Stony Brook is the first of its kind not only in the U.S. but also worldwide. It will be a great asset to Stony Brook University and our collaborators at Brookhaven National Laboratory (BNL). The proposed instrumentation will build upon the existing expertise in cloud and precipitation modeling and observations at SoMAS.

In conjunction with the S-band NEXRAD WSR-88D radars surrounding Stony Brook University (e.g., KOKX at Upton, NY, and KDIX at Philadelphia, PA), it will provide unique datasets of multi-wavelength, polarimetric variables, and Doppler spectra to observe winter storms over the Northeastern United States.

The influx of the radar systems combined with the recently expanded expertise in radar meteorology at SoMAS will set SBU as a leader in millimeter-wavelength and phased-array radar applications and education. The proposed facility is highly portable and is suitable for deployment in remote land and marine locations. The facility can be deployed on SoMAS marine vessels for the study of clouds over the coast of Long Island and it can also be deployed in large field experiments. 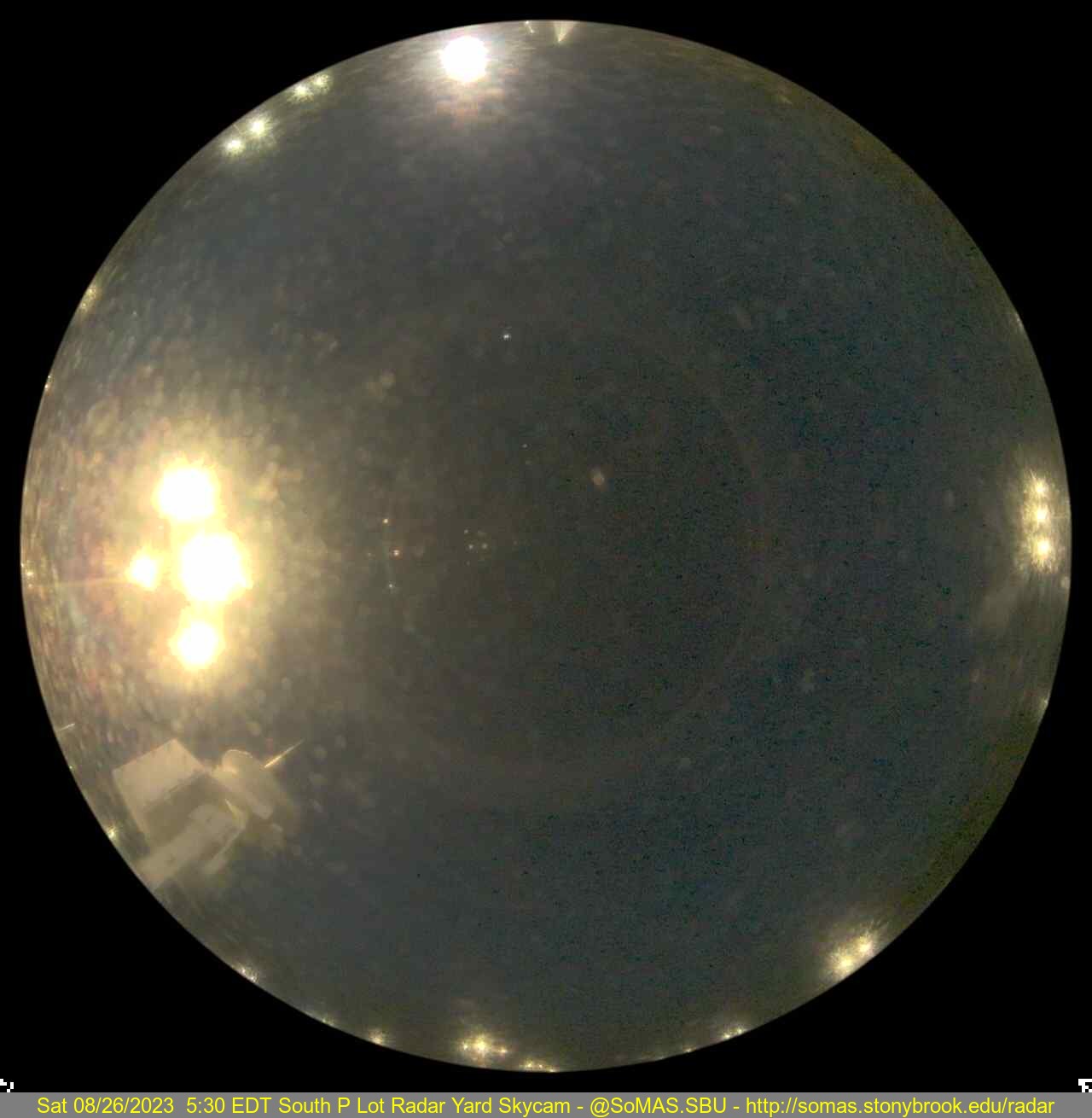 The reconstruction of past atmospheric processes by measuring trace gas isotopes in ice cores is one of the focus points of this laboratory. The assessment of biochemical production of volatile organic compounds (VOCs) is achieved by compound specific isotopic analysis. Eddy covariance measurements of reactive oxygenated VOC’s within forest canopies are applied to further constrain the evolution of VOCs in a natural environment. Marine biogenic emissions of trace gases are quantified in the laboratory.

The focus of this laboratory is the investigation of the role of aerosol particles in cloud formation, the interaction of aerosol particles with trace gases, the generation of marine biogenic particles, and determination of biogenic precursor gases for the formation of secondary organic aerosol particles. This laboratory is equipped with several optical microscope systems (Olympus BX series) with digital imaging processing coupled to custom-built ice nucleation cells for observation of aerosol phase transitions (ice crystal formation) for temperatures as low as 180 K; a custom-built chemical ionization mass spectrometer (Extrel) coupled to various types of flow reactors to investigate heterogeneous kinetics involving atmospheric oxidants and radicals and corresponding products; a Langmuir-Blodgett film balance (NIMAS) to determine surface pressure and phase of surfactants, a high-resolution proton-transfer time-of-flight mass spectrometer (Ionicon Analytik GmbH, PTR-ToF 8000) for detection of volatile organic compounds, a scanning mobility particle sizer (TSI Inc.) for determination of aerosol size distributions form 10 nano to 1 micrometer, and a 800 L sea tank for growth of marine species and generation of biogenic aerosol particles.