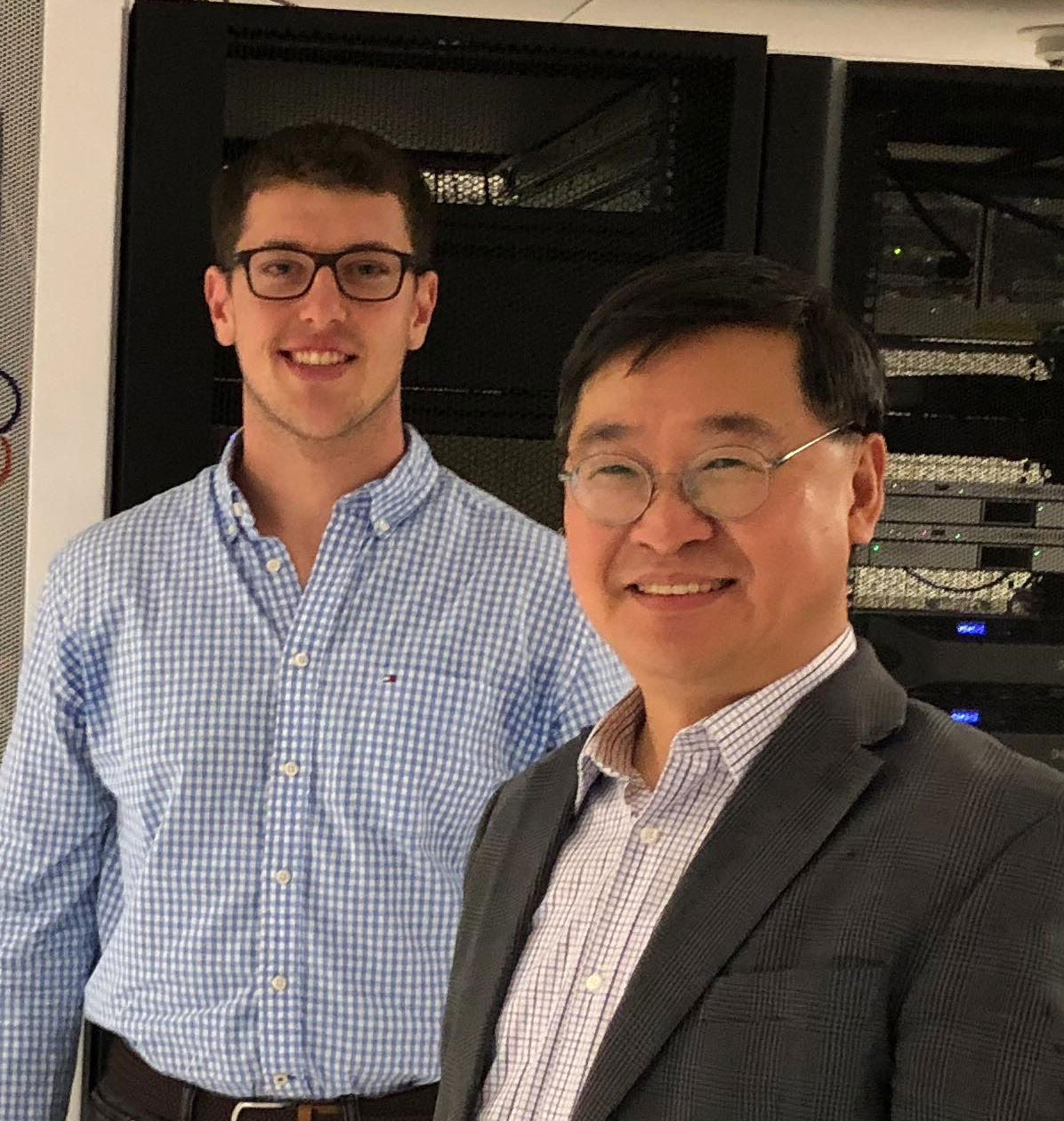 
As one example of the team’s work, Steven Benz, a double major in Chemical Engineering and Applied Math, has been using simulated annealing software to create better networks.  His research goal was to find networks that minimized the average path length, that is, the average number of links in the path for communicating between two random processors.  The general structure of the networks he studied was a ‘Dragonfly’ topology and each processor was connected to just 5 other processors.  Steven used Stony Brook’s Seawulf supercomputer cluster for his computations.  He found 600 different network designs and most had a 20% improvement of the average path length over existing Dragonfly supercomputers.  Professor Deng noted, “Steven has helped examine a large number of networks, and selected an optimal one for the possible topology of a cluster supercomputer.” Unfortunately, the hardware to implement Steven’s design does not yet exist.


Steven entered Stony Brook as a Chemical Engineering major.  He found that the theory and mathematics in his courses appealed to him more than the labs, and this led him to a double major in Applied Mathematics and Statistics.  Aspects of Professor Deng’s numerical analysis course, which he took last spring, really interested him.  Following conversations with Deng, Steven joined Deng’s team last summer and now plans to enter a Ph.D. program in fall 2019 in computational applied mathematics.


Professor Deng has been involved in the design of a number of the world’s fastest supercomputers.  Two decades ago, he spent a year on leave from Stony Brook to help IBM design the Deep Blue supercomputer that shortly after beat the world champion in chess and later won a Jeopardy tournament.  Like many Stony Brook professors, Deng shares his expertise with undergraduates in the classroom and as members of his research team.