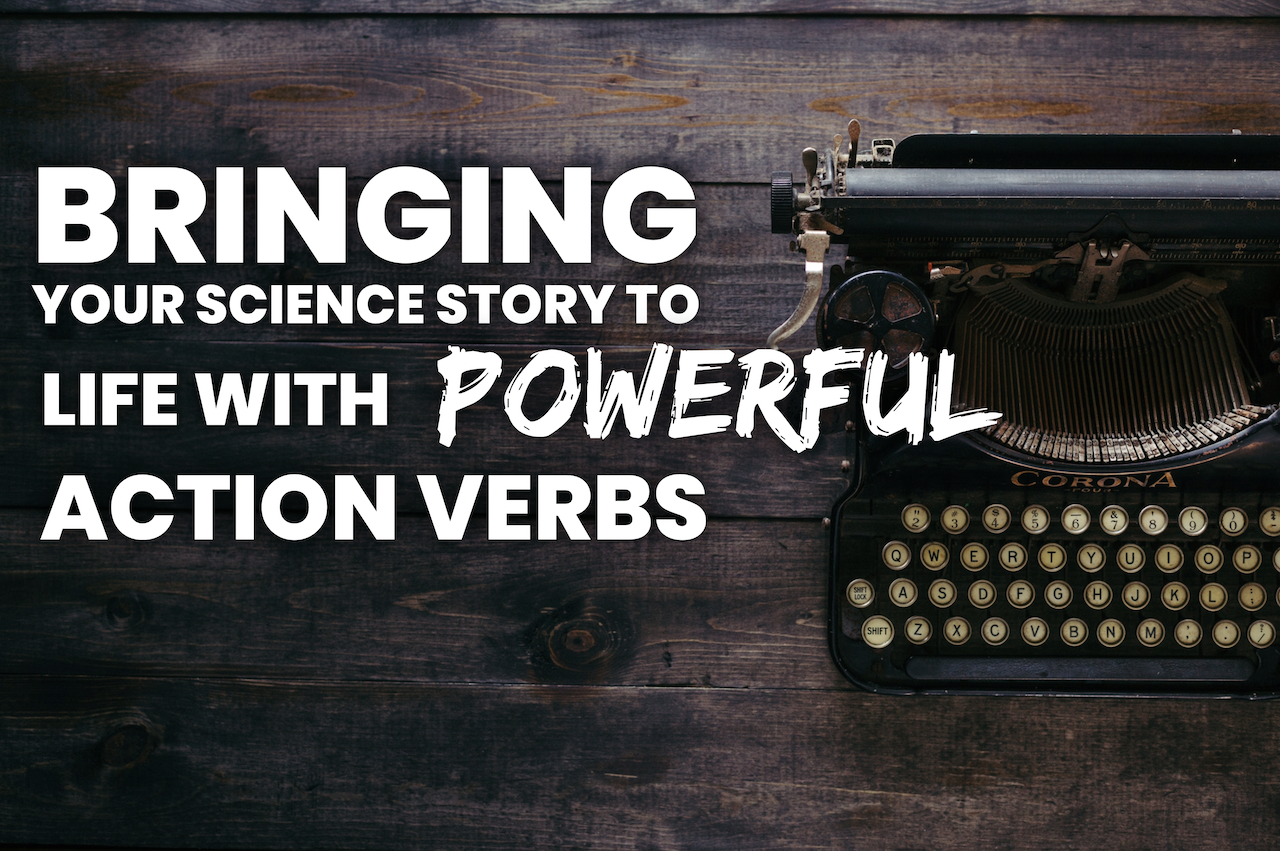 You’re probably familiar with this scenario:

You just published your recent research findings in this high-impact journal. And now you also want to tell scientists from outside of your specialised field, your friends or anyone who wants to hear about your new scientific revelations.

And you know of this society from your field that publishes blog posts to explain recent research papers. So, you decide to write a piece for them. But this does not mean you can just submit the abstract from your paper to this online outlet. Your audience will now be a completely different one that is not that familiar with the scientific language from your field.

Hence, to make the post more accessible, you need to adapt the language of your scientific paper. While academic writing mainly describes experimental results and states, these are barely ever part of an action. But we know that readers learn best when they imagine an action as part of a story.

So, how can we adapt the language and include actions and stories in a blog post? By adjusting the way we use verbs in our writing.

Verbs are the most powerful part of a sentence. They tell a reader about the action that your key player is doing and they move a story forward. Yet, academic writers tend to avoid verbs or substitute them with complex constructs. Unfortunately, these clutter sentences and make it difficult for the reader to understand the key message.

Here, we will look at three basic principles of how to declutter your science article by improving your verb usage.

While your research paper probably describes your experimental results, these descriptions often go along with scientific jargon.

These phrases probably do not mean much to your reader as they don’t use these words on a daily basis. Instead, you could substitute these phrases with words like

Everyone understands them and they still have the same meaning as the original phrases. Also, verbs like “eat” and “kill” are pretty graphic, and that’s a good thing if you want to engage a reader. All of a sudden, a reader has a picture in their head of a bacterium (in my head it’s green) with a mouth like Pac-Man, chomping down on some nutrients, and another one (maybe purple this time) wielding a sword. Exciting stuff!

Hence, use powerful action verbs that are familiar to your reader.

Second, describing a scientific result often also means writing about something that did not happen. However, this just tells the reader what the key player did not do and how the story did not develop. If nothing is happening, then the story is definitely not moving forward. And your reader surely doesn’t need to know about this. Hence, avoid writing about negative facts.

For example, in your paper you probably wrote

Okay, this is not wrong, but for your reader it is difficult to understand what actually happened. If the cells did not survive, what else happened to them? Here, it is better to write

Now we have one main player (cells) and one action (died). Plus, this phrase is a lot shorter while the content is still the same.

Many researchers tend to write their publications mainly in passive voice. However, passive voice doesn’t describe action and, again, it doesn’t move your story forward. Plus, it clutters your sentence structure so that it becomes unclear WHO is doing WHAT.

For example, common in scientific publications:

This sentence does not have a clear main player and no real action other than the passive verbal phrase “something is modestly increased.”

How could we improve this sentence to make it easier to understand?

You could write in active voice:

Now, this sentence has a clear main player (V. cholerae bacteria) and they do something (survive). Such an action moves your story forward because something actually happens. Yet, the content is the same as in the first sentence.

Powerful action verbs move stories forward, tell a reader what is happening and give information about the key player of the story.

Another type of challenging sentence construction in academic writing is nominalisation, where a writer makes a noun from a verb or adjective. For example, the noun “protection” from the verb “to protect.”

By nominalising, we use fewer verbs and describe less action. Such constructs often clutter sentences, extend them for no reason and confuse the reader. Most often, it is better and clearer to use the action verb instead of the nominalisation phrase.

Instead you can use the direct verbs:

These are shorter and more direct. Watch out for these common words that often introduce nominalisations:

Another problem with nominalisations is that they often go along with passive voice phrases. And, for some reason, these complicated constructs are landmarks of scientific research papers - as an expert you were trained to write this way, and for good reason: your aim is to objectively describe a process, an experiment and even a discovery.

Even if a paper is from your niche, how often does it happen that you need to re-read a sentence to understand what REALLY happened? For example, in research papers, you might find complicated structures like these:

This is just confusing. Someone was killed and someone was protected but you have to read this sentence multiple times to fully comprehend who is doing what.

Instead, to improve this sentence, you should start with the main player (members of the Enterobacter cloacae complex) and say what they are doing (killing). Now, you can add the other pieces of information in a logical order to help your reader understand the action.

Hence, this sentence would transform into:

Short, clear and straightforward. So, try to make sure that nominalisations together with passive voice phrases are not part of your blog post for non-scientists (or of any written text if you ask me!).

One of the biggest differences between academic writing and science writing is the use of verbs. While academic papers often describe states or the results of experiments, such constructs do not tell stories. Like this, readers often find it hard to grasp the key messages.

Instead, powerful action verbs move stories forward, tell a reader what is happening and give information about the key player of the story. And these pieces of information will stick with the reader, so that they can learn from you and your science story! 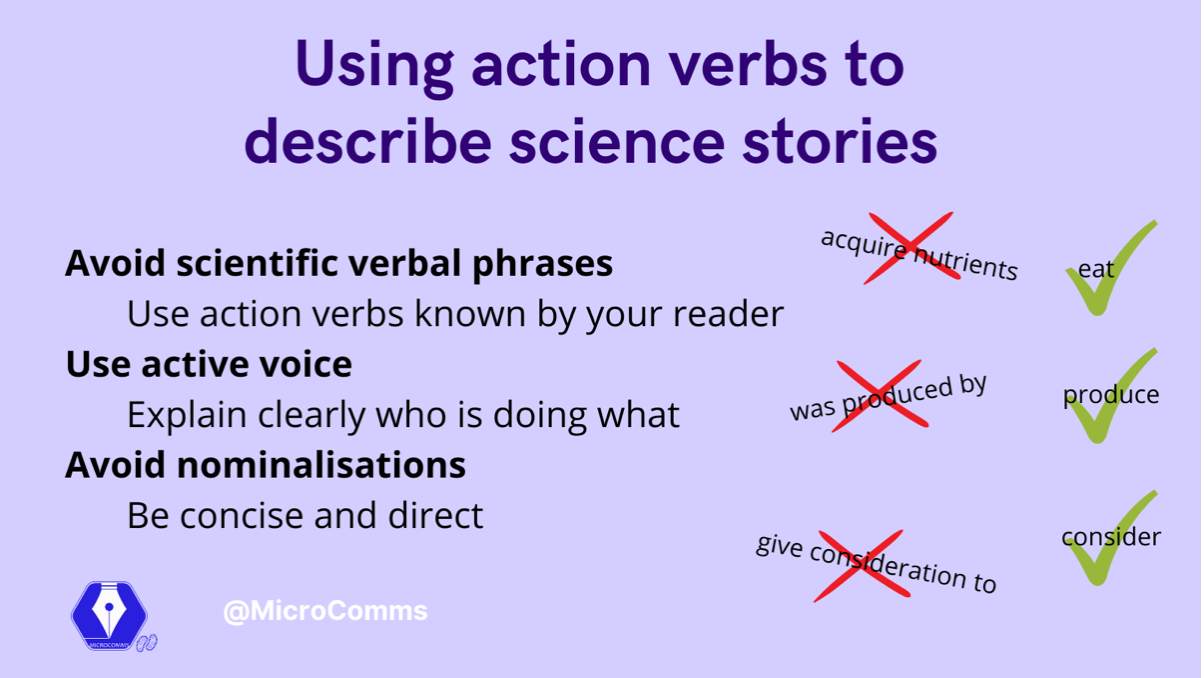 Alt Text: Infographic summarizing the use of action verbs. 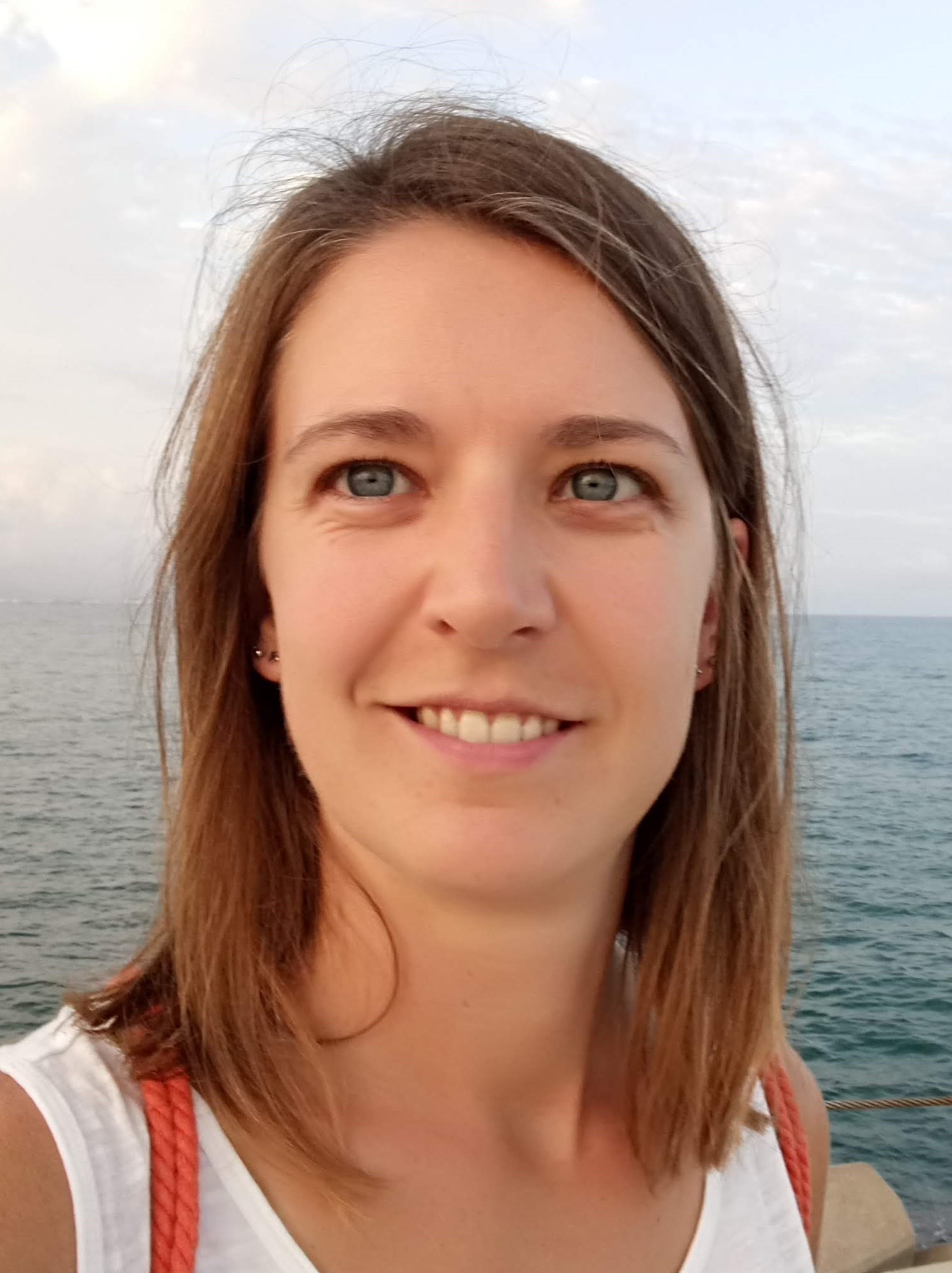 Dr. Sarah Wettstadt is a microbiologist-turned science writer and communicator working on various outreach projects and helping researchers disseminate their research results. Her overall vision is to empower through learning: she shares scientific knowledge with both scientists and non-scientists and coaches scientists in science communications. Sarah publishes her own blog BacterialWorld to share the beauty of microbes and bacteria and she is blog commissioner for the FEMSmicroBlog. Previous to her science communication career, she did her PhD at Imperial College London, UK, and a postdoc in Granada, Spain.