When the Stony Brook Union opened on February 1, 1970, it was the first spot on campus students could truly call their own, the start of the “evolvement of a real community,” according to The Statesman. The Union provided the 6,000-plus student body with their first 24-hour snack bar, along with a bowling alley, pool tables, lounge, bookstore, post office, event spaces and club rooms. It was more than just a place to eat, meet and be seen. It represented freedom and endless possibilities.

The new Union will bring together the many programs, services and people that support students’ growth and success.

But as the campus population grew and newer, flashier buildings like the Student Activities Center were constructed, the Union began to lose its luster and functionality. And a few bricks. And its bridge. After nearly 50 years, it was time for a face-lift.

In 2017, construction began with an almost complete gutting of the old building. Three years later, the revitalized Stony Brook Union — a building designed to meet the needs of our students and the offices that serve them — is nearing completion. Tenants will start moving in this spring and the Union will soon again be what it was always meant to be — the center for student services on campus.

“The re-opening of the Stony Brook Union will mark a major milestone for one of the earliest and most storied buildings on campus. The new Union will bring together — under one roof — the many programs, services and people that support students’ growth and success,” said Jeffrey Barnett, interim associate dean of students. “Students won’t need to run around campus to get things done. Everything will just be two steps away.”

The Union will be the new home of more than 18 different student-centered departments, including Advising, Academic Success and Tutoring, Commuter Student Services, Financial Aid, Registrar, Undergraduate Colleges, Student Accessibility Support Center, Student Life, Interfaith Center, Orientation and the UNITI Cultural Center. It will also be the club hub for all student groups and organizations, featuring more than 20 conference rooms, a midsize ballroom for special events, a gaming room, and for the first time ever on campus, a dedicated performance group rehearsal space. And, of course, there are many spaces for students to study and to connect with friends.

“This new Union is designed to grow with our students and meet their changing needs,” said Rick Gatteau, vice president for student affairs and dean of students. “Its completion is the next step in our mission to create a nexus of student life, connecting the Union, East Side Dining, the Career Center and the Student Activities Center.”

The name of the original Union was a placeholder while administrators discussed naming it after a famous New Yorker. The contenders at the time were Lenny Bruce and John Steinbeck. 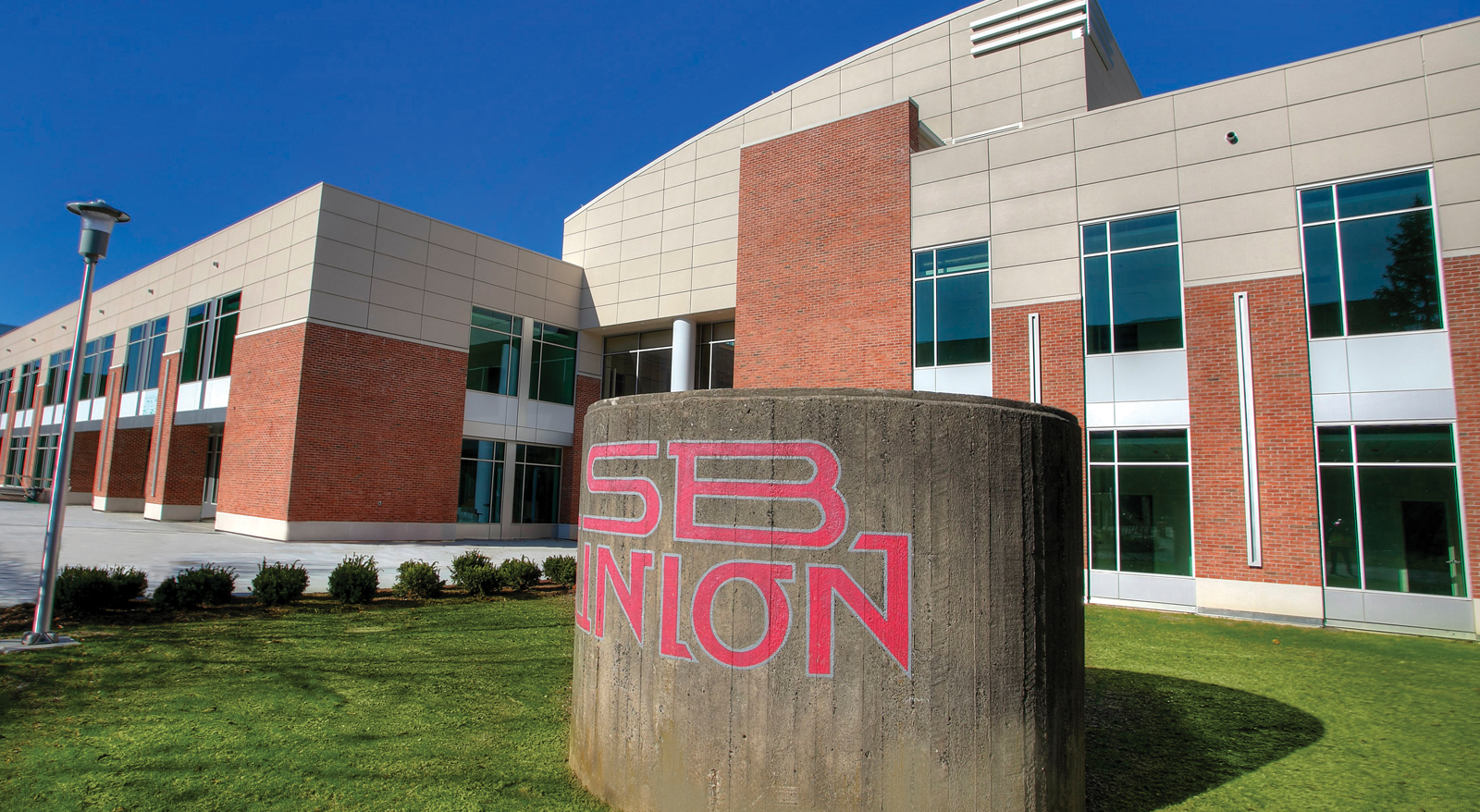