Leo Tolstoy apparently had little use for those who study the past.

“Historians are like deaf people who go on answering questions that no one has asked them,” he once wrote.

The works of many Stony Brook University historians seem to disprove the Russian novelist’s characterization of the profession. To be sure, these scholars find themselves squarely — if sometimes reluctantly — in the midst of some of the hot-button issues of our time.

The questions they ask and the answers they provide, while gleaned from long, solitary hours in archives and libraries around the globe, are hardly ignored by the wider world. Indeed, they seem to spread like wildfire from scholarly journals to books, speaking engagements and the op-ed pages of major national newspapers.

Art historian and Stony Brook University Professor Emeritus Michele Bogart, for example, has found herself in the middle of one of the most contentious debates in polarized America: the so-called “Monument Wars” that have led to confrontations between those who believe that statues erected decades ago to commemorate, say, Robert E. Lee or Christopher Columbus, should be preserved as part of our collective heritage or, Bogart argues, as important urban-historical artifacts, and those who argue that they are symbols of racism and oppression that need to be removed.

During her 37-year career at Stony Brook as a professor of art history in the College of Arts and Sciences, Bogart, who retired in 2019, focused on commercial culture, urban design and public art — statues, murals and other works commissioned and displayed by governments. Offensive or not, she said, such public art has a broad range of additional meanings — as processes and social history — that can help teach us more about the society that created them.

“You don’t have to take them down,” Bogart said. “What I’ve been trying to show is that you can feel anger and distaste for the work, but still use it as the basis of education.”

Bogart has asserted her views in many publications, including a September 2019 article in The New York Review of Books decrying a San Francisco school board decision to paint over a mural of the life of George Washington — a significant piece of art created during the New Deal era that included portrayals of Native and African Americans that a few find offensive. In the article, she called the decision, which is currently being challenged in court, “a travesty.”

Not surprisingly, Bogart has found herself on the receiving end of criticism from those who disagree with her assertions that controversial artworks should not be removed. It’s not a comfortable position.

“I’m not a combative person, and I really don’t like fighting,” she said. Nevertheless, she stands by her opinions. “I know I’m coming from a position of knowledge that I’ve accumulated over 30 years of work and four books.”

Abena Ampofoa Asare, an associate professor in the Department of Africana Studies, is focused on the fight for human rights around the world — specifically on the use of truth and reconciliation commissions to help confront and ameliorate the consequences of human rights abuses in the past. Although more than 15 African nations and many more in Latin America, Asia and North America have initiated such commissions over the past three decades, Asare looked specifically at the example of Ghana, where many who suffered under abuses of the past were asked to bring their testimony and tell their story.

Her scholarship seems to have struck a chord with American audiences, as she discovered after the 2018 publication of her book Truth Without Reconciliation: A Human Rights History of Ghana (University of Pennsylvania Press).

“In my book talks last year, I was fascinated by how different communities within the U.S. engaged with the research,” Asare said. “After all, we live in a country that is still working through how to confront and make amends for its own histories of political violence.”

Beliefs That Lead to Bias

Racism takes many forms. Sara Lipton, a professor in the Department of History, has studied portrayals of Jews over centuries, from the Middle Ages to the 1930s and the rise of Nazi anti-Semitic propaganda. She wrote an article in The New York Review of Books titled “The Invention of the Jewish Nose.”

My primary goal for talking about bigotry in the past is to try to undermine the widespread assumption that human beings are inevitably either suspicious of or hostile to people who are different. Usually that difference is invented.

“The idea that Jews look a certain way was created over decades, until people gradually began to assume it’s the truth,” she said.

Her findings, along with many striking examples of artistic representations of Jews from the Middle Ages, are the basis of her 2014 book Dark Mirror: The Medieval Origins of Anti-Jewish Iconography (Metropolitan Books).

“My primary goal for talking about bigotry in the past is to try to undermine the widespread assumption that human beings are inevitably either suspicious of or hostile to people who are different,” Lipton said. “Usually that difference is invented.”

Such challenges have long faced Mexican-American farm workers, and they are the subject of Lori Flores’ award-winning book Grounds for Dreaming: Mexican Americans, Mexican Immigrants, and the California Farmworker Movement (originally published in 2016 Yale University Press and released in new paperback in 2018). Flores, an associate professor of history at Stony Brook, analyzes the complex relationships of cooperation and conflict between Mexican Americans, Mexican male guest workers (braceros) and undocumented immigrants in their struggles for civil and labor rights in California’s Salinas Valley from the 1940s to the present.

In her current book project, Flores is examining how Latinos, both citizen and migrant, have helped shape the U.S. Northeast — socially, culturally and politically — through their labor in the food industry from 1940 to the present day.

Born in Texas to parents who each worked in the agricultural industry at some point in their lives before moving into careers in education, Flores has a different take on the relevance and timeliness of her historical scholarship.

“When I tell someone about my work, they often say, ‘Oh, that’s so timely,’ ” she said. These days Flores answers, “It’s always been timely. It’s always been important. The lives of immigrants, workers, racial minorities and other people who have been affected by racism and xenophobia and marginalization have always been essential to pay attention to.”

Another seemingly intractable modern problem is healthcare. Although Democratic presidential candidates are currently debating Medicare for All and the role of private insurance, such arguments aren’t new at all, said Nancy Tomes, a SUNY Distinguished Professor of history at Stony Brook.

“The battle lines we’re fighting over right now were pretty much there by the 1920s and 1930s,” Tomes said. “The same debates were going on then.”

Her 2016 book, Remaking the American Patient: How Madison Avenue and Modern Medicine Turned Patients into Consumers (University of North Carolina Press), recounted the history of healthcare in the United States and challenged the nostalgic view of the practice of medicine as having been simpler and more equitable in the past. Tomes’ book, which received the distinguished Bancroft Prize, was called “utterly fascinating” by The New York Times.

“A lot of people aren’t interested in complexities,” said Tomes. “They want a villain, simple stories and simple answers, and the history of American healthcare is very complicated and very messy.”

As can be all of history. But as Stony Brook historians are helping us realize (even if Tolstoy didn’t), the past is where we can truly begin to understand the present.

John Hanc is the author of Jones Beach: An Illustrated History and a contributor to Newsday. 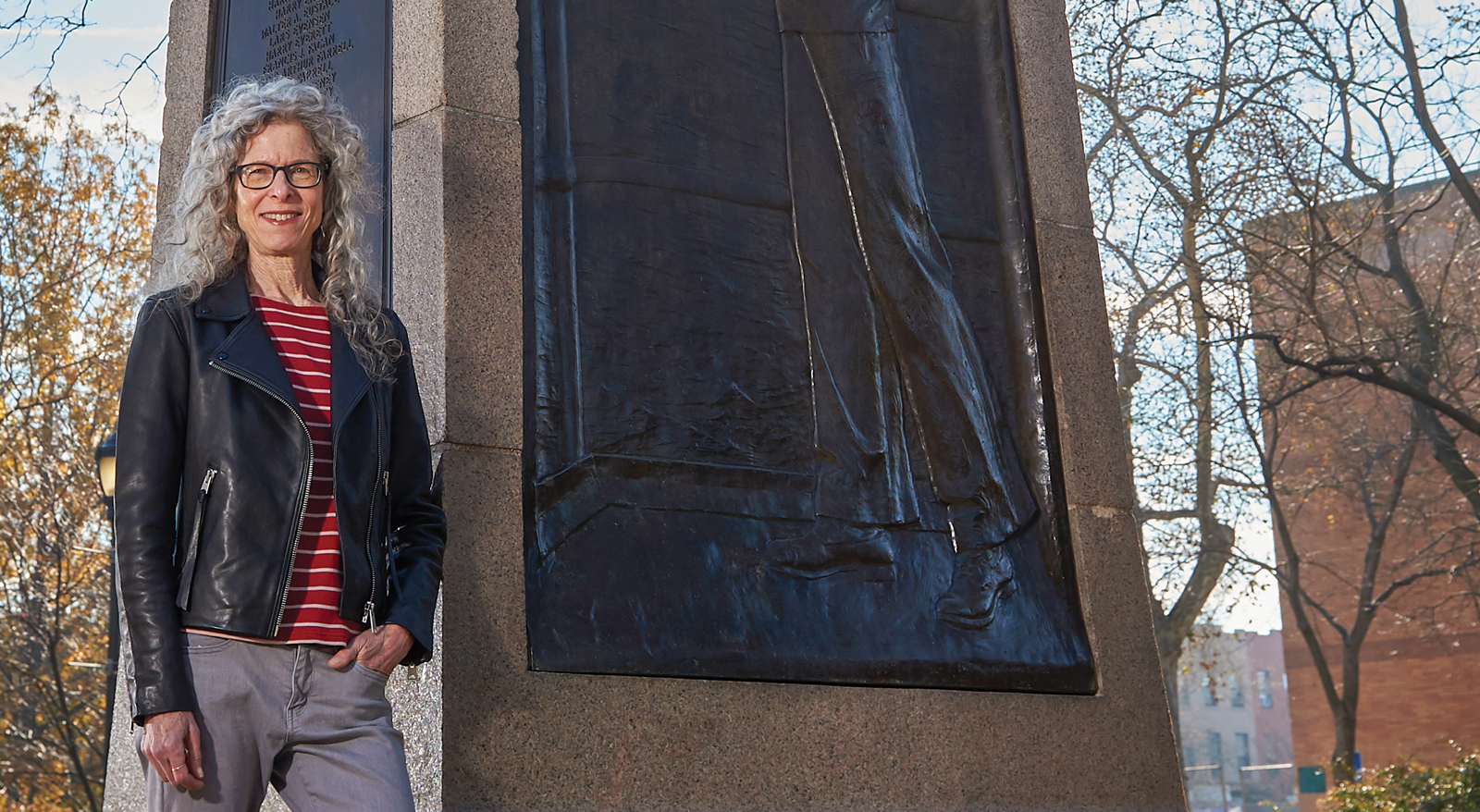 Carroll Park War Memorial in Brooklyn is one of the many monuments Michele Bogart has studied in an effort to help preserve them. 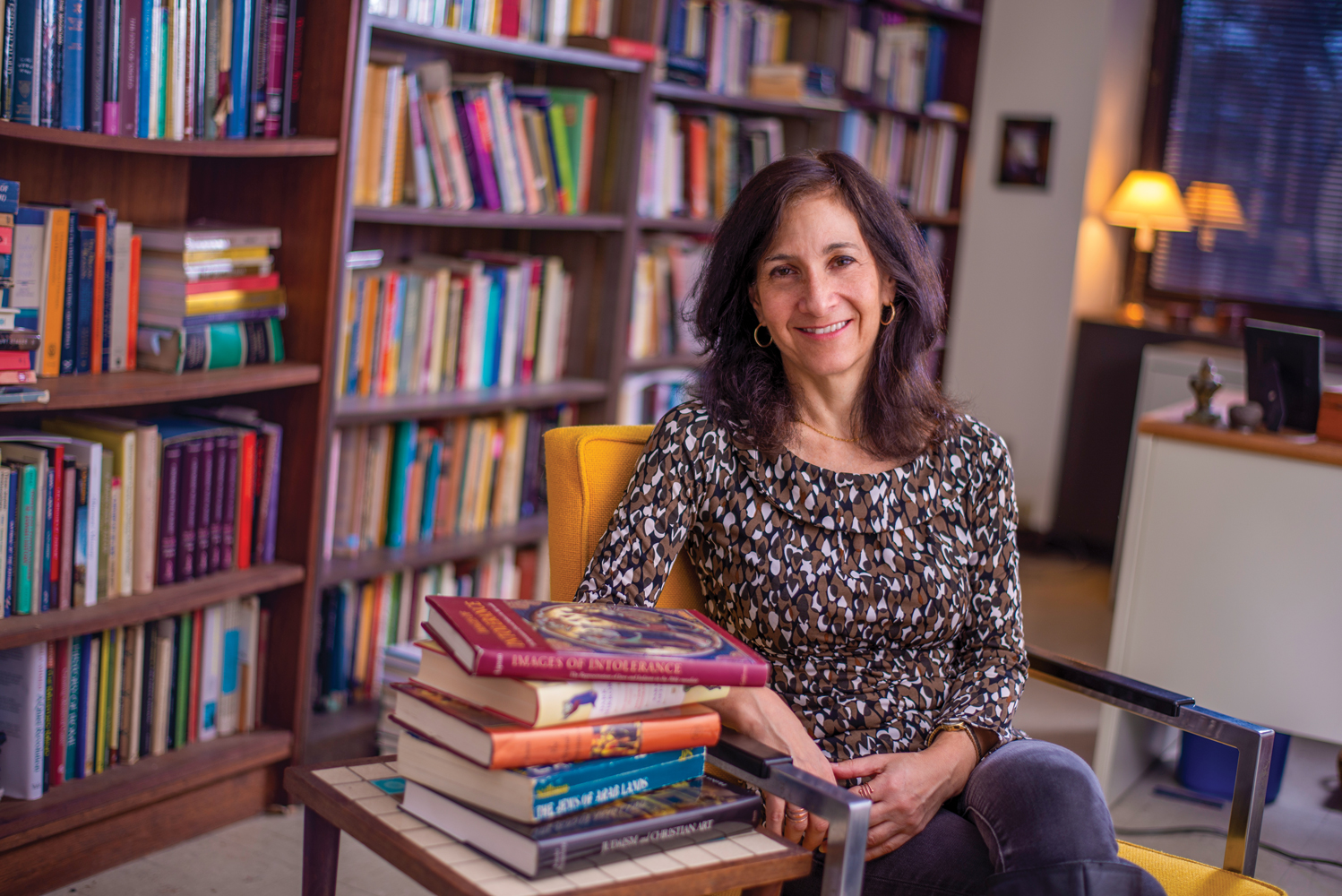 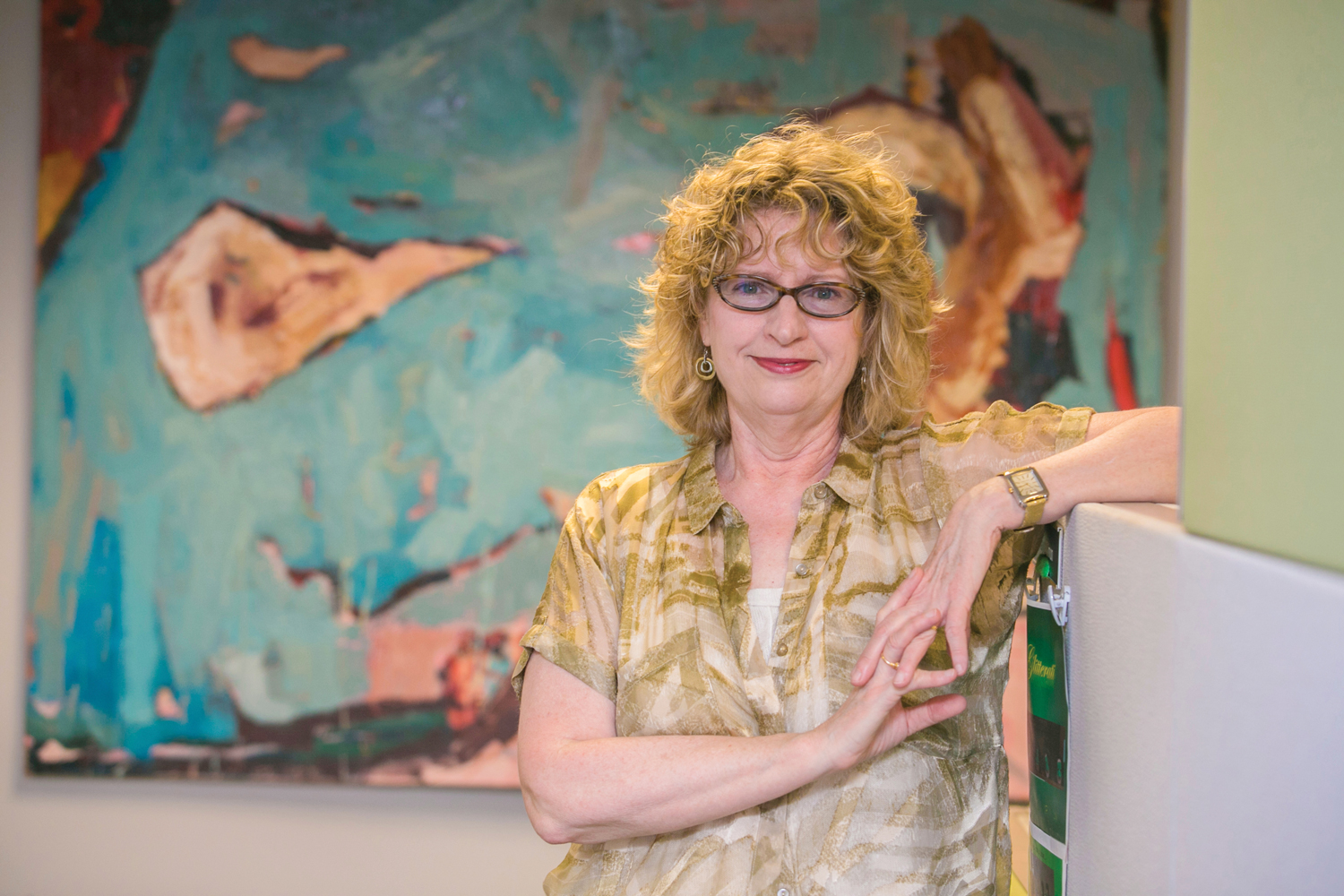 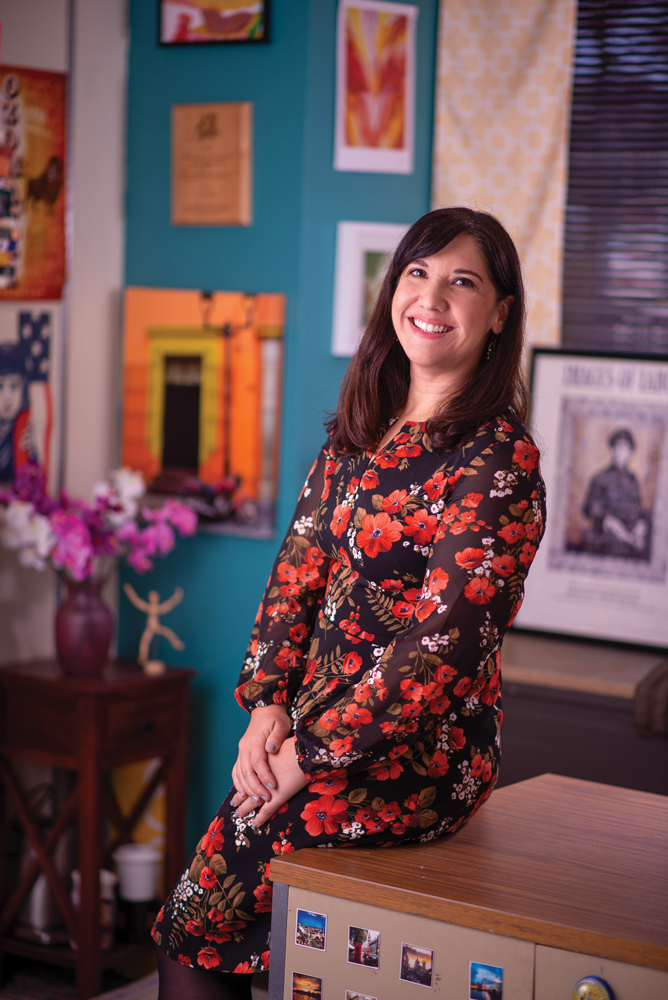 Lori Flores focuses on Latino life, labor and politics in the U.S. from post-WWII to the present, particularly in the food industry. 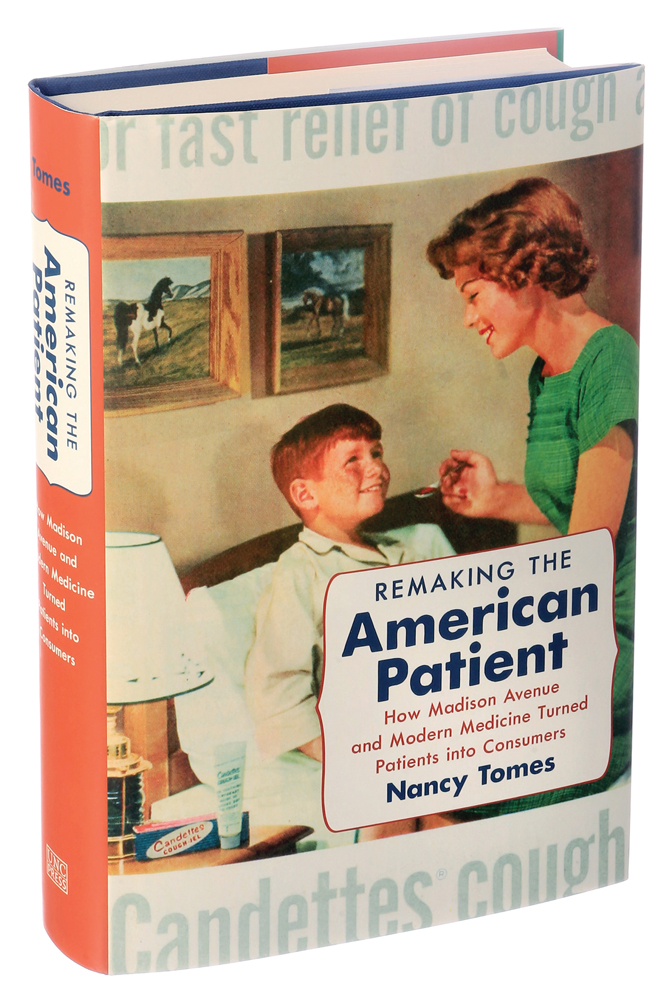 Nancy Tomes' book recounts the history of healthcare in the United States and challenges the nostalgic view of the practice of medicine as having been simpler and more equitable in the past.