Stony Brook has joined the agriculture and dining renaissance with two innovative vegetable gardens: one in a former freight container on West Campus, and the other on the third floor of Stony Brook University Hospital.

The West Campus garden kicked off in the fall of 2015. Known as the Leafy Green Machine, it’s a hydroponic farm developed by a company called Freight Farms, which specializes in sustainable, on-site gardens outfitted inside discarded shipping containers.

Stony Brook’s Freight Farm is 40 feet long by 8 feet high and supplies Campus Dining year-round with lettuces, herbs and other greens, 600 to 800 heads per week in all. Located near the campus’s compost storage area, it also creates a closed-loop food-to-waste system.

Two Stony Brook students tend the farm for 15 hours a week, learning how to cultivate edible plants and use advanced crop technology that involves cloud-synced growth data, real-time camera feeds and a smartphone app that monitors and controls light levels inside the container. Other students regularly stop by the farm to check things out, and West Campus chef Sean Morrell creates dishes that prominently feature its produce. Surplus vegetables go to other cafeterias, and students are eating them up.

Sustainability has long been a Stony Brook value, and we are the first university to introduce a hydroponic Freight Farm to its campus.

Likewise pioneering, Stony Brook’s Medical Center first planted a rooftop garden — Stony Brook Heights — in July 2011. Since then it has expanded from 800 to 2,200 square feet, feeding countless people and serving as a dietary model for hospital patients and other hospitals alike. Funded in part by a grant from the New York State Department of Health, the garden is managed by Josephine Connolly-Schoonen, executive director of the Stony Brook Medicine Nutrition Division.

Connolly-Schoonen oversees the project and is fully hands-on with all operations, which includes tilling the dirt, picking the produce and encouraging everyone to get involved. She invited hospital faculty and staff to supply the hospital garden with earthworms from their own yards, which they did. She’s organized cooking classes on the garden rooftop, turned University students on to the gardens and proudly describes witnessing “medical students tasting flowers.”

Most of all, her aim to introduce healthy food to patients, especially children, is working. The patients approve, and she says that she has heard many remark: “I didn’t know it could taste this good.” “It” in this case refers to both vegetables and — even more surprising — hospital food.

Connolly-Schoonen works directly with Stony Brook Hospital chef John Mastacciuola, who masterminds the patient menu based on what’s available in the garden during the growing season. “Chef John,” she says, “shifts the cultural norm that says, ‘If it tastes good, it’s not good for you.’” Each day, patients receive placards that describe the recent harvest and can choose from the resulting menu dishes. “In just the last year,” she says, “we harvested beans, beets, cucumbers, herbs — the herbs are great for Chef John.”

Last January, in recognition of these efforts, Stony Brook University Hospital was ranked first nationwide among 24 hospitals by the Physicians Committee for Responsible Medicine for having a “healthy hospital food environment.”

The hospital garden’s surplus goes to local green markets. “The charities we donate to,” Connolly-Schoonen says, “are getting more attention because of it. We’re advocating for community gardens in general. Produce can be expensive, but it doesn’t take a lot of money to start a community garden. It’s empowering, and involving children is key: establishing healthy eating habits early and emphasizing the importance of a plant-based diet.”

Connolly-Schoonen says that the garden continues to expand. “It’s a big awareness piece that has an impact on people’s health and healing.” 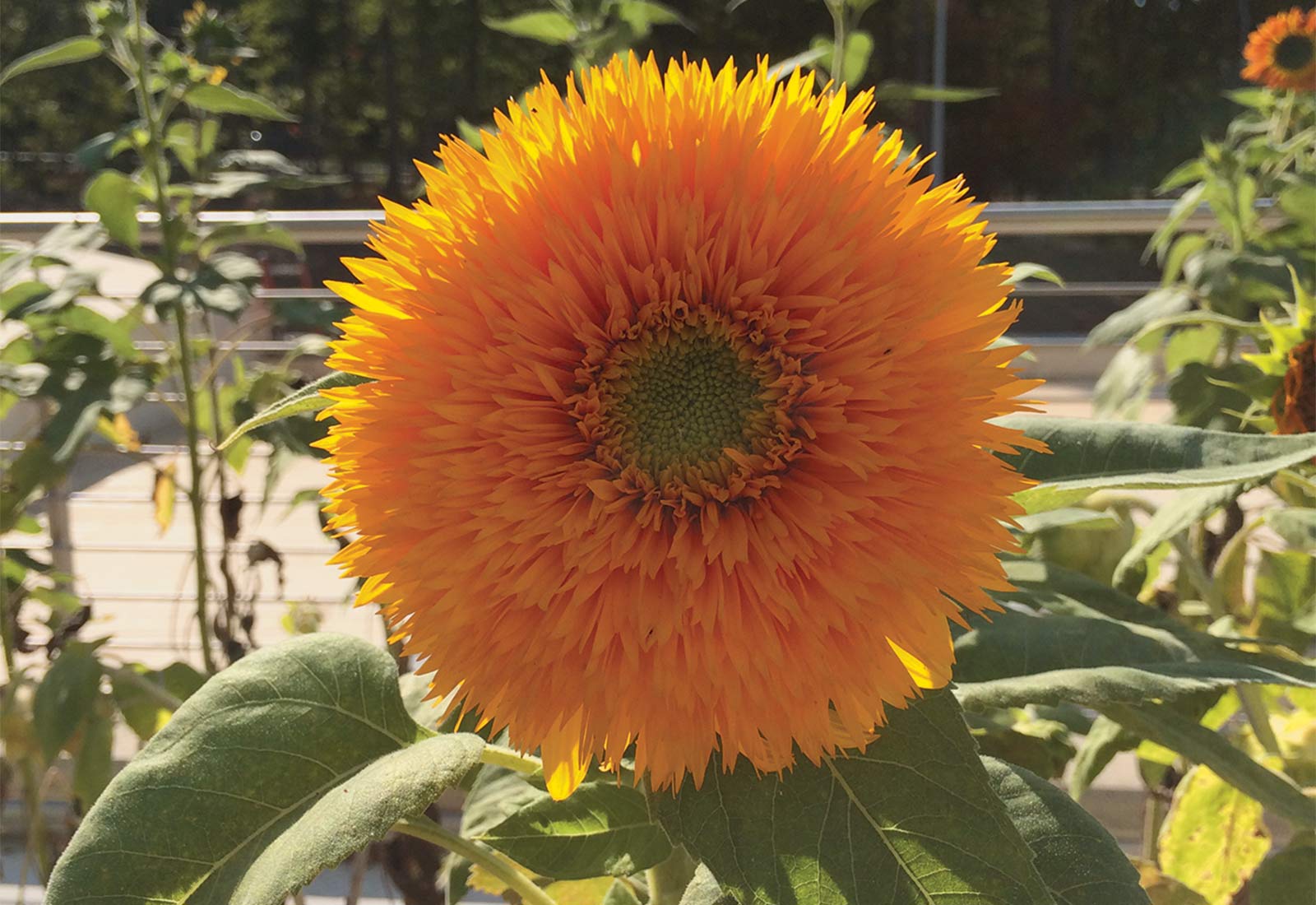 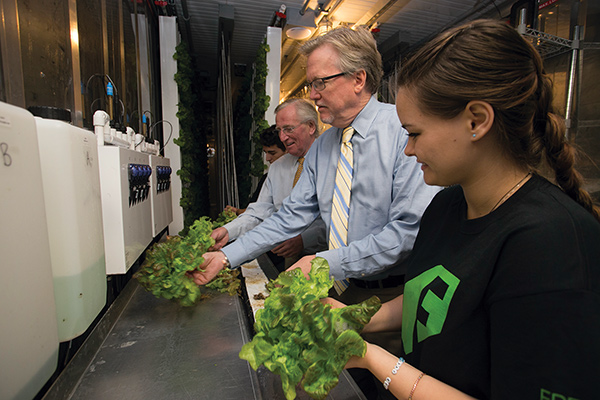