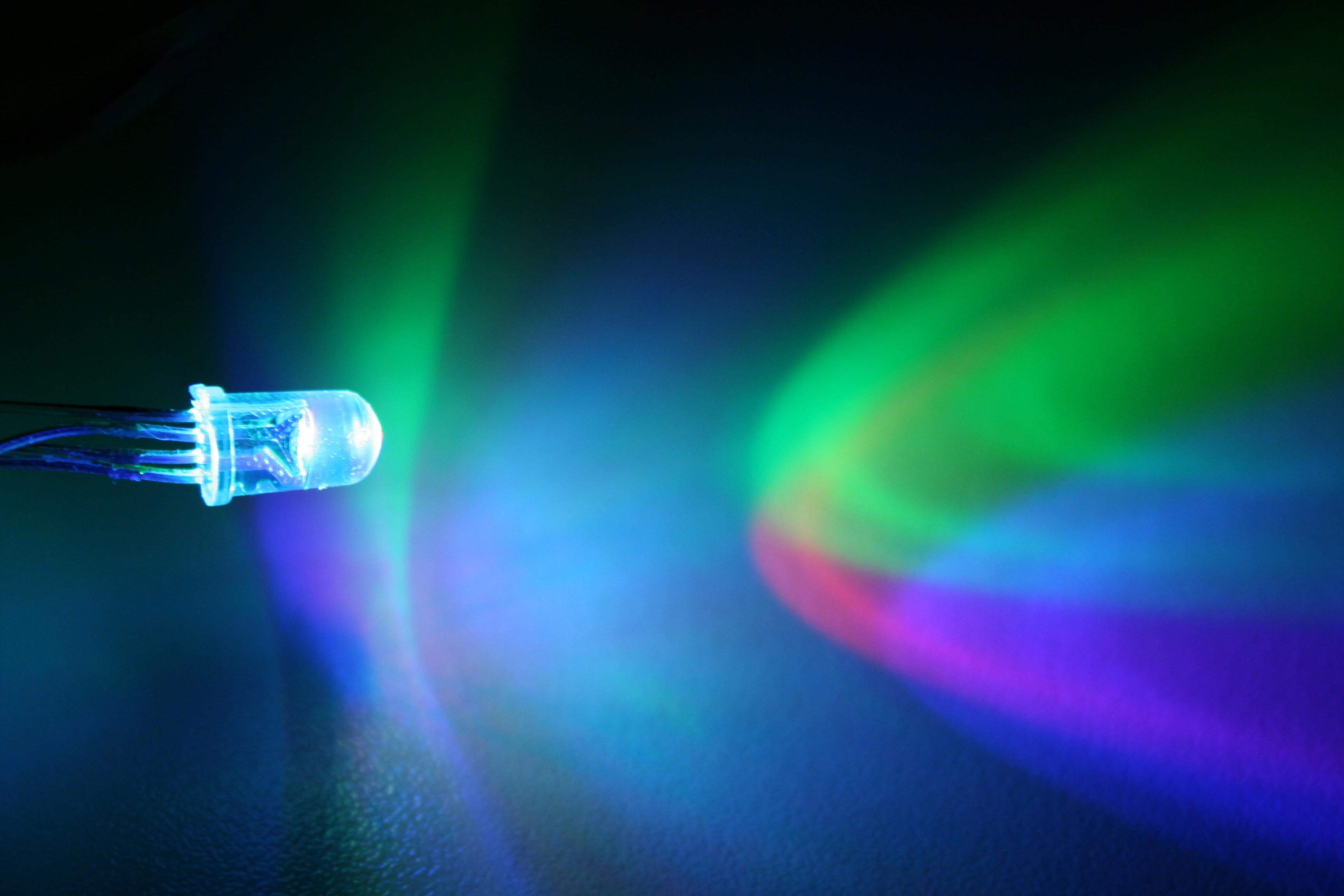 Light emitting diodes (LEDs) are semiconductor devices that convert electrical energy into light. Like all diodes, they conduct electricity differently in one direction as compared to the other. A typical LED conducts easily in the ?forward? direction (emitting light), while blocking current in the ?reverse? direction. Stony Brook University is developing superlattice LEDs, which differ from typical LEDs in that they conduct current well in both directions, though they produce light only when the current is in one direction; they are dark when carrying current in the reverse direction.

Researchers at Stony Brook University have developed a technology that permits the generation of two wavelengths of light from a single LED. Either wavelength, but not both, can be active at any time. This is accomplished without increasing the cost of the LED or substantially increasing the complexity of the drive circuitry. The device is well suited to applications in gas spectroscopy where the reference and probe beams can originate from the same physical location, ensuring an identical beam path and permitting the reuse of the optical components. The device is also well suited for infrared scene projection applications where dual color pixels can be made using only two contacts per pixel.

Stony Brook University seek to develop and commercialize, by an exclusive or non-exclusive license agreement and/or sponsored research, with a company active in the area.