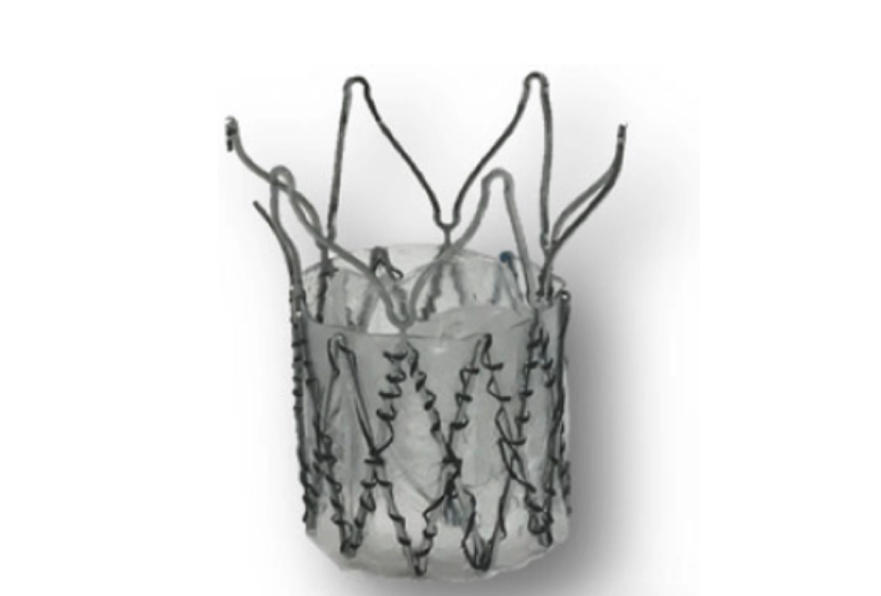 Heart valve related diseases remain a significant public health issue affecting an estimated 2% of the population with 4% of those over 65 having aortic stenosis (a narrowing of the valve opening leading to heart failure), the most common and life threatening form of heart valve disease. About 33% of people in need of valve replacement are considered inoperable. The current standard of care relies upon open-heart surgery to replace diseased valves with either mechanical or bioprosthetic valves derived from animal tissue, each with significant disadvantages such as chronic anticoagulation and early structural deterioration, respectively. There are about 300,000 valve procedures each year in the US and Europe. Additionally, the FDA recently approved transcatheter aortic valve replacement (TAVR) for inoperable patients with severe aortic stenosis, however the current devices utilize tissue valves, with clinical evidence indicating that they may sustain damage during the implantation procedure. Polymeric valves can better withstand the stresses involved in crimping into a stent and deployment during the TAVR procedure. The recent approval of TAVR will expand the prosthetic heart valve market to near $2 billion by 2015, which will further increase by 2050 as the population of the elderly is expected to double.

Researchers at Stony Brook University, in collaboration with researchers at the University of Arizona, have developed a novel polymeric heart valve for surgical valve replacement with potential applications in transcatheter valve replacement and pulsatile mechanical circulatory support devices using an advanced proprietary polymer material and a novel valve design resulting in a valve with uniquely optimized durability and hemodynamic performance.   Polymeric heart valves offer the possibility of combining high durability and hemocompatibility into one device. In the application of TAVR, a polymeric material will avoid the damage imparted to tissue valves during the implantation process and may expand the use of TAVR into younger operable patients. However, to date polymeric valves have been limited by degradation, calcification, and thrombosis preventing their realization in the clinic. Using a unique valve design and optimization process and an advanced super-biostable polymer material, a new polymeric heart valve design has been developed which may eliminate the disadvantages of current commercial heart valve prosthetics and previous polymer valve designs. The new design has shown reduced stress concentrations, reduced platelet activation, and excellent hydrodynamics. The result is a valve design which may not require chronic anticoagulation, may have superior durability over prior designs, and one which compares favorably to a gold standard commercial tissue valve.   Further Details:   Novel Polymeric Valve for Transcatheter Aortic Valve Replacement Applications: In Vitro Hemodynamic Study. Rotman et al Ann Biomed Eng. 2019 Jan;47(1):113-125.