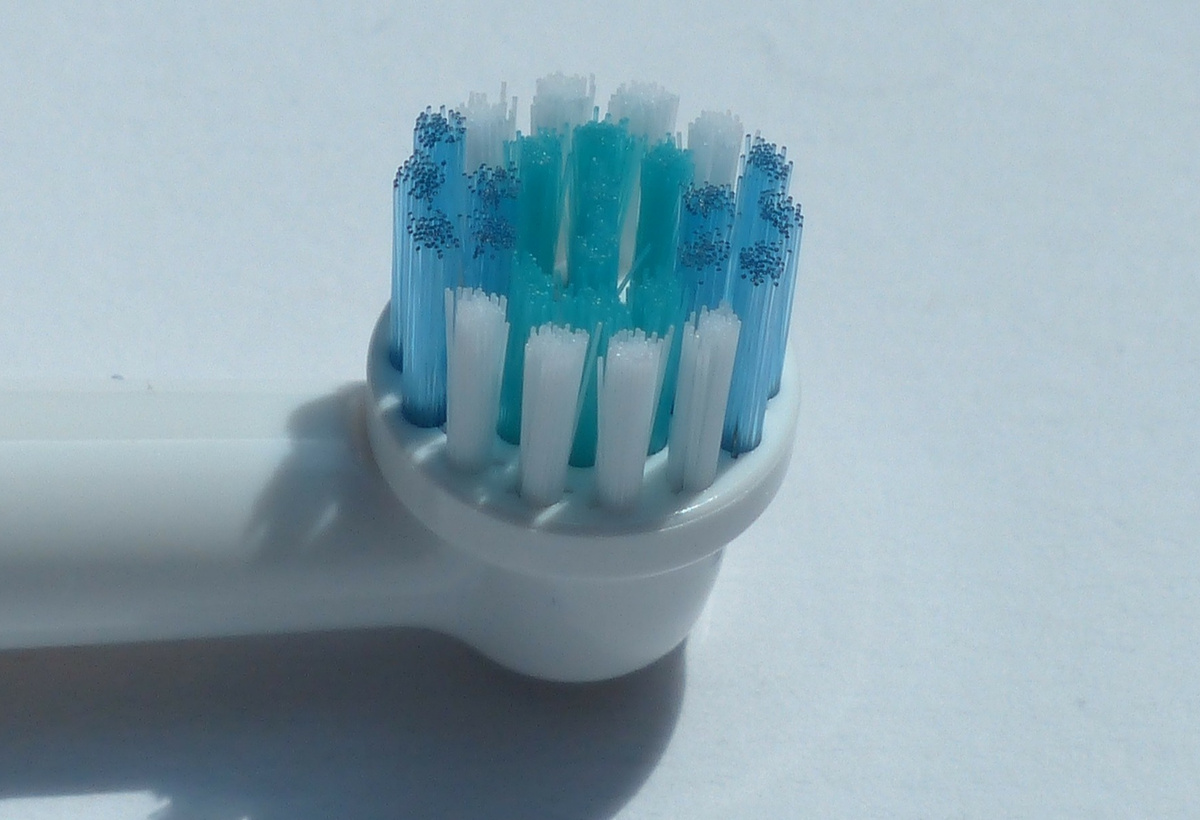 Brushing your teeth is a daily task that is paramount for good oral hygiene. To improve the results of this task, many improvements have been made in the methods of brushing teeth and the toothbrushes themselves. One such improvement was the production of electronic toothbrushes.They use a motor to generate rapid automatic bristle motions that remove plaque, reduce gingivitis, and prevent tooth decay. However, the automated brushing mechanism gives the user the wrong impression that his/her teeth are fully cleaned. Conventional electronic toothbrushes do not allow for the achievement of desired oral hygiene results due to missing the surfaces of some teeth and incorrect brushing techniques. The existing monitoring systems placed on electronic toothbrushes fail to detect these issues because they simply can’t attain fine-grained sensing granularity with a high amount of accuracy.Even with the numerous attempts to combat this issue via microphones, inertial sensors, and even cameras, no reliable solution has been put out. Using a camera not only raises privacy concerns and is dependent on line of sight and lighting conditions, but it also doesn’t detect the brushing of individual teeth, it only detects which quadrant of the mouth the user is brushing in. Inertial sensors were implemented as a potential solution, but they are also inaccurate due to the strong vibrations and oscillations caused by the electric toothbrush itself.Many users have reported developing dental problems such as receding gums, eroded enamel, and fillings falling out. Therefore, there is a need for an Electric Toothbrushing Monitoring system (ETM) that tracks brushing coverage more effectively and can identify incorrect brushing techniques in real-time.

This technology revolves around using magnetic field sensing as a detection method for any electric toothbrush. The inductive motor used in electric toothbrushes generates a form of a quasi‑static magnetic field around the brush which can be tracked and used to relay the location of the toothbrush in the user’s mouth. This magnetic field is tracked using a magneto‑inductive sensor array (through the use of customized induction coils) which can capture the time‑varying magnetic flux density generated by the motor at specific frequencies.Then, using the sensor, a set of novel technologies are used to track the fine‑grained toothbrushing activity across 16 surfaces of teeth. This consists of characterizing the complex magnetic field generated by the toothbrush motor for tracking via an analytic magnetic model, roll angle detection via a signal waveform model, and inferring the brushing surface and incorrect brushing techniques via surface recognition and brushing algorithms.The data is then recorded and analyzed to show which tooth surfaces were cleaned and which were not along with the accuracy of the brushing techniques used by the user.

Covers all 16 surfaces of teeth.Detects different types of incorrect brushing techniques in real‑time.Achieved 85.2% accuracy in an experiment involving 10 users, which outperforms other state‑of‑the‑art systems by a significant margin.Minimizes the long‑term detrimental dental effects of bad oral hygiene.

This technology is applied for electric toothbrushes to increase the effectivity of the user’s brushing techniques and also the ability to get all surfaces of the user’s teeth.