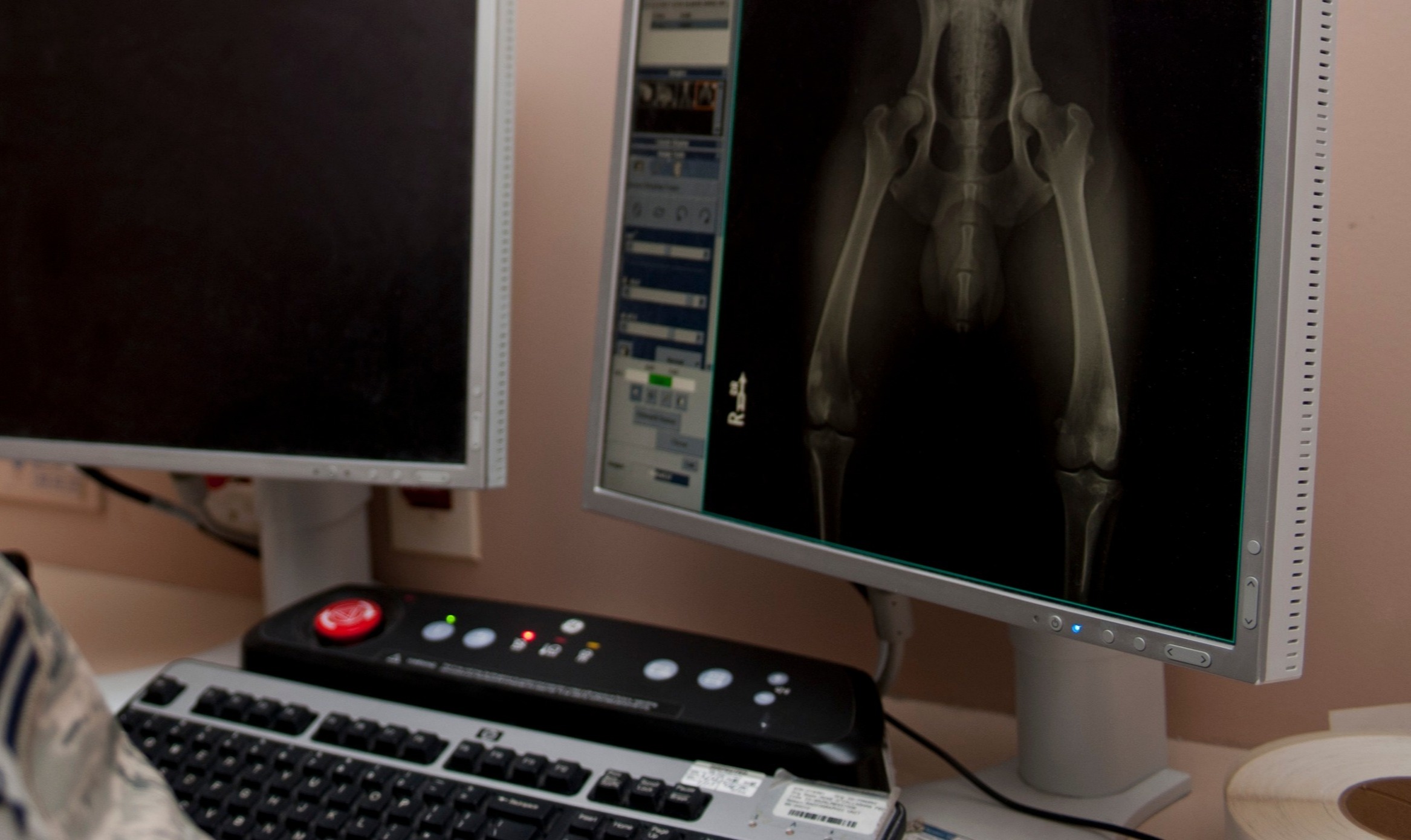 One of the most common reasons people go to any medical office is due to musculoskeletal injuries. Regardless of where patients go (primary physician's office, orthopedic surgeon's office, emergency room, and so forth), an x-ray is performed to determine where the injury has occurred and what the injury is. After the x-ray, a physician or radiologist will inspect the x-ray to see whether there is a fracture or not. Some fractures have a very notable displacement of the fracture fragment from the bone so it is often obvious to identify, however, hairline fractures are missed a notably high number of times. A hairline fracture is a minimally displaced fracture, or a tiny crack, and is extremely easy to overlook, especially since one x-ray has images of multiple bones. The consequences of not diagnosing a hairline fracture consist of serious legal and medical issues. Since the fracture was not identified, it will not be treated and therefore has a high chance of displacing to the point where it can't be healed. Even if the fracture is recognized later on, the treatment could go from being inexpensive, simple, and nonoperative to costly, complex, and operative. The patient could also take the issue to court and sue his/her doctor for misdiagnosis. Human error has to be minimized and even more so in medical issues like this one. As a result, a more accurate and consistent process is needed to examine x-rays and pinpoint easy to miss fractures.

In the US, x-rays have universally become digitized and stored on a computer. This allows for a program of algorithms to analyze the x-rays and identify any fractures present. The program converts the digitized image of the x-ray into a collection of pixels and assigns a matrix element ranging from 0-255 in a 2D matrix array of numbers. Since x-rays are black and white, the number 0-255 stands for the shade of white any given pixel is. The program then looks for a point where there is darkness surrounded by bright whiteness, which is representative of a fracture line surrounded by two ends of the bone that have broken. In conjunction with this, an advanced edge detection algorithm is also implemented to outline the perimeter of each bone on the x-ray; the perimeters are then best-fitted into a mathematical formula and a fracture is recognized when a sudden change in the parameters of the curve is noted in comparison to normal bone. Advanced image processing combined with extensive trial and error has led to the discovery of optimal ways to pre-process the x-ray images for the algorithms. After the two algorithms have found any suspicions of fractures, the program circles those points for the physician/radiologist to further review. Ultimately the physician/radiologist makes the final decision of whether the circled areas are fractures or not based on a personal review of the image and patient analysis, however, the algorithms substantially reduce the risk of missing a fracture on an x-ray.

will help reduce and potentially eliminate the relatively common but very costly mistake of not diagnosing A fracture in x-ray analysis. - improved diagnosis and Treatment of the fracture. - Reduces the Potential of A legal case due To A misdiagnosis. - Severely Reduces the probability of human error during x-ray reads.

This technology can be used in every medical case that requires x-ray analysis. This program can be adopted and even modified by hospitals, physicians' offices, surgeons' offices, and so forth depending on the scenario it is needed in.