“ There is no elevator to success, you have to take the stairs.”  Dr. Marie Badalamente shares her personal views on technology commercialization partnerships from a university researcher’s perspective, formulated as a result of her journey getting a new FDA-approved treatment “from idea to prescription.”

Dr. Marie Badalamente and her team started research on collagenase clostridium histolyticum (CCH) in mid- 1990s -- which already has resulted in the first FDA-approved non-surgical injection treatment for Dupuytren’s contracture, ongoing trials of a new injection treatment for adhesive capsulitis (more commonly known as “frozen shoulder”), and a revolutionary injection method to treat cellulite, which is now awaiting FDA approval. Still the potential of CCH is not yet exhausted.

Dr. Badalamente describes getting treatments from idea to FDA-approved prescription as a long journey, full of joys and disappointments. Apart from hard work, it demands an incredible amount of time and patience, an incredible team, and an element of luck.

It all began in the mid- 1990s, when Dr. Marie Badalamente and Dr. Lawrence C. Hurst contacted a local, Long Island-based company BioSpecifics - a small enterprise which worked on some types of topical collagenase treatments. Dr. Badalamente and Dr. Hurst came up with the idea to use collagenase clostridium histolyticum (CCH) as a non-surgical treatment for Dupuytren’s Contracture – a debilitating hand disorder caused by progressive accumulation of collagen that deforms fingers and limits motion. That’s where the journey started.

After 15 years in development, Xiaflex ® is the only FDA-approved non-surgical treatment for Dupuytren’s Contracture.  Endo pharmaceuticals is in the process of identifying mechanisms to market Xiaflex® using different distribution companies in other parts of the world such as Australia and Europe. Badalamente explains: “There are no words to express the feeling when you know that your invention helps people throughout the world. It’s a long road, but in the end it’s such a joy.” 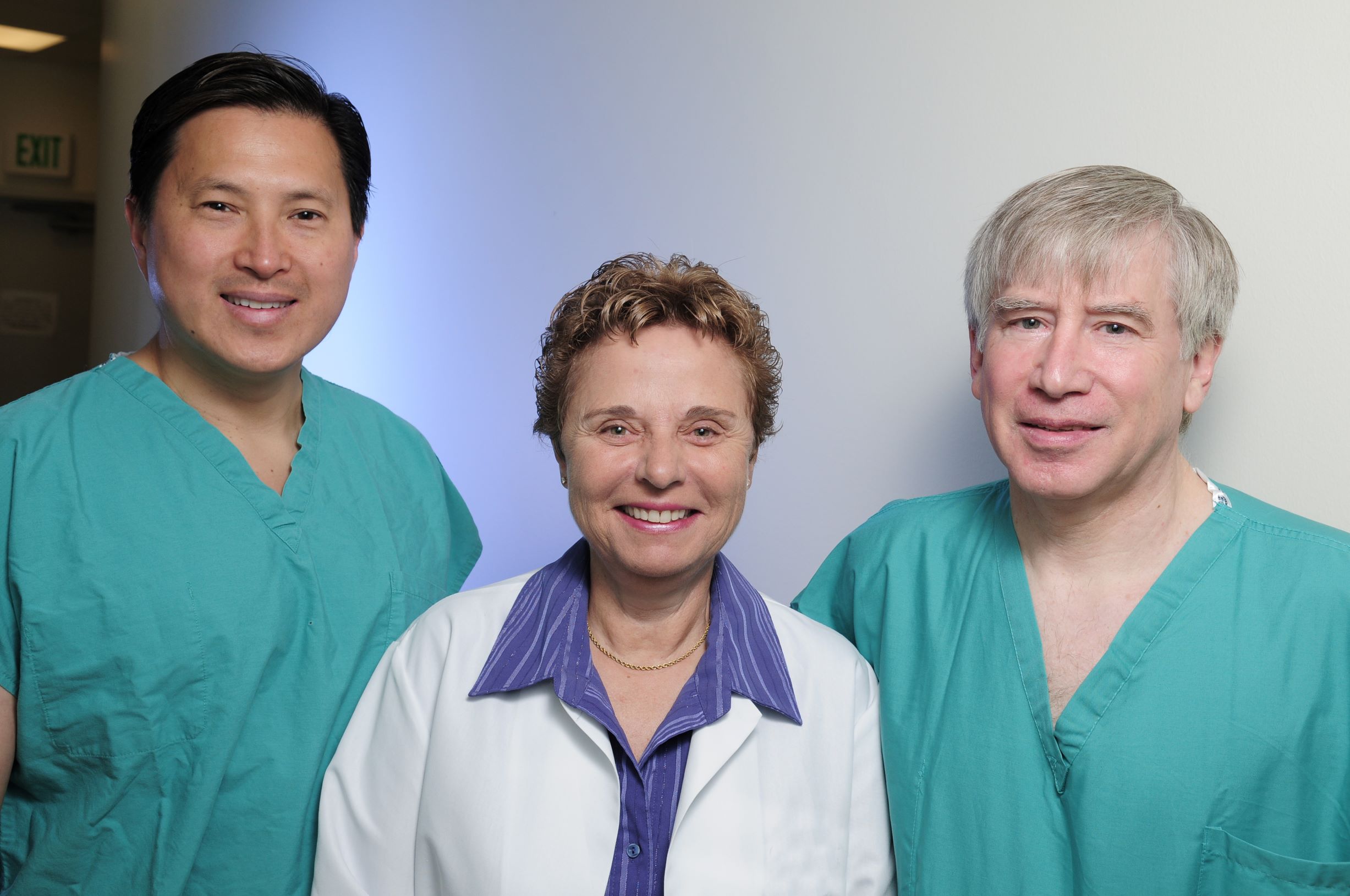 From the very early stages of research on CCH, Dr. Badalamente and her team believed there were several indications that could be treated.  In the middle of 2000s Dr. Badalamente and Dr. Edward Wang started developing the collagenase injection method to treat adhesive capsulitis (“frozen shoulder”) – a common disorder that causes pain and severely limits shoulder motion for an extended period of time, ranging from months to years. This treatment is currently undergoing clinical trials in the U.S. 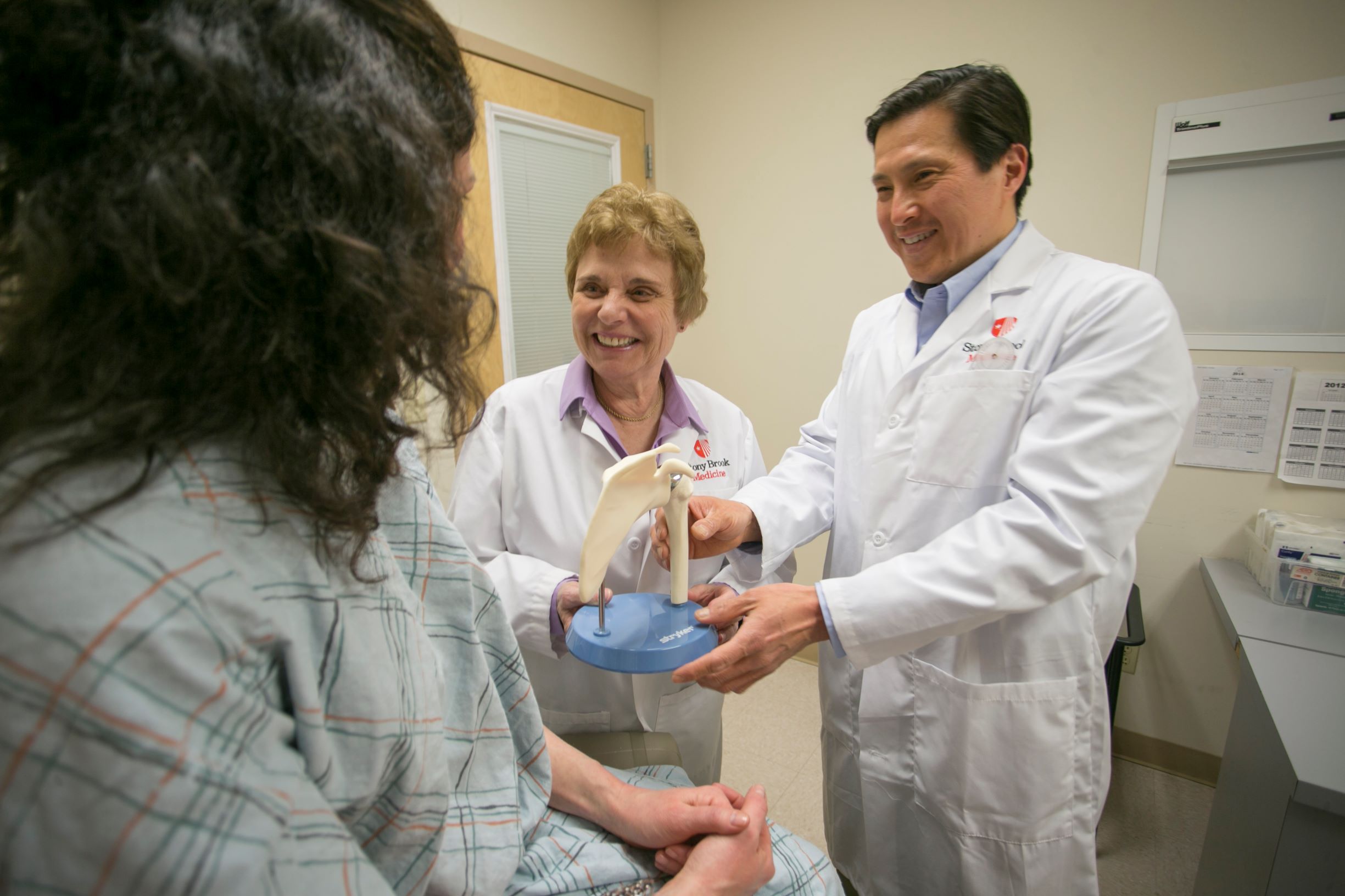 Marie Badalamente, PhD, and Edward Wang, MD, are co-investigators of a clinical trial at Stony Brook to test the use of a new drug to treat frozen shoulder

“I don’t think that the general public perceives how long the journey through FDA regulatory clinical trials is, ” - says Dr. Badalamente. – “ For example, our commercial partner spent about 50 million dollars to build a production plant in Pennsylvania to produce CCH. And that was before the Dupuytren’s treatment approval. The plant itself is subject to FDA inspection and regulation. It’s just a huge investment for a company. ”

Meanwhile another revolutionary treatment based on novel CCH injection methods was patented in 2010.  Dr. Badalamente, in collaboration with Dr. Alexander Dagum (Professor of Surgery and Orthopedics) worked on a new indication aimed at treating cellulite. Unlike Dupuytren’s Contracture, cellulite is widely known. According to the American Society for Aesthetic Plastic Surgery, cellulite influences up to 90 percent of women and 10 percent of men.  If approved, CCH injections will become the first medically-based and effective treatment for cellulite; and will be a revolutionary change in plastic surgery and cosmetology.

“My heart is in Orthopaedics; returning people their functions is my heart and soul, - says Dr. Badalamente. Still I think that returning individuals their sense of self-esteem should not be diminished”.

There are a lot of hidden challenges when collaborating with the industry; Dr. Badalamente’s advice to junior inventors is to keep in mind the importance of the intellectual property process. There are mechanisms to protect intellectual property and to negotiate the best partnership agreements with industry -- and this is what the Office of Technology Licensing and Industry Relations brings to the table.

Dr. Marie Badalamente, Professor of Orthopaedics at Stony Brook University, is a member of the National Academy of Inventors and a holder of numerous patents both in the U.S. and worldwide.