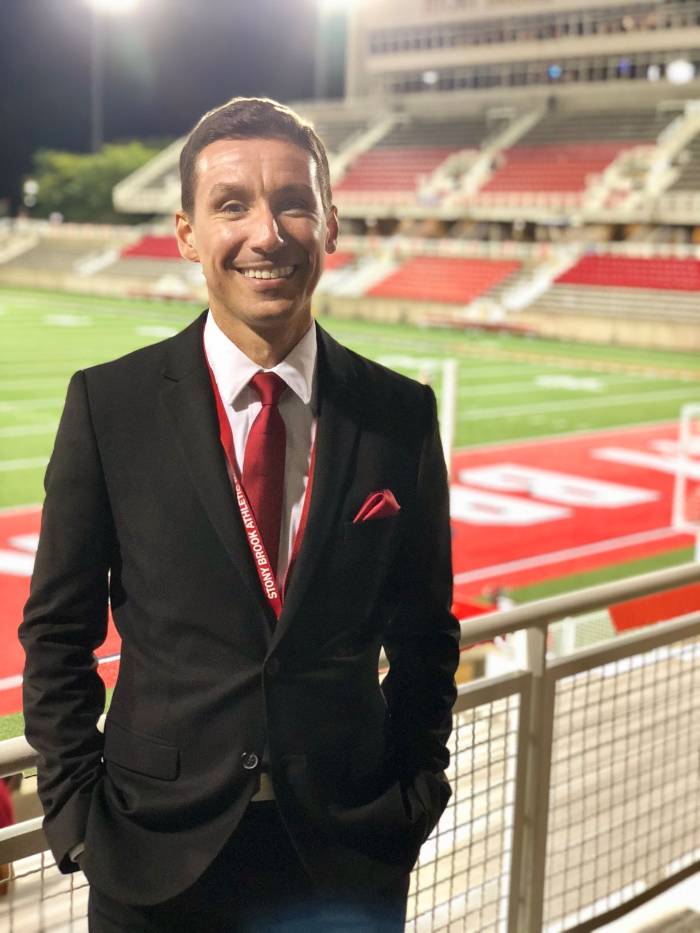 Read more about Dr. Justin Stolarik
DR. JUSTIN R. STOLARIK serves as Director of Athletic Bands at Stony Brook University, where he oversees all aspects of the NCAA Division 1 FCS Athletic Bands Program. As an active freelance musician and conductor in New York City, he has served as Associate Conductor of the Manhattan Wind Ensemble, Resident Guest Conductor of the Kings County Concert Band, Artistic Director of the National Lesbian & Gay Marching Band, Assistant Director and Conductor of the Lesbian & Gay Big Apple Corps Symphonic Band, and as a percussionist with the Brooklyn Wind Symphony (BKWS). Recent performances with the BKWS took him to Carnegie Hall, and to the 2015 World Association for Symphonic Bands and Ensembles (WASBE) International Conference in San Jose, California. Before arriving at Stony Brook, Dr. Stolarik served approximately 700 real estate agents as Market Center Administrator of Operations (Chief Operating Officer) at Keller Williams New York City.
Prior to New York, Dr. Stolarik served as Director of Athletic Bands at the University of Oklahoma, and Assistant Director of Bands at both the University of Wisconsin-Madison and Henderson State University (Arkansas). His wind and percussion arrangements have been performed by athletic bands at football and basketball games around the country before audiences of over 80,000. In addition to athletic bands, he has arranged for the Dallas Winds and the University of Texas Wind Ensemble. Dr. Stolarik has worked with such notable performers as   will.i.am  (Black Eyed Peas), Everlast (House of Pain), Tom Wopat (Dukes of Hazzard), Ed Shaughnessy (Tonight Show with Johnny Carson), Carolyn Wonderland, Roky Erickson, Ray Benson (Asleep at the Wheel), Jerry Jeff Walker, and Ghostland Observatory.
Dr. Stolarik completed his Doctorate of Musical Arts and Master of Music degrees in Percussion Performance at the University of Texas at Austin, and his Bachelor’s degree in Music Education, with Highest Honors, at the University of Florida. While at UT, he performed with the UT Wind Ensemble at Carnegie Hall in 2005 for the World Premiere of John Corigliano’s Symphony No. 3 “Circus Maximus,” and as part of a seventeen-day five-country European tour in 2008, featuring the same work. He served as timpanist on the World Premiere recording, available from Naxos Classical. During his years at UF, he was a three-year Front Line member of the Madison Scouts Drum and Bugle Corps (2000-2002), and was two-time Drum Corps Midwest and Drum Corps International Timpani Solo Champion (2001 and 2002). He was featured in issues of Percussion News and Modern Drummer for his solo performances. He later served on the Madison Scouts staff as Front Line Instructor in 2003. Dr. Stolarik is an honorary member of Kappa Kappa Psi (Alpha Tau) and Tau Beta Sigma (Beta Gamma and Theta Theta) National Band Service Organizations. 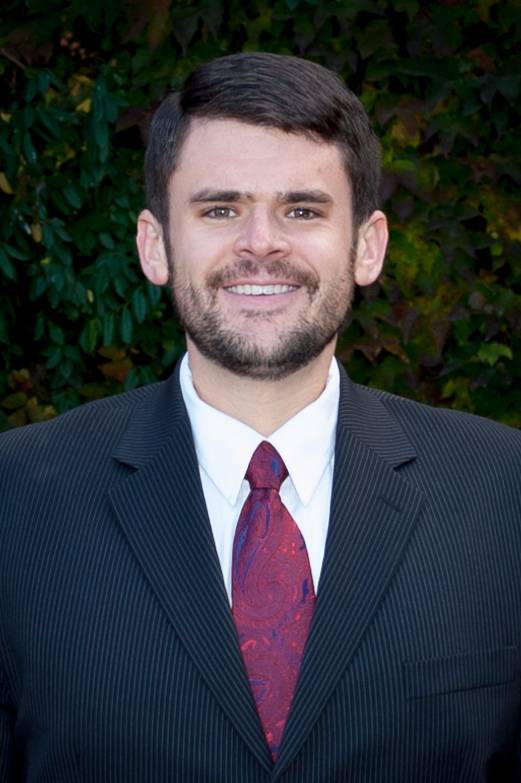 Mr. Malafronte earned his Bachelor of Music degree in Music Education from Ithaca College in 2006. He studied percussion with mallet percussion pioneer Gordon Stout and drum set with Conrad Alexander. He was a member of the percussion ensemble and frequently arranged its pieces. He also studied jazz with Steve Brown and conducting under Dr. Stephen Peterson. Vinnie earned his Masters in Liberal Arts Studies from Stony Brook University in 2011.

Vinnie brings a wealth of knowledge about marching technique, instrument technique, and  instrument repair, to the Spirit of Stony Brook program. 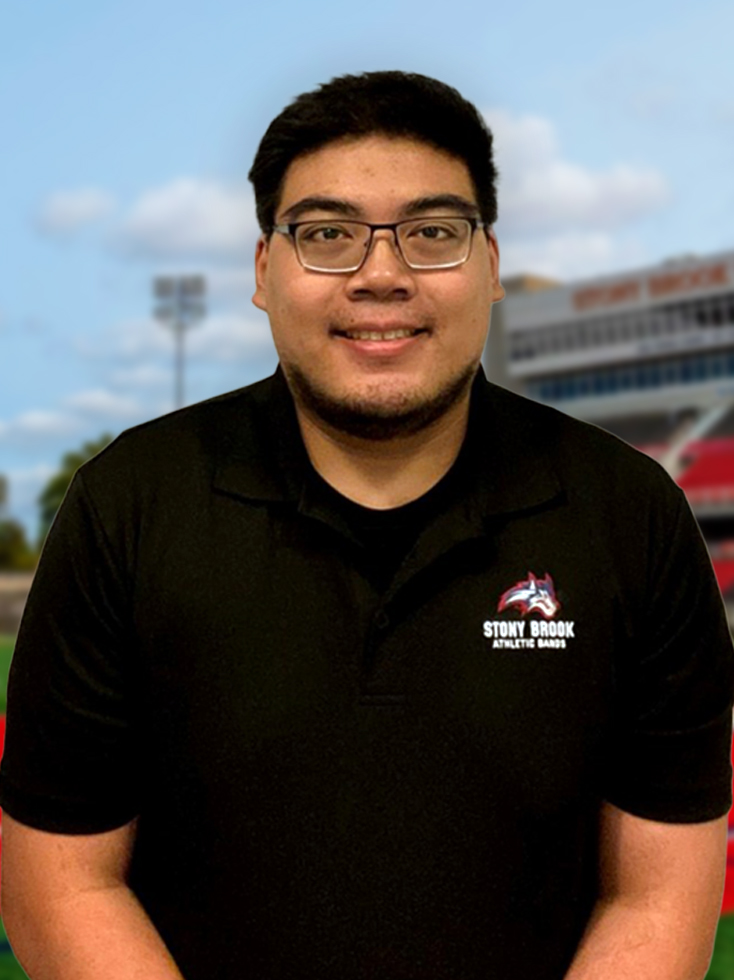 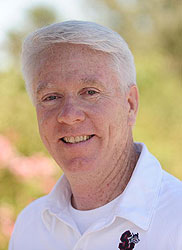 John Leddy arrived at Stony Brook University in 2006 and is the Founding Director of The Spirit of Stony Brook. Prior to that, he taught music in the Connetquot school district for 33 years where he directed concert band, jazz ensemble, and marching band at all levels.

Mr. Leddy has a Bachelor of Music degree from the Crane School of Music at Potsdam College and a Master of Arts from Stony Brook University. He studied percussion with James Peterscak at the Crane School, timpani with Morris Lang of the New York Philharmonic Symphony Orchestra, and jazz drum set with Jim Chapin, Joe Morello, and Ed Shaughnessy. Mr. Leddy was the recipient of a Summer Fellowship for music educators from Northwestern University, where he studied conducting with Mallory Thompson and Don Owens. He also served as the Director of Jazz Studies at the Usdan Center for the Creative and Performing Arts.

Since his arrival to the Stony Brook campus, Mr. Leddy has been the recipient of the following awards: 2008 Seawolves Award from the Department of Athletics in recognition of contributions to the Athletic Department, the university and student athletes; 2009 “Man of the Year” Award from  The Spirit of Stony Brook Marching Band leadership; 2010 Distinguished Service Award presented by Stony Brook University Student Affairs for outstanding service. 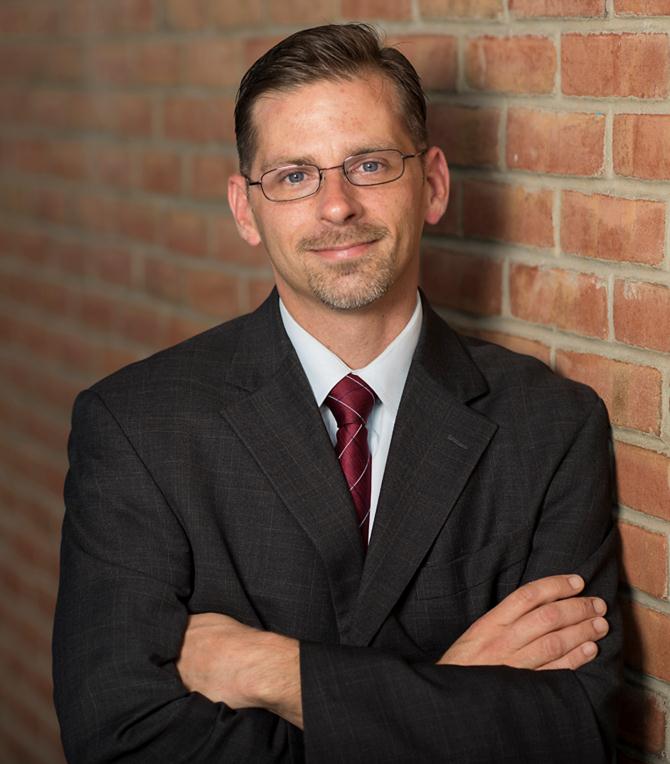 Jeff Barnett is a longtime member and proud alum of the Stony Brook community. After having completed his B.S. in psychology from Stony Brook University, Jeff went on to hold several positions at the university in Student Affairs, Enrollment & Retention Management and the Undergraduate Colleges. Jeff earned his graduate degree in Higher & Post-Secondary Education from Teachers College, Columbia University.

Read more about Dean Barnett
His professional background reaches across both Student & Academic Affairs and includes experience with academic and organization advising, orientation, first year student issues, large scale programming, student learning outcomes assessment, learning communities programs, student success initiatives, building a sense of campus community. Jeff is committed to students and to building collaborative partnerships between student and academic affairs. He has published and presented at national & regional conferences on a variety of these topics and has received departmental Distinguished Service Awards in the areas of Student Development and Systems Innovations, Research & Assessment for his work.