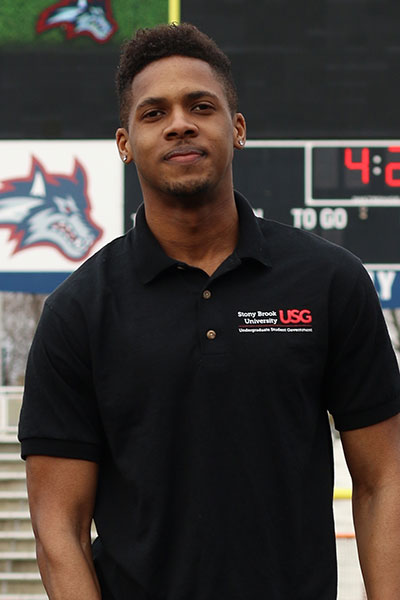 Huntley Spencer is a senior political science/sociology major on the Pre-Law track with a minor in International Relations. Spencer was previously the freshman and sophomore class senator in University Student Governement from 2017-2019.

Spencer is also an EOP (Educational Opportunity Program) student and I has worked as an EOP Summer Academy Algebra TA for the last 3 summers and an EOP Success Coach from 2018-2020.

Spencer has also worked in the Student Activities Center with the Office of Student Media throughout his years at Stony Brook. He has also served on the BHM (Black History Month) committee for the past several years.