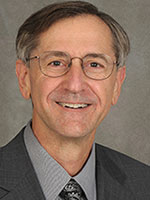 Senior Vice President of Health Sciences
Kenneth Kaushansky, MD, MACP, is Senior Vice President of Health Sciences at Stony Brook University. He earned his BS and MD degrees from the University of California, Los Angeles, and completed his Internal Medicine Internship, Residency and Chief Medical Residency, and Fellowship in Hematology at the University of Washington. He joined the faculty at the University of Washington as an Assistant Professor in 1987, was promoted to Associate Professor in 1991 and to Professor in 1995. Following his service as Hematology Section Chief at the University of Washington Medical Center, Dr. Kaushansky was named Helen M. Ranney Professor and Chair of the Department of Medicine at UC San Diego in February 2002. More recently, Dr. Kaushansky was named Senior Vice President for Health Sciences and Dean, School of Medicine at Stony Brook University. During his career Dr. Kaushansky has been a successful teacher, clinician and biomedical researcher. His laboratory work has lead to several significant discoveries, for which he received the Dameshek Award from the American Society of Hematology, awarded annually to the scientist who has provided the most seminal insight into the pathophysiology of hematological disorders, and the Outstanding Investigator Award from the American Society for Medical Research, the most prestigious award of the Society.

Dr. Kaushansky has conducted seminal research on the molecular biology of blood cell production. His team has cloned several of the genes important in the growth and differentiation of blood cells, including thrombopoietin, a key regulator of stem cell and platelet production. In recent years his group has established that thrombopoietin exerts a profound influence on hematopoietic stem cells, affects the expression of a number of transcription factors that influence stem cell fate decisions (HoxB4, HoxA9, c-Myb, HIF-1a) and has unraveled the pathobiology of several congenital disorders of thrombopoiesis. He is an accomplished clinician, and he has been a champion of the need to train more physician-scientists who can bridge the gap between the laboratory and the clinical arena, translating research discoveries into improved treatments and technologies for the prevention, diagnosis and management of disease.