Careers in Accelerator Science and Engineering 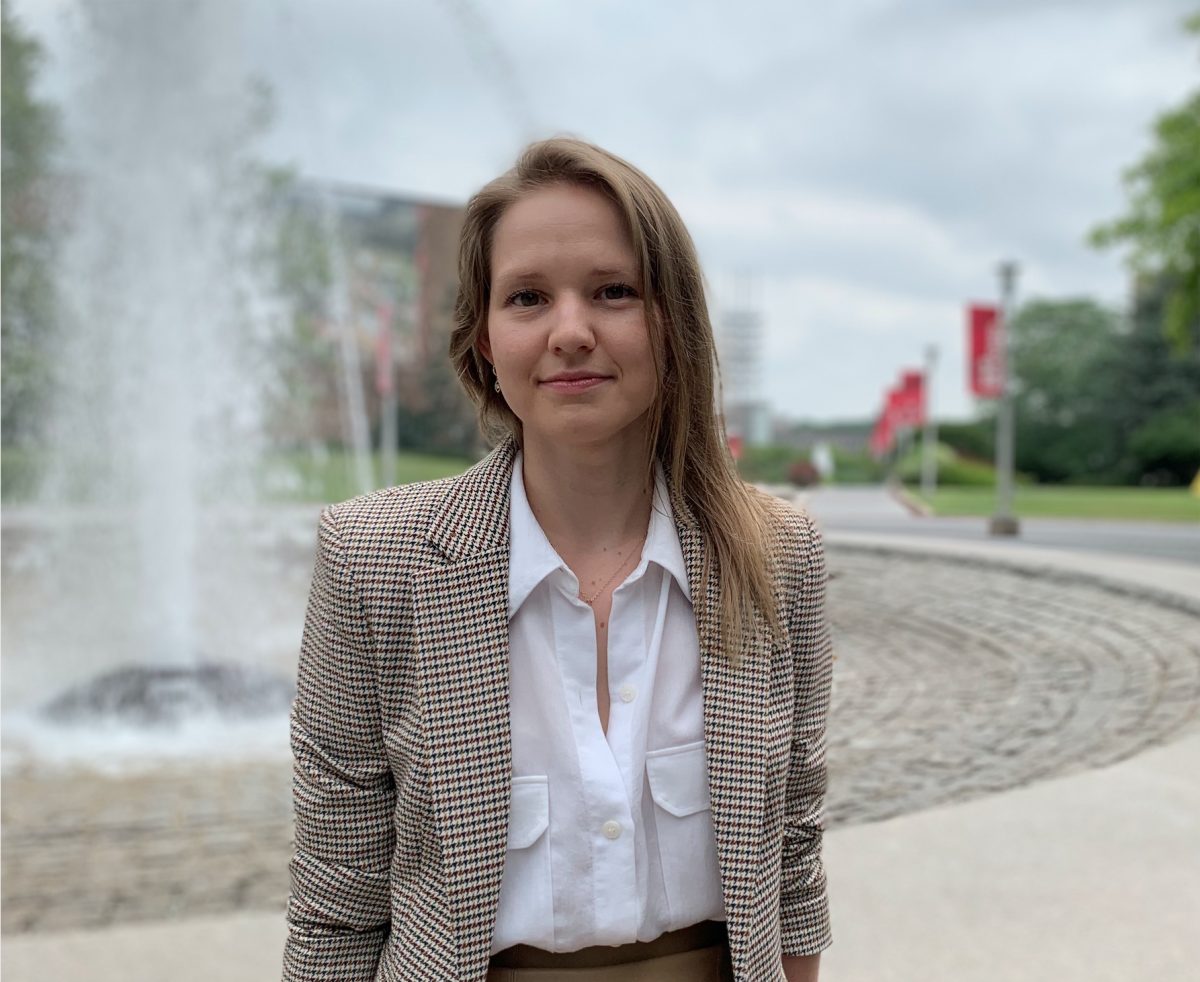 What kind of career can a love of mathematics lead to? For Irina Petrushina it led to being a Research Scientist and Research Assistant Professor at Stony Brook University working on accelerator science and engineering. In high school she enjoyed languages and literature and played in the local theatre but her favorite subject by far was mathematics. This prompted her to seek education that would use a great deal of mathematics. Instead of working in pure math though she pursued career in physics as it uses mathematics to communicate the laws of nature, as she puts it.

Irina initially studied at the National Research Nuclear University, Moscow Engineering Physics Institute, where she received the M.Sc. in 2013. When she was accepted to the NRNU MEPhI she was automatically assigned to the department of charged particle beams and accelerating devices. The more she worked on the design of superconducting accelerator structures the more she became interested in the field of accelerator physics in general. Internships at the German Electron Synchrotron Laboratory DESY and Fermi National Laboratory in Illinois allowed her to work alongside renowned accelerator physicists and experience the everyday life of a real scientist. This heavily influenced her to seek a graduate education in physics which she successfully did at Stony Brook University. She received the PhD in physics in 2019.

As a Research Assistant Professor at Stony Brook University, Irina’s past and current work has focused on several aspects of accelerator physics which are of great importance to the advancement of accelerator science and medical and industrial applications of particle accelerators. She is now pursuing two substantially different, but closely intertwined aspects of modern accelerator physics: superconducting radiofrequency (SRF) photoinjectors and Laser Wake Field Accelerators (LWFA). While SRF technology remains the backbone of the so-called traditional or conventional accelerators, the rapidly evolving LWFA machines are starting to catch up to their elder siblings to produce high-brightness, high-quality beams. The overarching goal of her work is to fully explore the unique capabilities of the SRF gun, which is currently operating at nearby Brookhaven National Laboratory, and push its performance to the limit.

Irina says working in physics is exciting, you are constantly being challenged, and never get a chance to be bored. Every day you learn something new or come up with a new solution to a challenging problem, and that can be very rewarding. At the same time, she wouldn’t say that it is simple, the scientific journey can be tough from time to time, and there will be moments, when you start questioning if this hard work really pays off. But if you really enjoy the challenge, if you like solving puzzles and making things happen, she feels physics is the right place for you.

She also thinks that accelerator science is very unique in its way. Unlike the majority of disciplines in physics, there is no distinct separation between the experimental and theoretical sides. As an accelerator scientist, you get to work on a variety of aspects at the same time since it involves development of theoretical models, a variety of computer simulations, hands-on experiments, commissioning of the experimental setups and troubleshooting. Accelerator science is highly social as you get to work in a large group of physicists and engineers working towards the same goal. Asked about her most memorable parts of her education, Irina says that during her M.Sc., Prof. Ponomarenko taught a series of courses on metrology, tube amplifiers and transmission lines. She will never forget his impersonation of a dialog between a capacitor and an inductor. At Stony Brook she really enjoyed the electromagnetism lectures with Prof. Derek Teaney, Irina thinks that he is one of the most passionate professors she has ever seen. The way he builds the lectures and how actively he delivers the information is truly remarkable she says.

Finally, Irina thinks that Long Island is a beautiful place to live. She says it is very rare to be in such a close proximity to both, the ocean beaches and the most dynamic and fascinating city in the world – New York city. Long Island offers a variety of activities with its beautiful wineries, amazing beaches and scenic villages out east. She feels that if you desire more action, New York city always has numerous attractions, museums, and events, which will never disappoint. 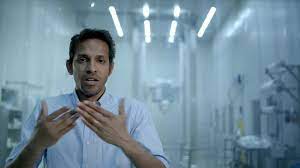 As a child in India, Rama Calaga was fascinated by physics and astronomy. He admits though that his perception of what physics was during his youth was more a fascination than reality. At Truman State in Missouri as an undergraduate student, he benefited from a close knit physics community of 7 professors and only 8 students. Rama thinks he was motivated to go to graduate school and study for a Ph.D thanks to all the professors at Truman who spent countless hours on the few physics students. He developed an interest in particle physics through a Research Experiences for Undergraduates (REU) program that is supported by the National Science Foundation. It introduced him to the practical world of experimental physics that is normally not obvious during undergraduate studies. Rama received his PhD in physics in 2016 from Stony Brook University.

Today, Rama is an applied physicist specializing in accelerator physics at the particle physics lab CERN. It is hosted in Switzerland and France and is the largest particle collider in the world, built to probe the fundamental particles of nature and their interactions. Since 2016, he has worked primarily on superconducting radio-frequency cavities used for acceleration and deflection of particle beams. Along with a colleague at CERN almost 12 years ago, he proposed the use of special type of deflecting cavities (aka crab cavities) to increase the number of collisions at the Large Hadron Collider (LHC) by 70%, which is enormous. These cavities are now being built at CERN and in collaboration with the UK, US and Canada for its implementation in the LHC machine in 2026. Rama is excited to lead this project and see it through its implementation.

He has been in the field for more than 15 years and each day there is new challenge and new ideas on a variety of topics. He has rich and diverse discussions with his colleagues, and it is a field in which he has grown to have many close friends who were first colleagues. He thinks that the field of physics is almost integrated into a daily life, it is not just another job. When he sees retired people eager to come back to CERN after the COVID restrictions to participate and contribute, it is really comforting to know that it is a lifelong adventure. There are not many fields one can say that of.

Without considering only job opportunities (there are many), Rama firmly believe that physics and science in general offers a vast spectrum of academic opportunities for the curious mind. I believe we have only touched the surface of technological development and if one can project 100 years from now, the world will be different place. The foundation however is physics and science for this change to happen.

When asked about his most positive experience he says that during his time at Stony Brook, “we rented a house with 5 other graduate students (3 in physics and 2 in music). They were from the U.S., Japan, India, and Australia it was really an enriching experience to pursue my doctoral studies in that environment. I certainly miss the campus experience and student life.”

During his undergraduate studies, Rama worked at a summer camp in Missouri as a camp counselor for 2 summers. He did that to pay for his schooling, but that experience had a significant impact on his life and how he takes care of his kids today.

When he started his pursuit of physics, Rama says he had a vague idea of physics, he thought knew everything but slowly along his studies he started to realize that he did not know much. His advice to students is be curious, ask, explore, and just don’t give up.

On living near CERN, Rama says that Switzerland and France are wonderful. However, he does really miss the U.S. and New York in particular.