The program also includes novel antibacterial agents against drug-resistant tuberculosis, MRSA, VRE and other pathogens. Despite extensive research in the last 40 years, the drugs used to treat these infections are still limited to rather classical antibacterial drugs that target cell wall biosynthesis, nucleic acid synthesis, protein synthesis, etc. Furthermore, the widespread misuse of drugs and poor patient compliance have allowed bacteria to become resistant to drugs by means of their adaptive genetic machinery, leading to multi-drug resistant (MDR) strains of bacteria. Widespread bacterial resistance to existing therapeutics for bacterial infections mentioned above has been a key hurdle for the complete treatment. Therefore, in order to counter attack the adaptive genetic machinery of bacteria, there is a dire need for the identification of novel therapeutic targets. In this context, filamentous temperature sensitive protein Z (FtsZ), an essential bacterial cytokinesis protein, is a highly promising therapeutic target since the disruption of cell division would lead to the inhibition/arrest of bacterial infection. The Ojima Laboratory has discovered novel taxanes and benzimidazoles exhibit high potency against drug-sensitive and drug-resistant tuberculosis through efficient inhibition of FtsZ polymerization, which is crucial for bacterial cell division. The drug discovery efforts have been supported by design and synthesis of novel libraries of compounds and moderately high throughput (HTP) screening as well as rational optimization of the hit compounds.

As FtsZ and tubulin have extensive structural and functional homology, a library of tubulin targeting taxanes, designed in our lab was screened to identify compounds which specifically target FtsZ. Several c-seco taxanes were found to exhibit MIC values of 1.25 - 2.5 uM with limited cytotoxicity. 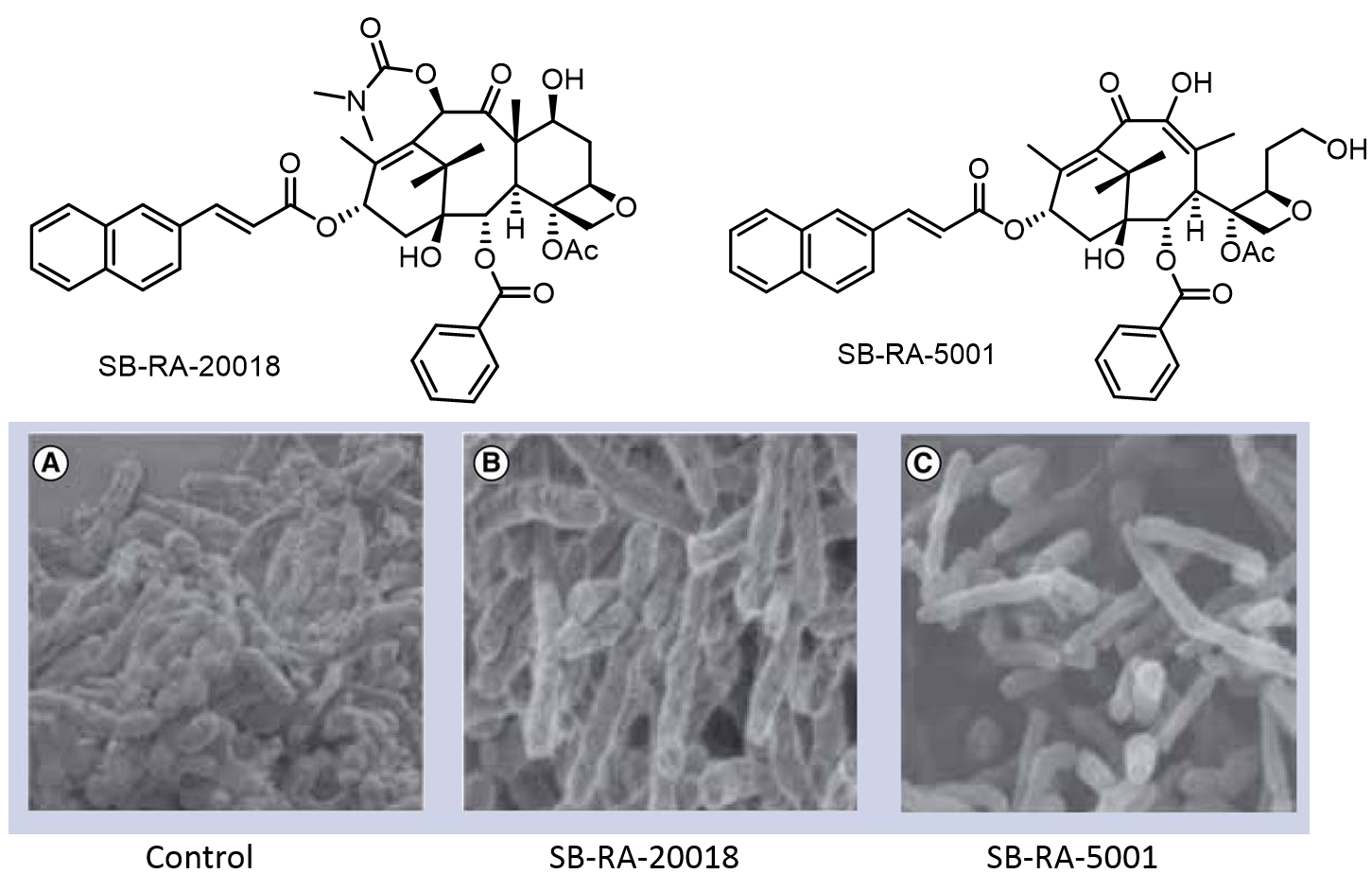 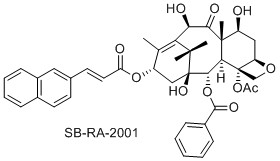 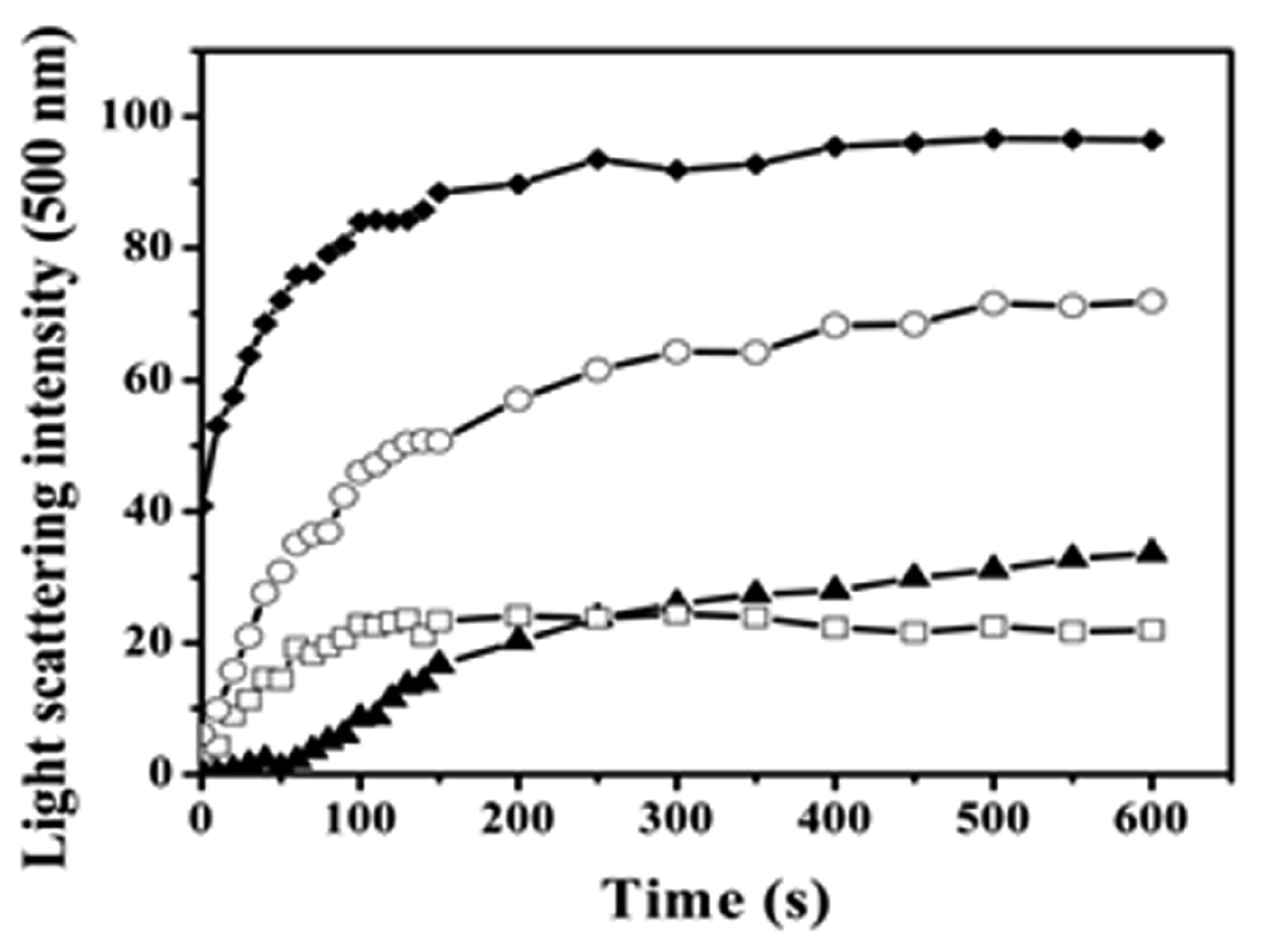 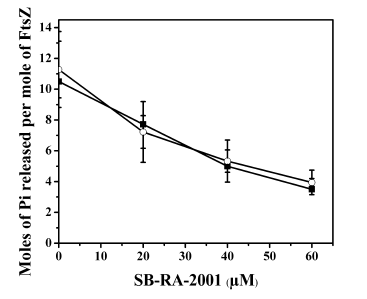 In silico analysis of SB-RA-2001 bound to FtsZ showed that the it binds in the interdomain cleft region,

Figure 4: (A) The putative binding site of SB-RA-2001 on FtsZ is localized between helix H7 and the C-terminus of FtsZ monomer. (B) Magnified view of the SB-RA-2001 binding cavity. (C) Interaction of SB-RA-2001 with the surrounding amino acid residues of FtsZ within 4 Å. 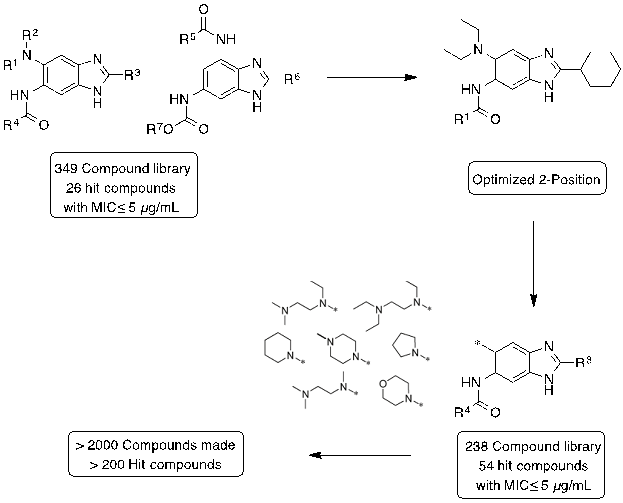 Figure 6: SAR of the 6-positon of 2,5,6-trisubstituted benzimidazoles. 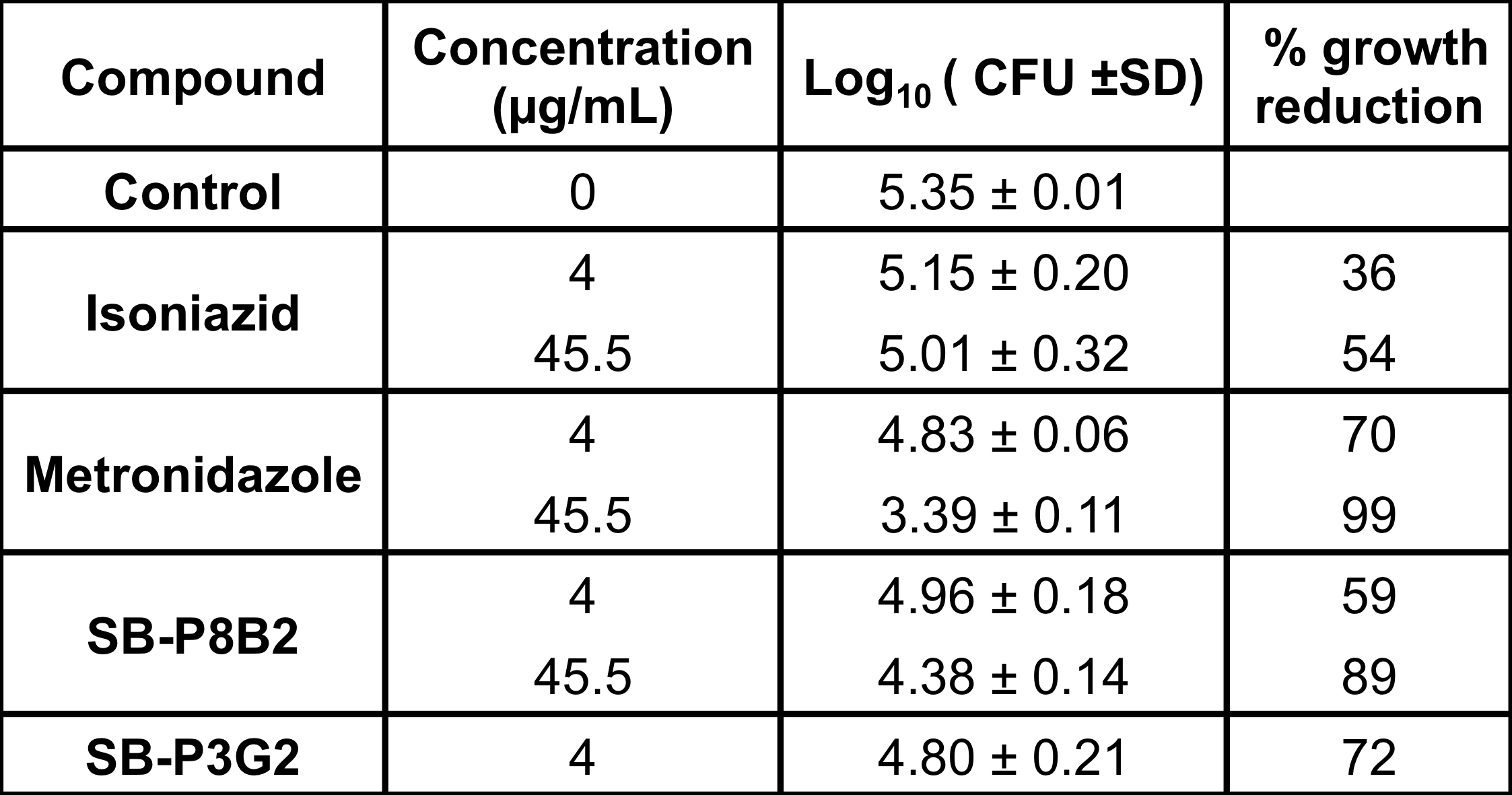 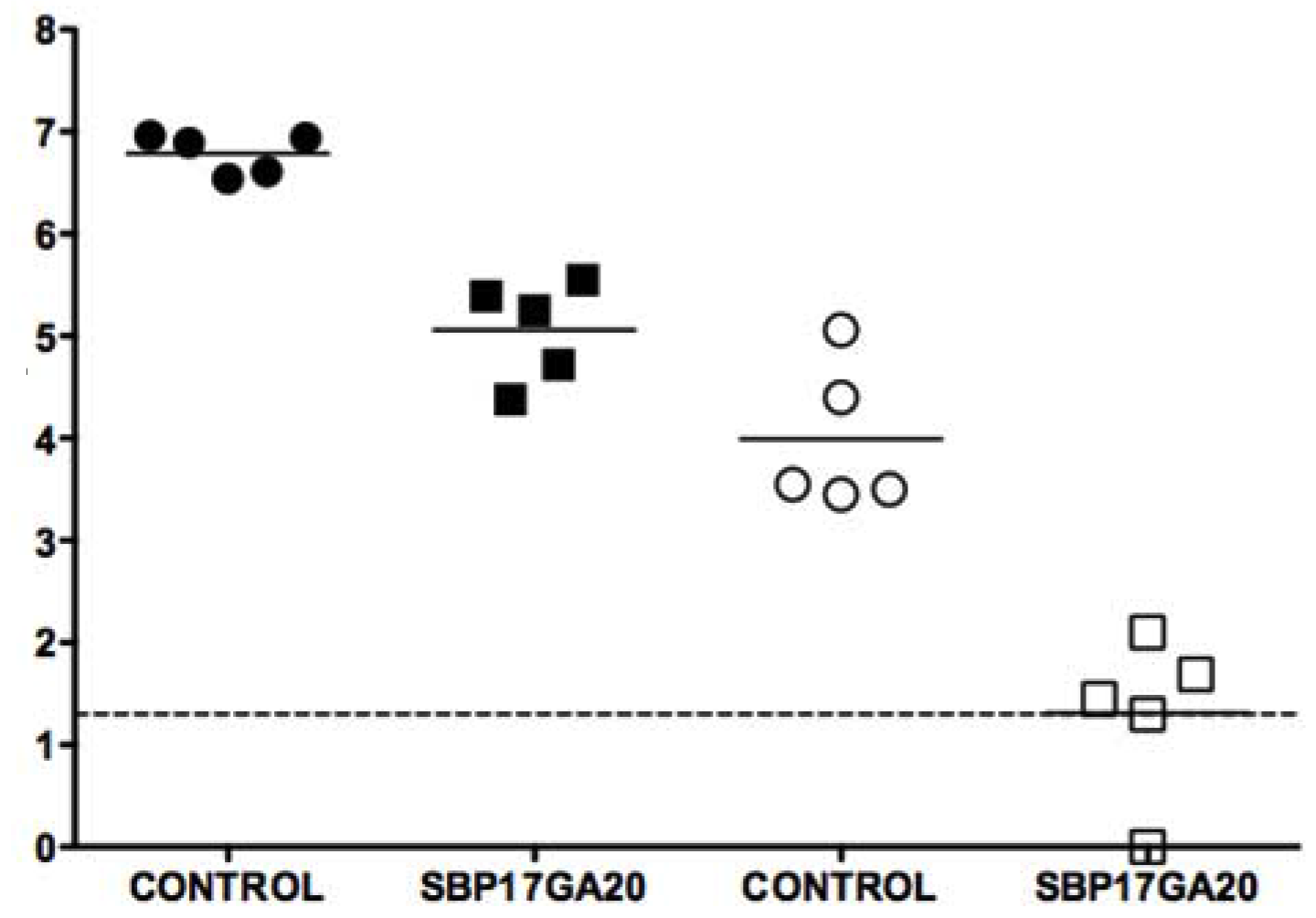 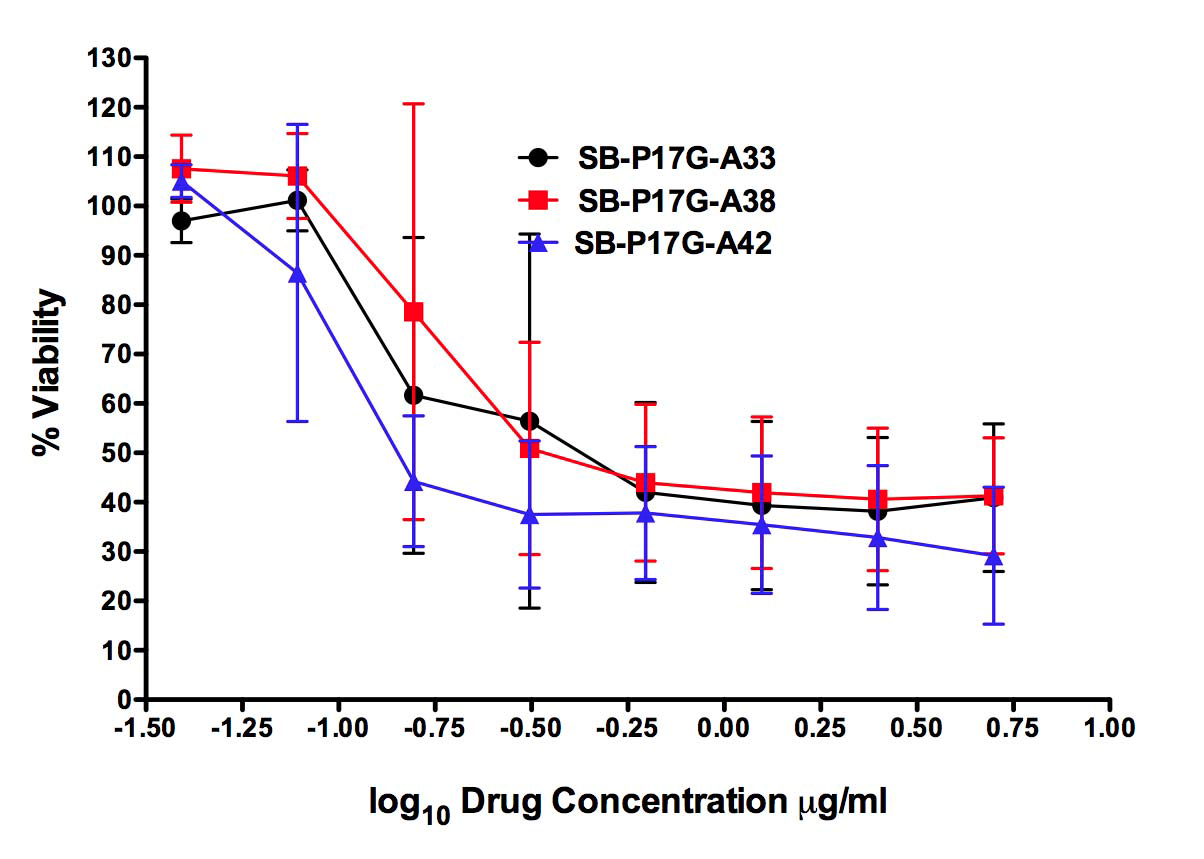 Time dose curves were generated in order to identify the kill charecteristics of compounds against M. tuberculosis. The growth curve of M. tuberculosis in the presence of each of the compounds at different concentrations showed that all three compounds are concentration dependent inhibitors (Figure 11).  SB-P17G-A38 reduced the number of bacteria by 2.8 Log10 CFU at 1X MIC by day 2 and by 2.9 Log10 CFU at day 6 (Figure 11a-c). SB-P17G-A42 reduced the number of viable bacteria by 2.5 Log10 CFU at day 2 at 1X MIC and continued to reduce the number of viable bacteria through day 6 by almost 4 Log10 CFU (Figure 11f). SB-P17G-A33 demonstrated less bactericidal activity reducing the bacterial load only 0.8-1.7 Log10 CFU during the first 2 days when dosed at MIC levels (Figure 11d). In addition, SB-P17G-A38 required 3-6X MIC to reduce the bacterial viability by 3.6-4.4 Log10 CFU, which is an equivalent level of reduction as to 1X of the other two lead compounds (Figure 11e). 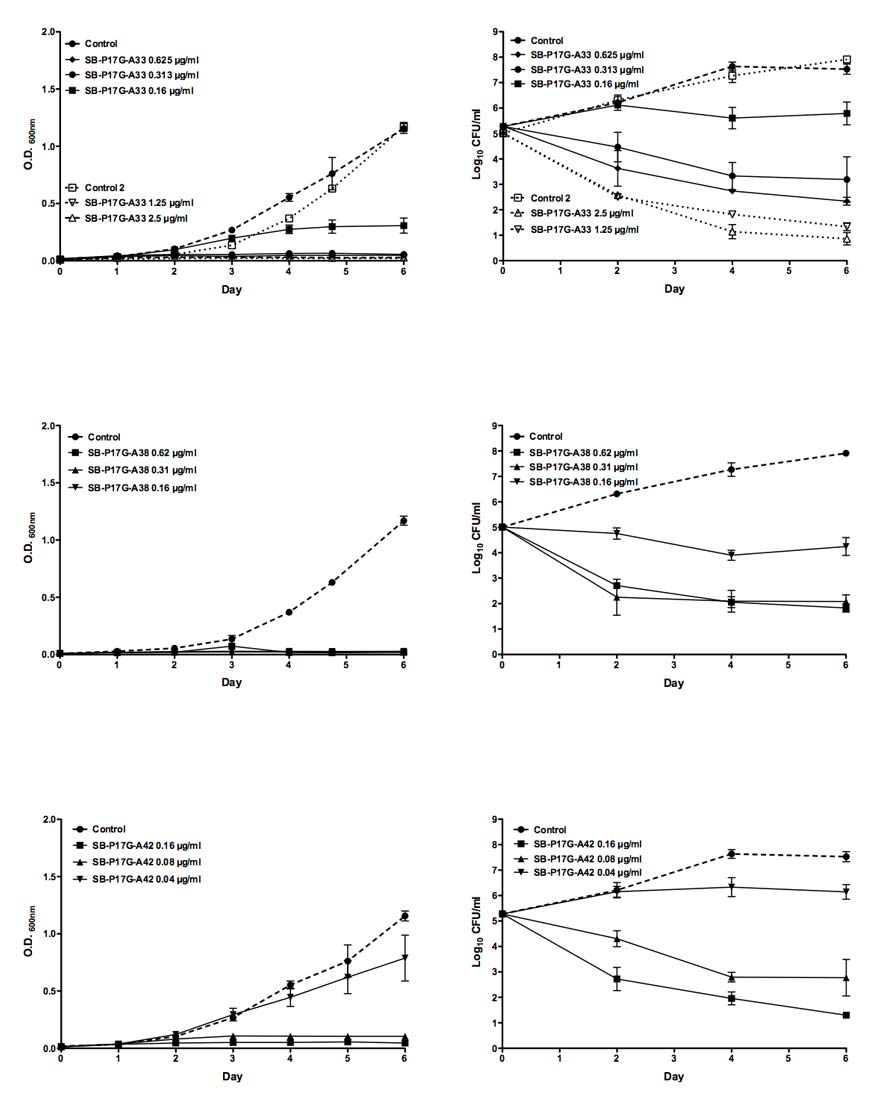 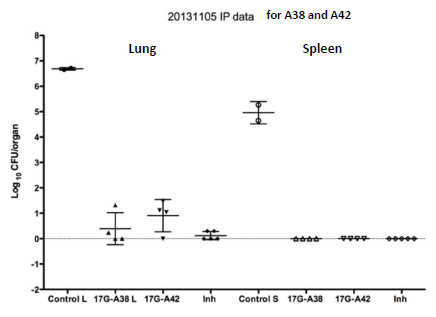 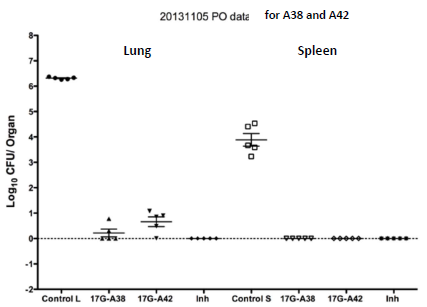 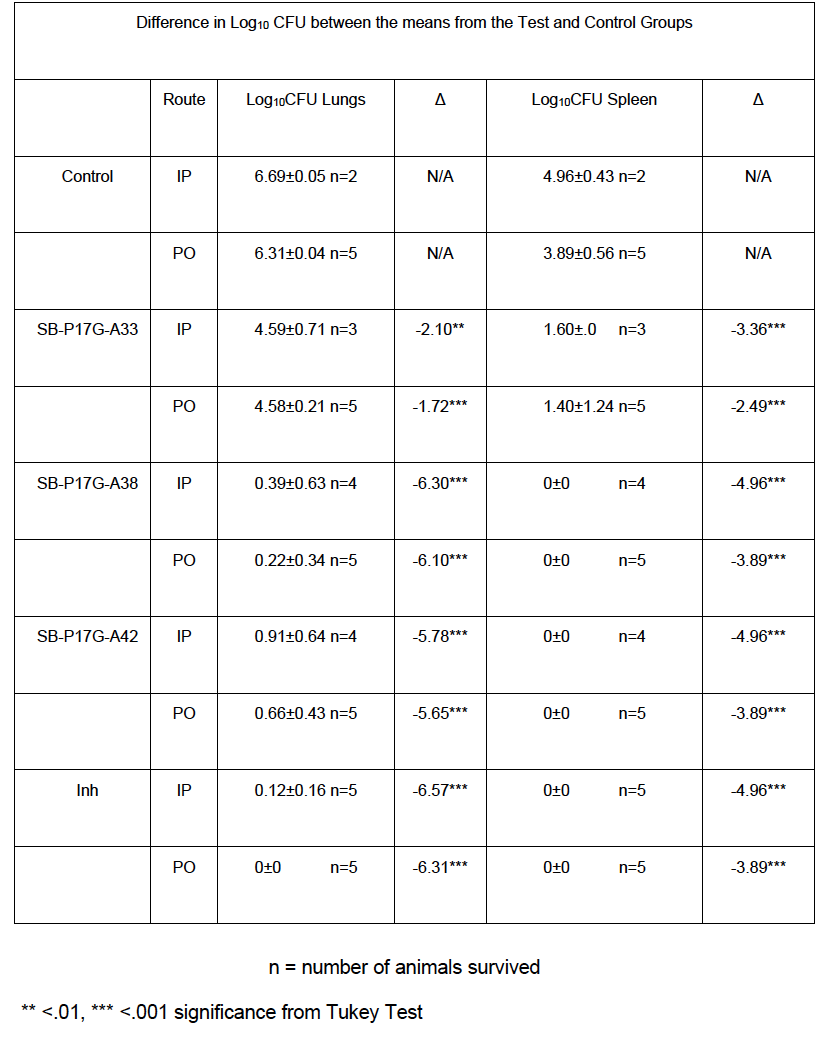 Inhibitors against other pathogens

As FtsZ is highly conserved in a range of bacterial strains, we screened our benzimidazole library against other bacterial strans such as F. tularensis, Y. pestis, B. thailandensis etc. as well and identified several lead compounds with MIC values in the range of 1 - 5 ug / mL (Figure 11). 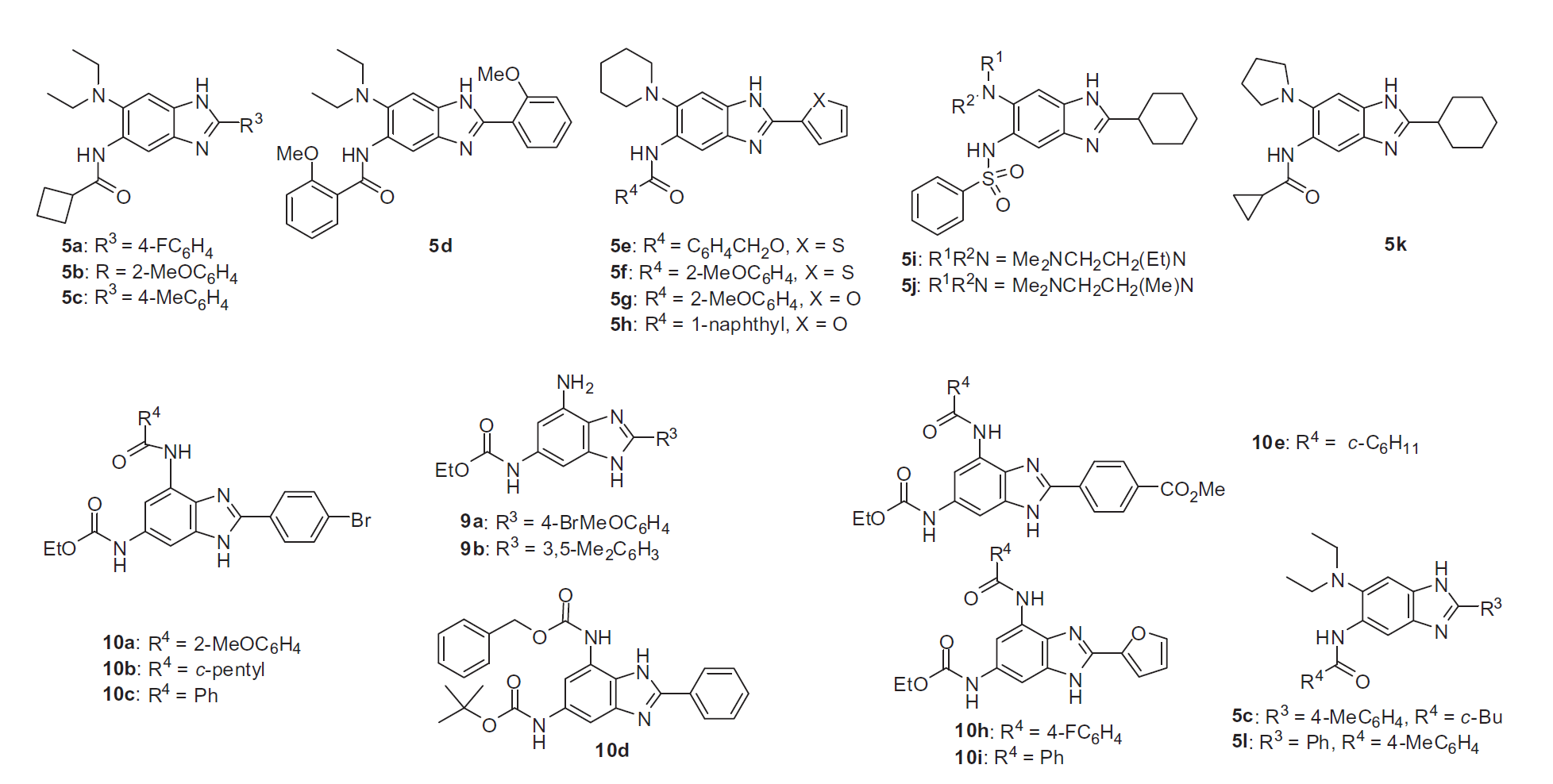 -      Co-crystallization of FtsZ with lead compounds