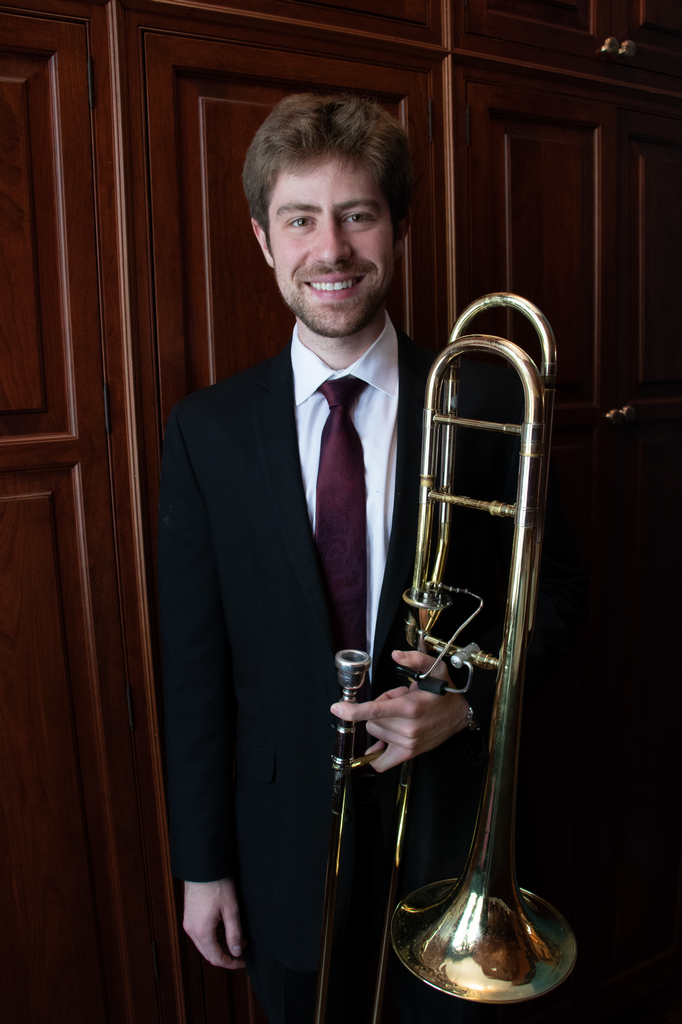 Oliver Barrett is a trombonist from Houston, Texas, who joined his middle school band program and never looked back. Oliver received his bachelor of music degree from the Manhattan School of Music and his master of music degree from The Juilliard School, both under the mentorship of Per Brevig. During his summers, Mr. Barrett has been a fellow at the International Festival-Institute at Round Top, Aspen Music Festival, Colorado College Summer Music Festival, and National Repertory Orchestra. After completing his master’s degree, Oliver served as second trombone with the Finnish Radio Symphony, led by Hannu Lintu, and as a guest principal trombonist with the Helsinki Philharmonic Orchestra. Mr. Barrett has taught for the Harmony Program in New York, as a Music Advancement Program and Morse Teaching Fellow at The Juilliard School, and continues his work in education as a teaching artist with the New York Philharmonic. On the international stage, Oliver competed as a finalist for the International Trombone Association’s Louis Van Haney Philharmonic Prize. Oliver recently completed a two-year fellowship as a member of Ensemble Connect at Carnegie Hall and began his doctoral studies at Stony Brook University in the fall of 2018 under the mentorship of Michael Powell. As a chamber musician Oliver is a member of a The Brass Project, hailed as "six superb brass players" by the Philadelphia Inquirer. As an advocate for new music for brass ensemble, Oliver co-founded MOD Brass, an ensemble with a modular instrumentation that is dedicated to performing exclusively new works for brass.