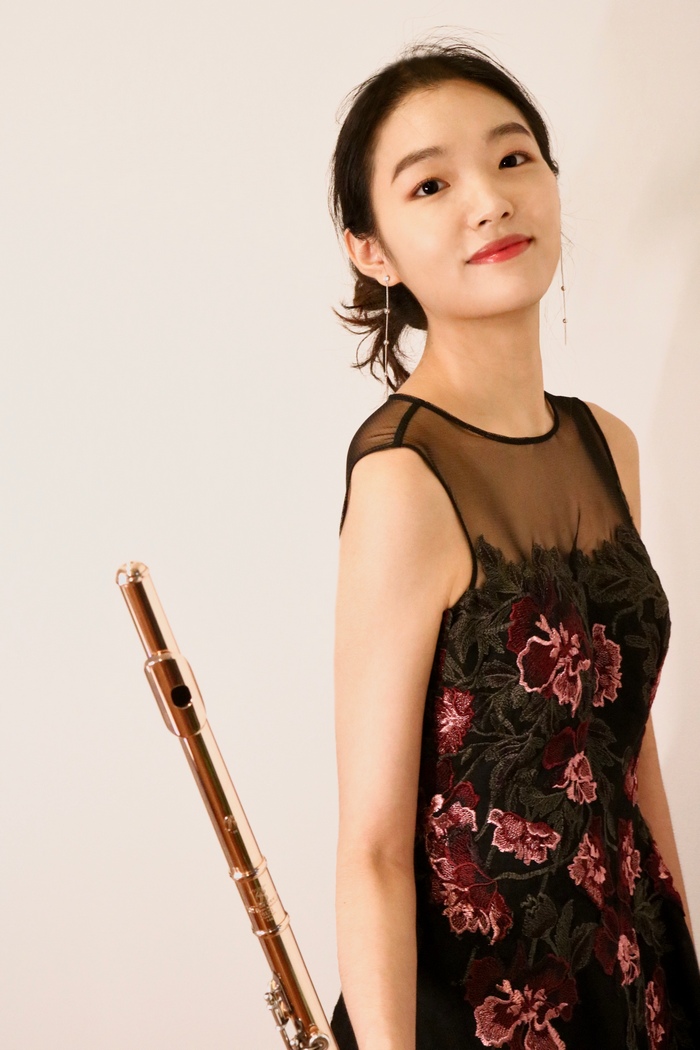 Flutist Hae Jee (Ashley) Cho is a multi talented musician who serves as soloist, chamber musician and orchestral player. She entered The Juilliard School Pre-College division at age 12 as a student of Bart Feller. Ms. Cho has earned both Bachelor of Music and Master of Music degree as an accelerated student at The Juilliard School, under the tutelage of Carol Wincenc.

She has been heard at the Round Top Music Festival, National Orchestral Institute, Norfolk Chamber Festival, Boston University Tanglewood Institute, and the Eastern Music Festival. As principal flute under the baton of David Alan Miller, at the 2017 National Orchestral Institute, Ms. Cho recorded John Harbison’s Symphony No.4. The recording, in partnership with the NAXOS label, became part of the American Classics album and was nominated as “Best Orchestral Performance” for the 2018 GRAMMY awards.

A devoted chamber musician based in New York City area, she has performed in several of New York’s most distinguished museums. As a member of the New Juilliard Ensemble, she has performed in 2017 MoMA Summergarden Series and premiered works of 21st century composers Donald Crockett, Roberto Sierra, and Herbert Vázques. Moreover, she performed with chamber ensembles at the Frick Collection and the Metropolitan Museum of Art. In 2019, Ms. Cho participated in a project with NYC Ballet Choreographic Institute and composer Saad Haddad to premiere a work inspired by the life of Frida Khalo, the Mexican surrealist painter. She is also a member of a wind quintet named SOOM, comprised of Juilliard Alumni. Featured on WQXR Radio Station’s Midday Masterpiece Series and Chamber Music Society of Lincoln Center, SOOM is in the process of creating a YouTube channel to meet their audience through an online platform.

A passionate soloist and laureate of top prizes in national competitions, Ms. Cho’s brilliant artistry has been recognized by the National Society of Arts and Letters, San Diego Young Artist competition, The Flute Society of Washington, The New York Flute Club.

Born in Seoul, South Korea, Ashley began studying the flute at the age of nine with Soo Kyung Park. She is currently pursuing Doctor of Musical Arts program at Stony Brook University as a teaching assistant to Carol Wincenc. Recently winning the concerto competition, she will be performing Lowell Liebermann’s Flute Concerto with the Stony Brook Symphony Orchestra in the upcoming season.