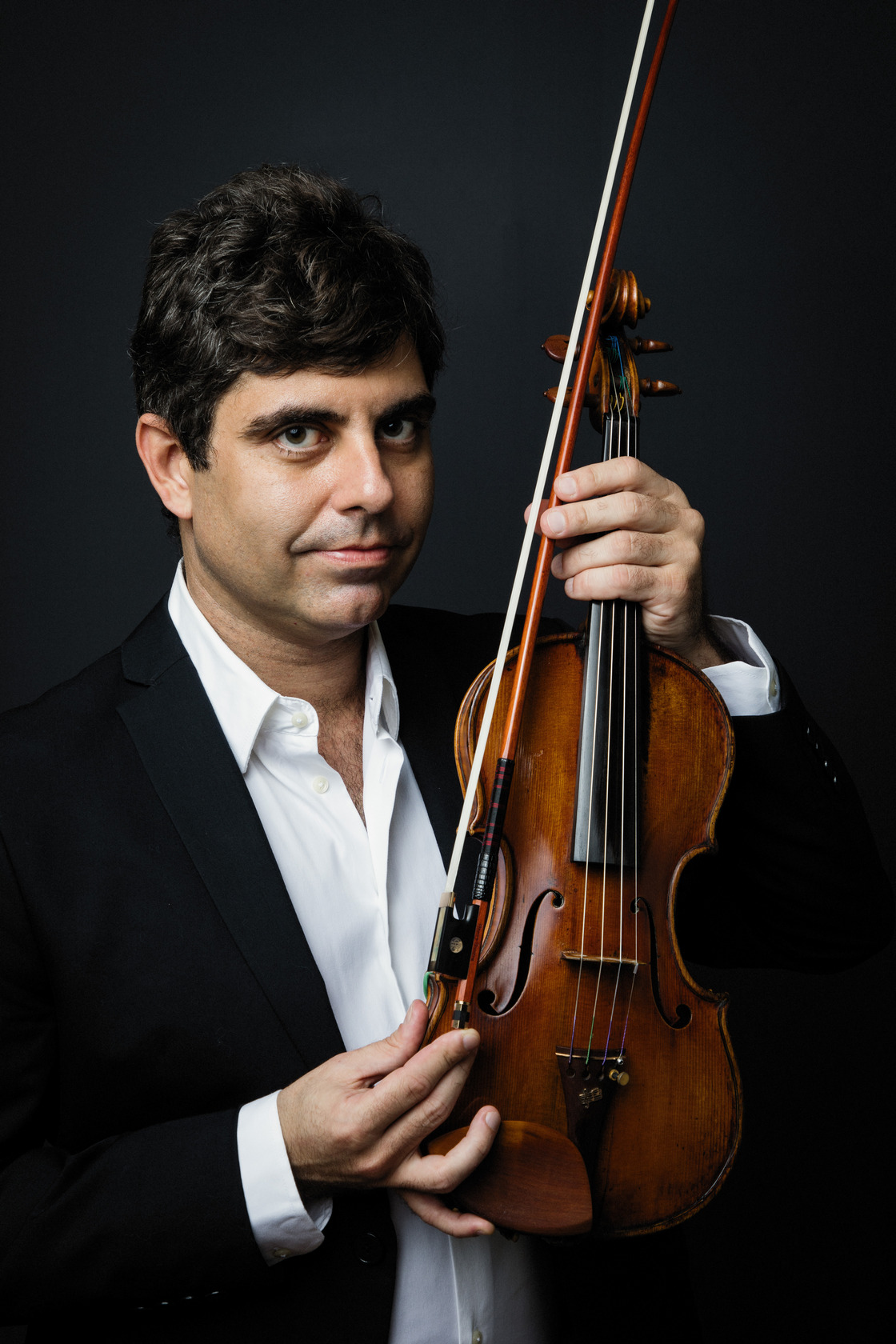 Daniel Guedes has been acting extensively as a violinist, violist, teacher and conductor. Born in Rio de Janeiro in 1977, he began his violin studies with his father when he was seven, continuing afterwards in the Brazilian Conservatory of Music. In 1992 he studied at the Guildhall School of Music in London with Detlef Hahn. In 1996 he came to study at the Manhattan School of Music in New York, where he pursued his Bachelors and Masters Degrees, having studied with Pinchas Zukerman and Patinka Kopec in the prestigious “Pinchas Zukerman Performance Program”. He studied chamber music with Sylvia Rosenberg, Isidore Cohen and Arnold Steinhardt, among onthers. Conducting studies include Pinchas Zukerman and Mika Eischenholz. Currently he is pursuing his Doctor’s degree at the University of Stony Brook.

Daniel has won competitions such as the “Young Brazilian Soloists”, Bergen Philharmonic Competition in New Jersey and Waldo Mayo Memorial Award, which gave him a Carnegie Hall debut with orchestra in 2000.

Since the age of ten, Daniel has been performing in USA, Canada, England, Germany, Norway, Italy, Switzerland and South America, besides his homeland Brazil. In 2004 he recorded the CD “Brazilian Impressions”, performing pieces of Brazilian composers such as Villa-Lobos, Flausino Vale and Lorenzo Fernandez. In 2007 he recorded Beethoven Sonatas with Ilan Rechtman for the Well-Tempered Productions in the USA. Daniel has also recorded two albums with the Costa-Rican guitarist Mario Ulloa, for Rob Digital, bringing a unique repertoire for this ensemble, including “bossa-nova”, “samba”, “choro”, “bolero”, among many other styles. He also plays as the first violin of the Guanabara String Quartet, the most traditional quartet in Brazil, which just completed fifty years of existence.

Currently Guedes holds a violin teaching position at the Federal University of Rio de Janeiro (UFRJ). He also gives masterclasses and teaches actively in music festivals in his homeland. He is the artistic director of the Barra Mansa International Music Festival.