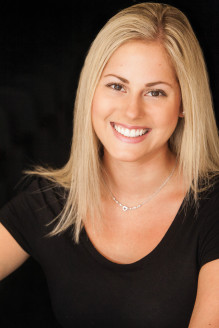 Kaitlin Melker is entering her first year as Director of Choral Activities at W.T. Clarke High School in the East Meadow School District. Mrs. Melker spent five years as the Choral Director at Copiague Middle School, where she conducted four choral ensembles and directed several of the school’s musicals. During her tenure at Copiague, Mrs. Melker’s Chamber Chorus performed annually at NYSSMA Major Organization Festivals where they received consistent ratings of “Gold” and “Gold with Distinction.” Kaitlin has been with The Metropolitan Youth Orchestra of New York since September 2013, where she has served as the piano accompanist for the MYO Suffolk Treble Choir. She has also worked with several organizations in the New York area, accompanying the Syracuse Children’s Chorus, the SCMEA Division III West All-County Chorus and for several of Long Island’s public school districts. Mrs. Melker earned a Bachelor of Music in Music Education from Syracuse University, from which she graduated summa cum laude. Kaitlin earned a Master of Arts with Distinction in Music Education from Hofstra University, where she served as a graduate assistant choral conductor to Dr. David Fryling. Upon completion of her graduate studies, Kaitlin became a founding member of the eVoco Voice Collective under the direction of Dr. Fryling. This year, Mrs. Melker is excited to be guest conducting the PCMEA 7th and 8th grade All-County Chorus in Putnam County, New York.