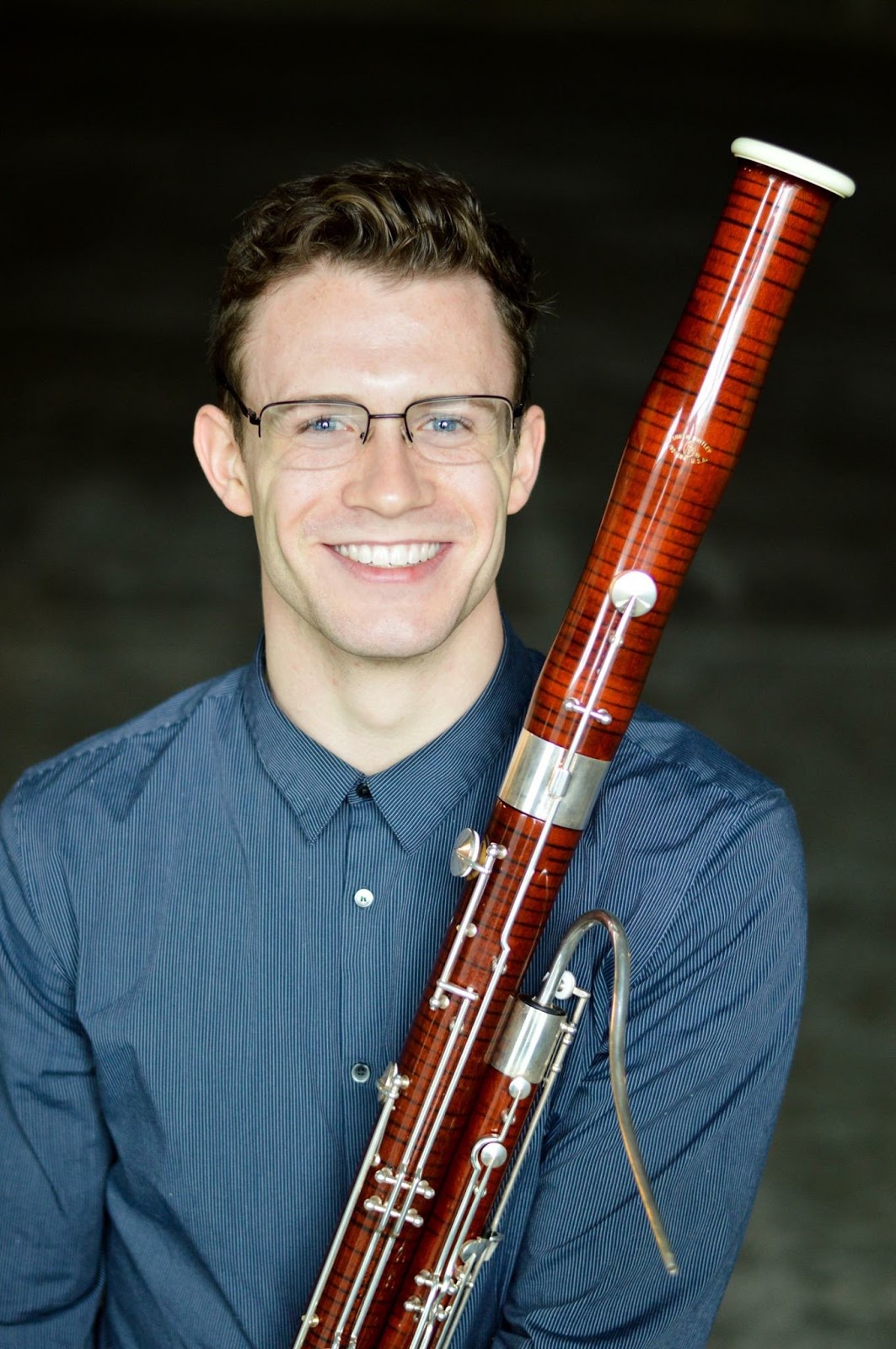 Garrett Brown (b. 1995: Reading, PA) is currently pursuing his MA in bassoon performance at Stony Brook University where he studies with Frank Morelli. He performs with the Baroque Ensemble and the Stony Brook Symphony Orchestra. He serves as a TA for the University Orchestra and the Young Artist Program. He also performs with numerous ensembles including the Berks Sinfonietta, the Berks Opera Company, the Lancaster Opera Company, and the Reading Pops Orchestra. Garrett received his undergraduate degree in Music Education with a Performance Certificate in Bassoon from Shenandoah Conservatory while studying with Ryan Romine. While at Shenandoah, he performed in the premiere of Wynton Marsalis’ Blues Symphony . Garrett has participated in the Banff Master Class Program and the Bang on a Can Festival at MASS MoCA. Outside of music, Garrett spends his summers as the head swim coach for the Shillington Streaks Swim Team.