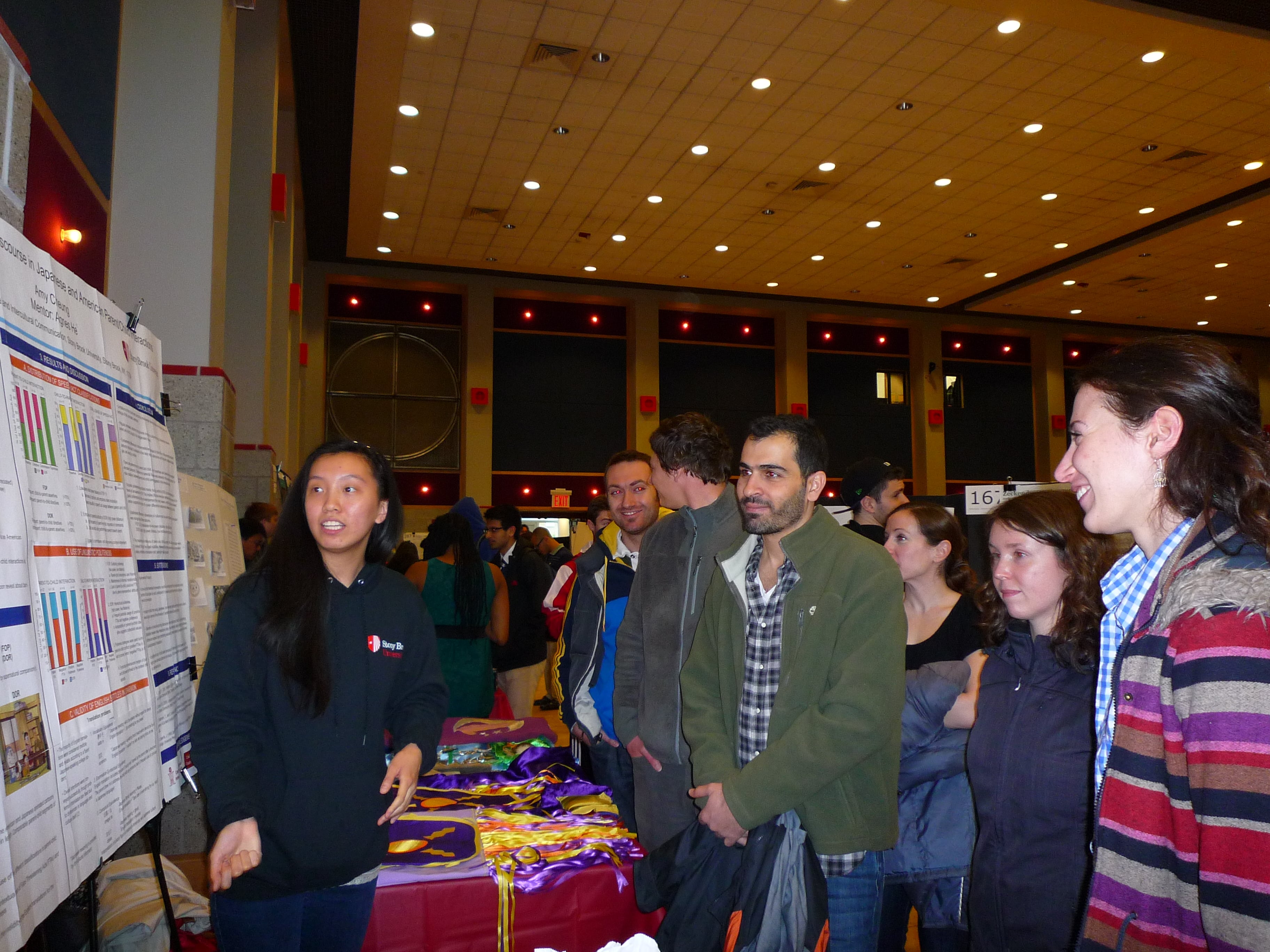 Being a part of URECA was a demanding, but ultimately a very rewarding experience. When we had to come up with our topics, I already had the idea of comparing cartoons from Japanese and American culture. I wanted to see how I could create a research project based on something that I already enjoy doing: watching cartoons. Professor He gave me the idea of comparing the portrayal of parent-child interactions in cartoons and how they differed between American and Japanese culture. I found two children’s animated shows with similar plot lines that I could focus my research on and quickly started collecting data.

My data came from watching many episodes from the two animated cartoons. Although it was fun at first, it became very tedious because I had to find segments where the parent and child interacted, pause the interaction to write down what was said, and re-watch the segments (multiple times) for any details I missed. I chose 10 episodes from each show to be used for further analysis. I determined what type of speech act and what type of politeness strategy was used during each utterance. After normalizing the data into stacked bar graphs, I interpreted my results. I realized 10 episodes was not enough material, but I was limited by the number of episodes available online for viewing. Although the results were not very clearly defined, I saw a trend in the types of speech acts used which I connected to the dimensions of American and Japanese culture. Politeness strategies were harder to interpret because the American cartoon was using it for a different purpose. For example, negative face threatening acts were used in a humorous way to show that the parents could bother their child whenever they wanted.
I believe the most difficult part of this project was creating the posters because we put in a lot of effort making them look presentable and engaging. Also, most of my revisions came out of how I wrote the results and conclusion sections. I had to narrow done the main ideas into key points and organize them into the poster. However, all of this hard work was worth it when we were finally able to present at the URECA celebration event. It was great to see everyone’s posters and how we designed our topics around the theoretical frameworks we learned in class. I was very excited to present to bystanders as well as our classmates because this was a topic I felt very interested in and wanted to learn more about. Although I wish we had more time to do the research and work on our posters, I am very happy I was able to be a part of this experience and showcase my work!
Facebook Twitter instagram youtube