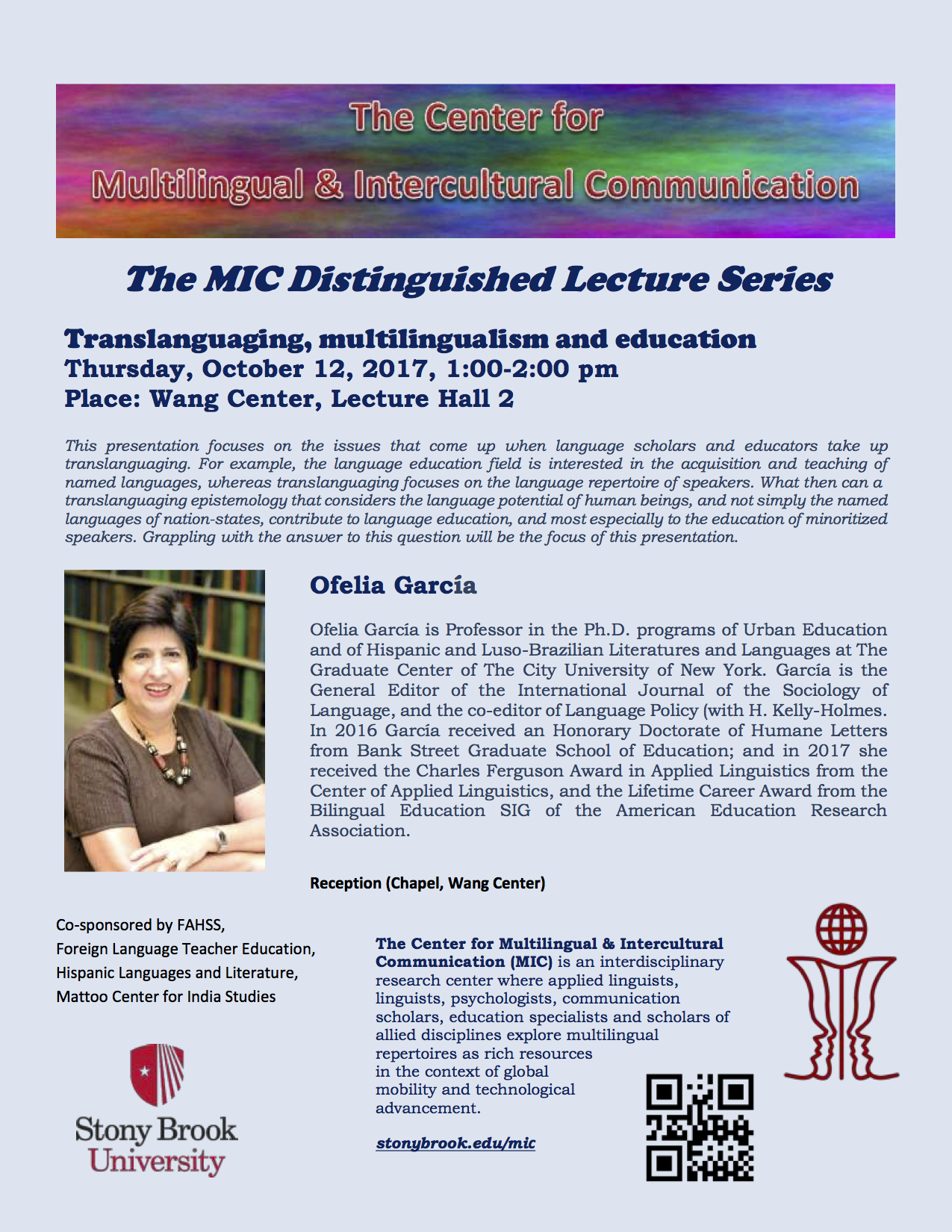 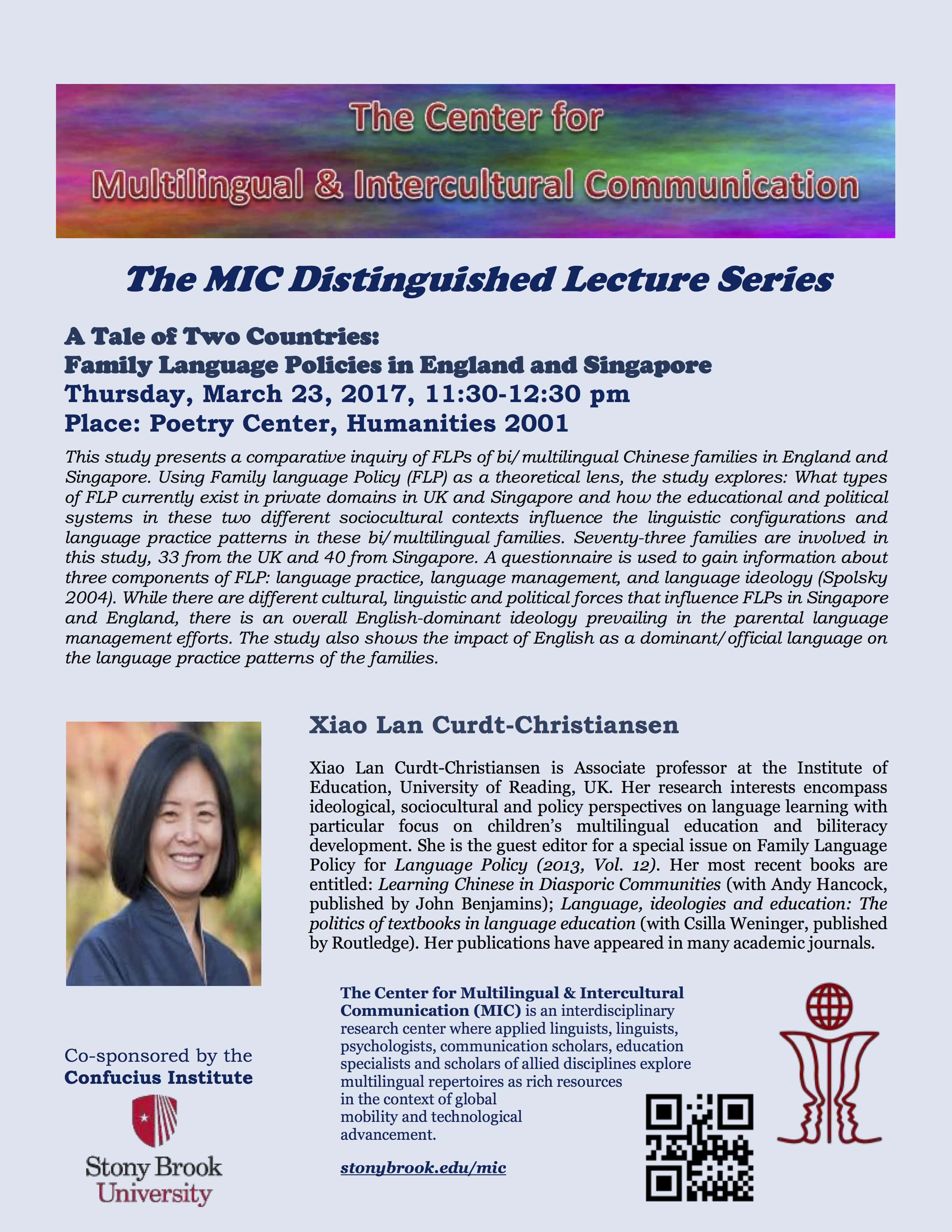 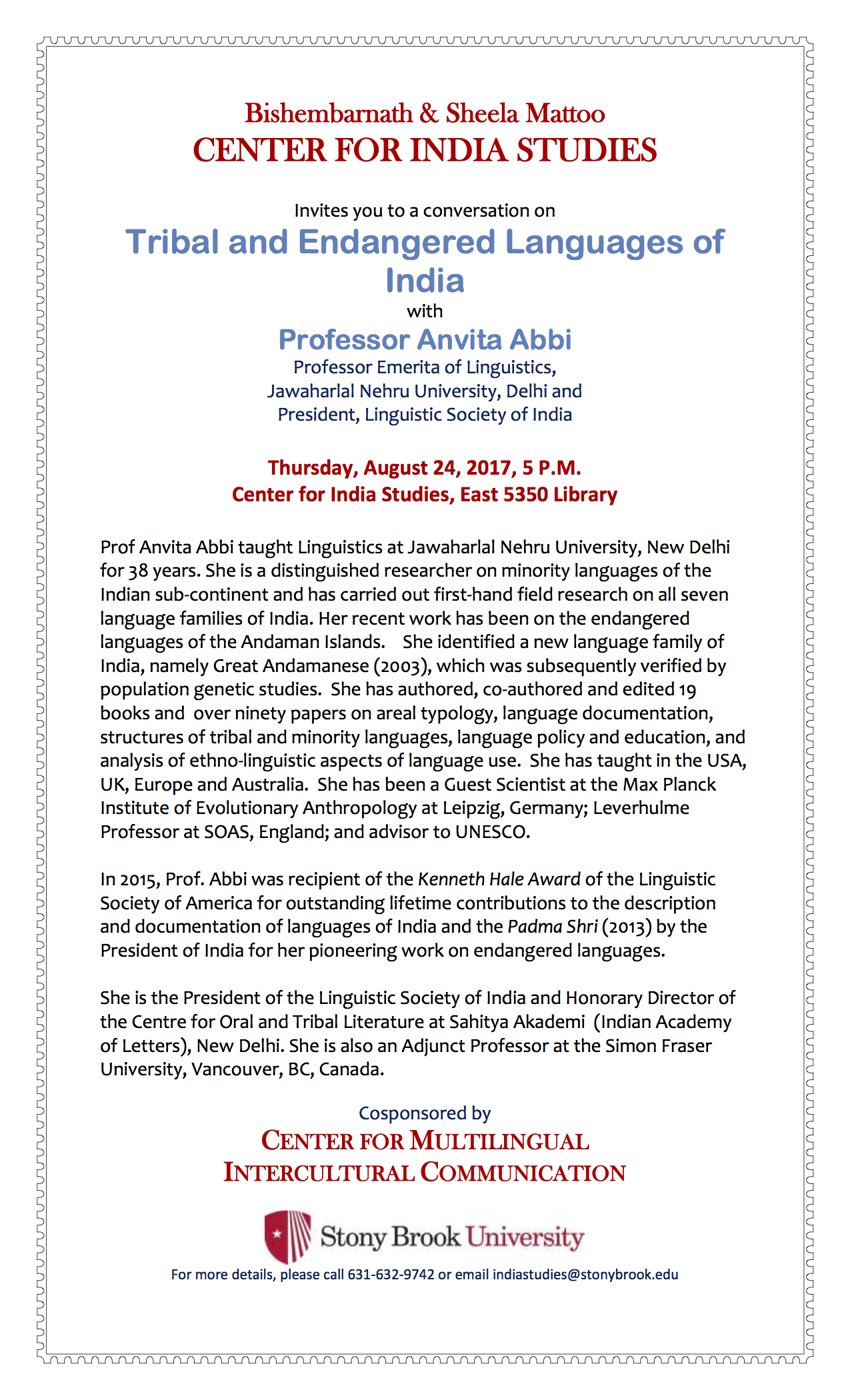 What is the focus of the new MA-CAAS program?

This new Master’s program focuses on contemporary Asian and Asian-American cultures, politics and societies, contemporary philosophical and religious orientations in Asia, as well as the role of global processes in the transformation of Asia and Asian America.

If you say YES to any of the following—

30-credits including 24-credits of course work and 6-credits of thesis/project work, over two semesters. More specifically, students are required to take the following:

2) one course in each of five categories (15 credits)

3) two elective courses in any field of interest, chosen in consultation with and subject to approval of the Graduate Director (6 credits)

4) a thesis or final project (6 credits)

What do you need to prepare to apply for the MA-CAAS program ?

What is the deadline?

After March 1, 2016, applications will be considered at the Admission Committee’s discretion. 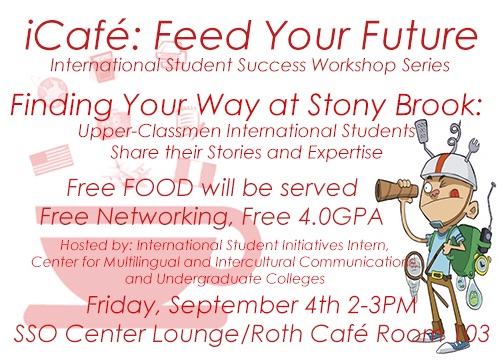 MIC has co-sponsored the first iCafé event titled “Feed your future”. The event was led by the coordinator of the International Student Orientation and Services, Trista Lu. MIC was represented in the event by its GA, Honaidah Ahyad, a fourth year international PhD student. The main goal of the workshop was to get both upper-classmen international students and new international students share their language, cultural, academic and personal experiences at Stony Brook University.

MIC as incubator and home for $1M NSF-funded project

Communication in the Global University: A Longitudinal Study of Language Adaptation at Multiple Timescales in Native- and Non-Native Speakers The widespread deployment of non-native English-speaking international teaching assistants (ITAs) in U.S. universities has presented not only wonderful opportunities but also persistent challenges. American undergraduates often complain of difficulty in understanding their ITAs. Jiwon Hwang (PI, AAAS/Psychology), Susan Brennan (lead grant author, Psychology), Ellen Broselow (Linguistics), Agnes He (AAAS), Marie Huffman (Linguistics), and Arthur Samuel (Psychology) have received a $1M research grant from the National Science Foundation which will enable them to address this problem. While conventional wisdom has often attributed poor intercultural communication to the foreign accent of the non-native speaker, this team of researchers views successful communication as a collaborative achievement involving all participants. Their goal is to measure, track, and improve not only the ITAs’ developing communication skills in English, but also the undergraduates’ understanding of and adaptations to foreign-accented English and their ability to learn to transfer their experience of one accent to another. This project is a three-year (2015-2018) longitudinal study involving approximately 150 international graduate students and over 1000 American undergraduates. Methods of analysis will include ethnographic observations and interviews, psycholinguistic and dialog experiments, linguistic analyses of spontaneous and elicited speech, electrophysiology studies of perception, eye tracking studies of language processing, and surveys. Data will be collected at multiple timescales (over conversations, class sessions, semesters, and ITAs’ first two years in the U.S.) and at multiple levels (pronunciation and perception of phonetic segments, use of vocabulary and syntax, discourse cues and strategies, communicative norms, preferences, and attitudes). This research aims to enhance the educational experience of both international graduate students and American undergraduate students by improving communication in the college classroom. The research findings will also benefit intercultural encounters beyond the classroom. The data resulting from this project will provide an unprecedented opportunity for scientists to examine long-term effects in foreign language learning, language processing, and the development of communicative strategies. With a mission to create interdisciplinary and cross-departmental synergy in researching how globalization transforms language behaviors, MIC served as the incubator and is now the home of this project.

As a result of collaborative efforts by 12 faculty members from 7 departments, MIC has been awarded a 2014-2015 FAHSS Interdisciplinary Project Grant to sponsor its Distinguished Lecture Series.

For short-term, through the lecture series, we hope to provide students and faculty with insights into some of the most important, current, creative, cutting-edge work in multilingualism and intercultural communication, to encourage interdisciplinary and interdepartmental collaboration,  and to inspire more students to pursue studies in languages, cultures, and communication.

We also expect the MIC Distinguished Lecture Series to have a sustained, long-term impact on the SBU campus. Ultimately, through the lecture series, we hope to contribute to a campus that is knowledgeable about and sensitive to the complex, creative, and dynamic nature of multilingual and intercultural repertoires that characterize today's global citizenry.