WHAT MAKES A GREAT TELEVISION SERIES?

A successful television series generates strong stories every week that create a powerful emotional connection between the audience and the main characters.

Create a television writing portfolio that can launch your career.

Through small collaborative workshops designed to mimic professional writers rooms, intensive one-on-one advisement and supporting classes with industry professionals, Stony Brook's Television Writing curriculum prepares you to join the expanding frontier of television story-telling that is dominating the entertainment landscape in the US and around the world.

Being part of Stony Brook's Television Writing cohort will enable you to master the tried and true techniques of television writing and learn how to apply them to this changing and evolving form of storytelling.

Read more from the head of our Television Writing program, Alan Kingsberg

Find your wheelhouse and your voice. Then CREATE original television series concepts and pilot scripts.

MASTER your craft through collaborative workshops and intensive individual advisement and build the writing portfolio that can LAUNCH your career.

Writing the Spec Script
Learn the fundamentals by writing a script for a show that is currently on the air.

Advanced TV Pilot
Generate the pilot scripts that will form the foundation of your Television Writing portfolio during this year-long workshop.

The Showrunner
"Break" stories and write scenes with a working showrunner.

Mini-Series and Limited Series
Learn how to construct story arcs for mini-series and limited series.

Writing the Web Series
Write, shoot and edit an episode of a web series.

Directing Actors
Learning to act makes you a better writer.

Directing the Camera
Directing scenes from your script gives you insight into how your writing is translated into a visual medium.

International TV
Learn about cutting-edge TV series from Denmark, France, Ireland and Israel and how they can inform your writing for the global market.

Polishing Your Portfolio
Design and polish the writing portfolio that can launch your career as a television writer.

Launching Your Career
Interact with agents, managers, producers and showrunners and learn how to break into the business and build a career. 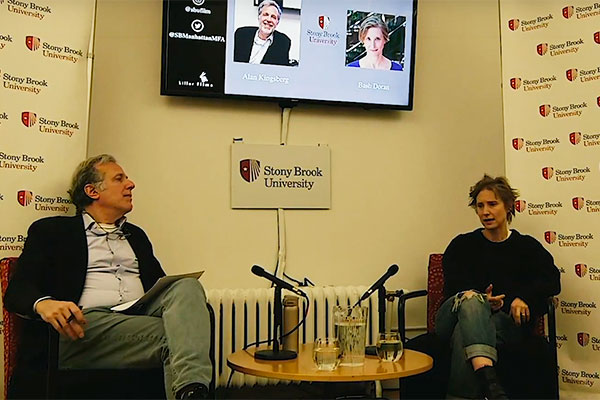 Tips from the Writers Room

Writers and showrunners share tips about working in professional writers rooms — from making your script as strong as possible to getting hired on a show.

Enjoy this series of short videos featuring Alan Kingsberg, Head of Television Writing for Stony Brook University's MFA in Film Program, in conversation with writers and producers from some of today's top television programs. 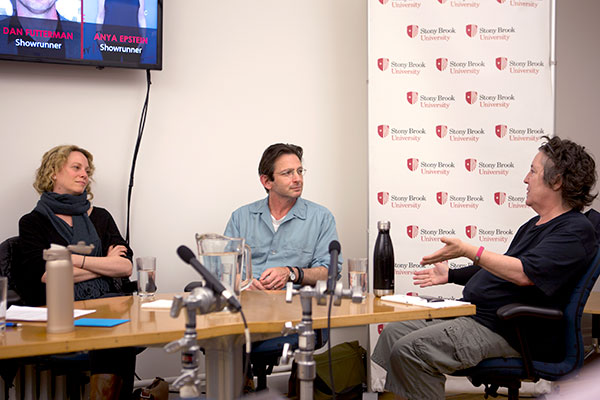