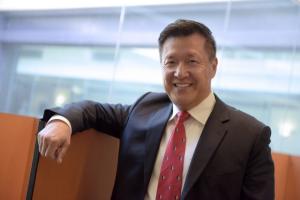 Dr. Jun Liu is Vice Provost for Global Affairs, Dean of International Academic Programs and Services, and Professor of Linguistics at Stony Brook University.  Prior to this position, Dr. Liu was Associate Provost for International Initiatives, Chief International Officer, and Director of Confucius Institute, and Professor of Applied Linguistics at Georgia State University (2011-2016).  As one of the few Asian American university-level administrators in US higher education, Dr. Liu has distinguished himself by establishing a track record of success in the field of international education and global strategies as evidenced in receiving the Governor’s Award of International Program of the Year (2015).

As an international leader in the field of language education, Dr. Liu became the first Asian and nonnative English-speaking President of TESOL International (Teachers of English to Speakers of Other Languages, Inc. 2006-2008) and is the recipient of the James E Alatis Award of Outstanding Service to TESOL (2016).  He is currently on the Board of Trustees of TIRF (The International Research Foundation of English Language Education), and the Board of AIEA (Association of International Education Administrators).  Dr. Liu is also known in the field of Teaching Chinese to Speakers of Other Languages in his role as Vice President of ISCLT (International Society of Chinese Language Teaching) since 2009.