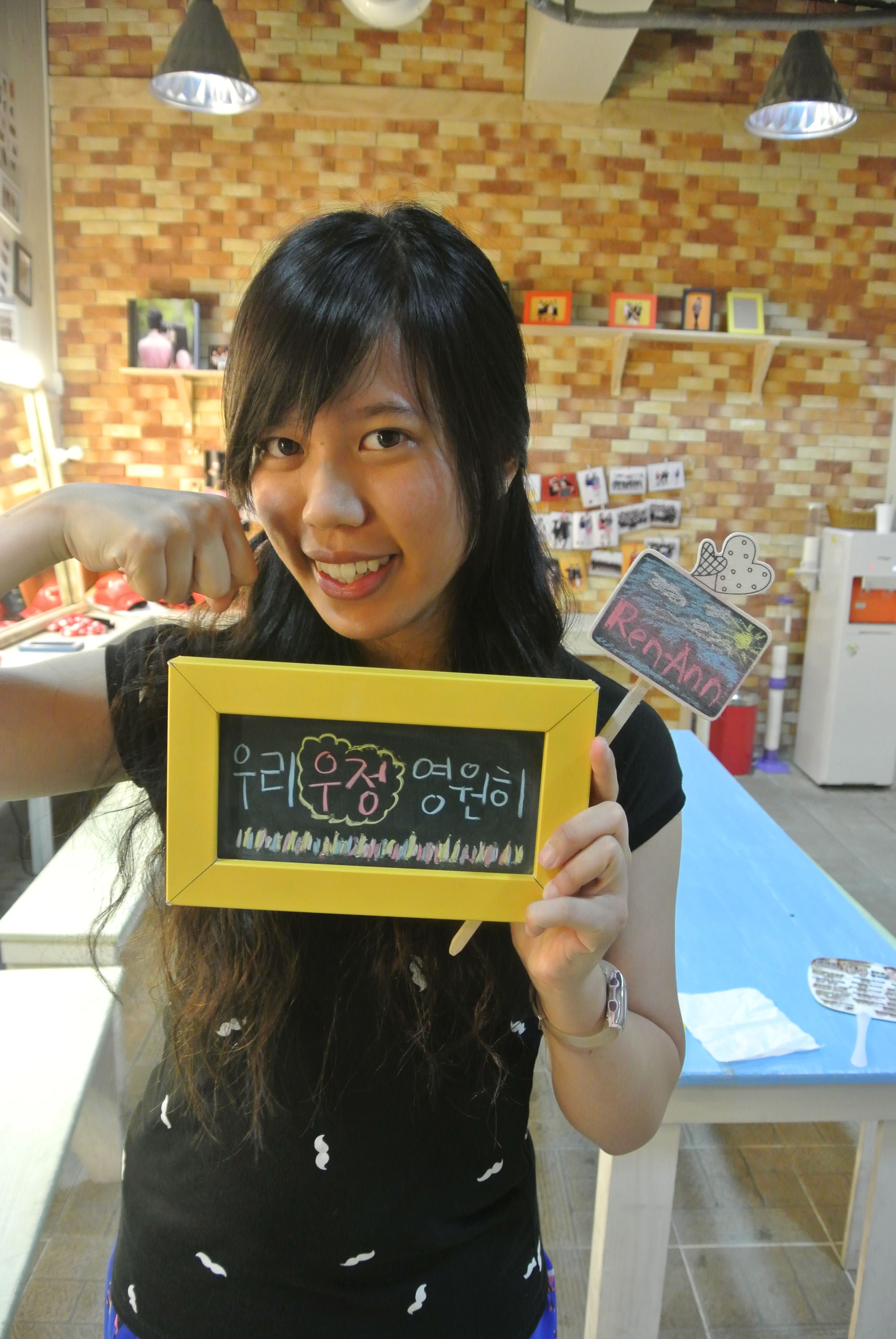 “Some of your friends will get nice big houses fifteen minutes away from their schools, whereas you get a shack with a cow for your neighbor. If you are that scholar who gets the shack next to the cow,  befriend the cow! Living in Korea is an experience, and it can only be as good as you make it.” So concluded the speaker (in more or less words) during the 10 th generation TaLK Scholar orientation.

From February to July 2013, I was a TaLK for SUNY scholar. I was placed in Jeollabukdo province, and lived in the city of Jeonju while teaching in the smaller town of Gimje. In some respects, I was lucky: My “one room” studio was merely five minutes’ walk away from Jeonju University (colloquially known as “Bukdae”), the center of college life. On the other hand, my commute was also among the most time-consuming and expensive: I spent on average three hours and 14,000 won a day in traveling to and back from school. I did not get the shack next to the cow—but I was not fifteen minutes away from school, either.

“ Living in Korea is an experience.” Daily life chores and other simple tasks I took for granted suddenly became mentally challenging adventures. A simple trip to Daiso to buy laundry detergent became difficult when I realized the dictionary gave me the wrong word. Approaching random stores asking where I could buy a clothes drying rack turned into a miming demonstration with lots of stares. Taxi drivers making small talk asked me questions I couldn’t answer; buses that stopped at foreign destinations without announcing their names before moving on caused me mild despair. Blank looks, google translate, and helpless laughter became my consistently standard form of communication as I slowly adjusted to a life where English was taught in schools, but hardly used outside of them.

“Teacher, teacher! ‘Hello Song’! ‘ABC Song’!” my first graders insisted. “Teacher, ‘Free Talk’?” my sixth graders asked. (Only in English, I would reply.) I sang and danced with the younger kids, and taught with PowerPoints peppered with K-pop references to the older grades. Even the students that stubbornly refused to learn eventually picked up phrases (“Stop shouting,” “Listen to Teacher,” and occasionally, “No swearing!”). Classes were officially divided by grade, but were unofficially further stratified by the students’ English ability, individual behavior, or willingness to learn.

“ It can only be as good as you make it.” Gradually, the taxi drivers started recognizing me. As soon as I stepped off the intercity bus, the crowd that waited near the terminal exit would shout, it’s the English teacher! My various shopping woes became fodder for entertaining stories to share with friends back at home. Visits to the bank, to restaurants or cafes, and to the bus terminals became not just sources of awkward laughter, but opportunities to practice my improving Korean. I found myself running around all over Korea: Seoul, Busan, Gwangju, Andong, Daegu, Suwon, Iksan, Jeju—and more. I got over the awkwardness of communal bathing at  jjimjilbangs. I attended festivals, concerts, musicals. I backpacked. I traveled.

“Teacher, what did you do yesterday?” “What will we learn today?” Using only five or six words, my older students demonstrated they remembered the previous lessons on verb tense. “Color game!” “Slap game!” my younger kids begged as I walked into the classroom. My students’ simple questions and requests brought smiles to my face. Some really enjoyed learning English without realizing it, taking initiative to practice of their own accord. My students and I weren’t so different after all.

In the classroom, I was the teacher. Outside it, I became the student. I learned how to live in a foreign country by myself, explored many cities other than Seoul, and experienced firsthand the joy of imparting knowledge from the other side. All my life I had spent learning from others; having had the opportunity to give back, even just a little bit, was an honor and an experience. Teaching and learning are lifelong processes that never quite end, and Korea was the perfect place for me to combine and continue both.