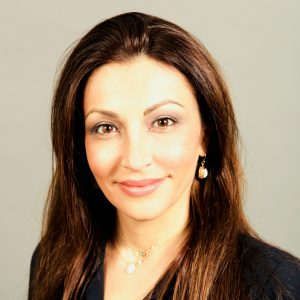 Sara V. Lejuez, a former executive producer at Voice of America, will join the faculty at the School of Communication and Journalism as an assistant professor of practice this fall. She will teach primarily in the School’s broadcast journalism and news production courses.

“I am delighted to welcome Sara to the SoCJ; her experience and expertise will be a tremendous asset to our School and to our students,” said Laura Lindenfeld, dean of the School and executive director of the Alan Alda Center for Communicating Science. “Many of our students plan to work in broadcast journalism, as reporters and anchors, producers and camera operators. I’m confident they are going to love learning from her and working with her.”

Lejuez has more than a decade of experience at Voice of America, working her way up from a producer to an executive producer. In that time, she helped to ensure that important news stories of the day were created and aired with close attention to detail and journalistic ethics, coordinated with teams of reporters, anchors and other staff, and worked to improve efficiency across the newsroom. As executive producer, she was responsible for overseeing a staff of more than 200 people, set the editorial vision and visual style of news and entertainment programs, and continued to oversee the production of high quality programming.

She launched two radio stations in Africa – Bangui and Chad, respectively, and received the VOA Superior Accomplishment Award, among others. Originally from Iran, she speaks four languages and occasionally was responsible for helping to translate news stories for distribution across Voice of America’s international network of stations and channels.

Lejuez has also worked on a pilot for a television station in the UK, and for the International Broadcasting Bureau’s Radio Free Europe/Radio Liberty, among other organizations.