Prepared by the Office of Institutional Research, Planning & Effectiveness, July 9, 2020

Click here to view a PDF of the full report

The School of Journalism measures student success following the university’s “junior year graduation” rate methodology, which begins tracking students who enter as freshmen in their third year, and students who enter as new transfer students when they reach junior (U3) standing, having earned between 57 and 84 credits*. The program has identified retention and graduation rates of junior/U3 students as principal measures of program effectiveness because they are committed to their majors by this point in their careers. Some 60 percent of all Stony Brook undergraduates who complete a degree switch their majors at least once. The examination of success rates of students in the junior year better reflects the performance of students at the programmatic level rather than students’ exploratory activity in their early career and provides data more comparable to journalism programs that admit students to the major as juniors. Cohorts are based upon enrollment at the official fall census data. Retention rates are calculated as the percent of each cohort enrolled on the official census date the following fall; graduation rates are the percent who graduated by August 31 two years or four years later. 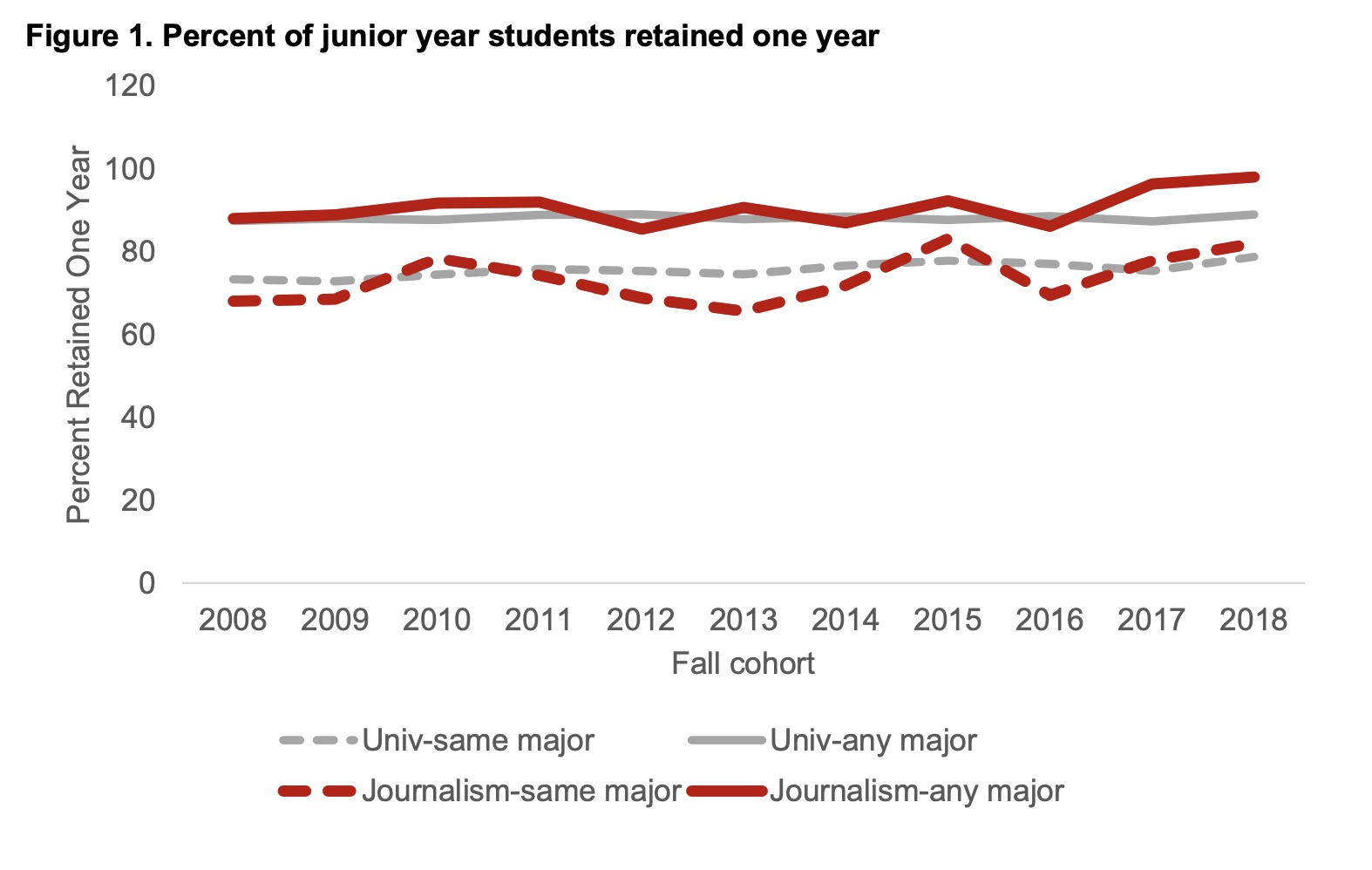 *U3 status can be manually assigned in some cases. In this update of the methodology, all U3 students were considered. Overall cohort counts will be higher than prior year reports that excluded students with mismatching credit counts and academic levels.