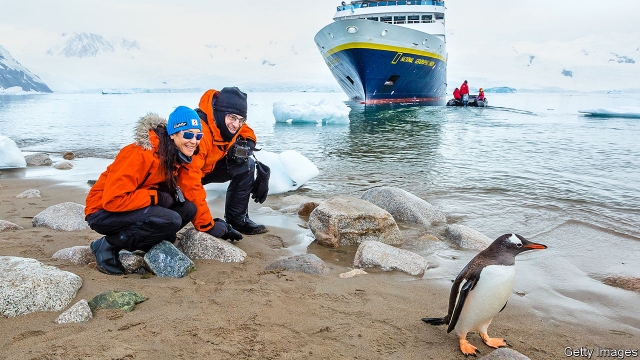 As tourism has been increasing throughout the world, conservationists are becoming concerned about any effects it may have on the wildlife. Dr. Maureen Lynch, recent IACS graduate from the Department of Ecology and Evolution, found that there is nothing to be concerned about for the penguins in the Antarctic through her research into stress hormones in their droppings.

Dr. Lynch visited the Antarctic Peninsula during tourism seasons collected 108 guano samples from 19 Gentoo penguin colonies and returned them to the laboratory for analysis. She and her colleagues discovered there was no difference in stress hormones between penguins who see a lot of tourism traffic and those who rarely see humans at all!

This incredible finding shows that the penguins are not being stressed out by the influx of tourists in their environment. Dr. Lynch’s method of analyzing the animals’ droppings is a perfect way to study their reactions without causing them even more stress. Such an incredible discovery can be used for even more species and can help us understand our world while limiting any negative consequences of the research.

See the article in the Economist here for more details.

Fish Program Manager at the Vermont Fish and Wildlife Department