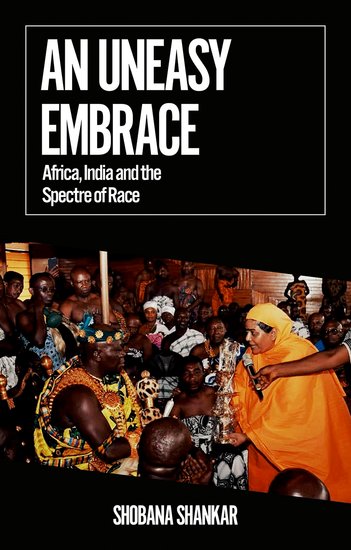 Publisher's Description: The entwined histories of Blacks and Indians defy easy explanation. From Ghanaian protests over Gandhi statues to American Vice President Kamala Harris's story, this relationship--notwithstanding moments of common struggle--seethes with conflicts that reveal how race reverberates throughout the modern world.
Shobana Shankar's groundbreaking intellectual history tackles the controversial question of how Africans and Indians make and unmake their differences. Drawing on archival and oral sources from seven countries, she traces how economic tensions surrounding the Indian diaspora in East and Southern Africa collided with widening Indian networks in West Africa and the Black Atlantic, forcing a racial reckoning over the course of the twentieth century. While decolonization brought Africans and Indians together to challenge Euro-American white supremacy, discord over caste, religion, sex and skin color simmered beneath the rhetoric of Afro-Asian solidarity. This book examines the cultural movements, including Pan-Africanism and popular devotionalism, through which Africans and Indians made race consciousness, alongside economic cooperation, a moral priority. Yet rising wealth and nationalist amnesia now threaten this postcolonial ethos. Calls to dismantle statues, from Dakar to Delhi, are not mere symbolism. They express new solidarities which seek to salvage dissenting histories and to preserve the possibility of alternative futures. ( Oxford University Press, 2021) 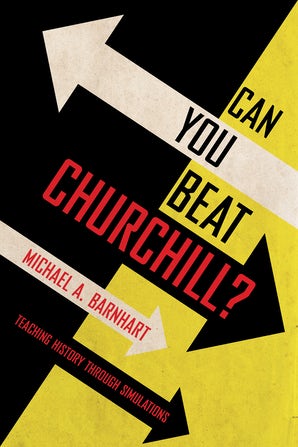 Publisher's Description: How do you get students to engage in a historical episode or era? How do you bring the immediacy and contingency of history to life? Michael A. Barnhart shares the secret to his award-winning success in the classroom with Can You Beat Churchill? , which encourages role-playing for immersive teaching and learning. Combating the declining enrollment in humanities classes, this innovative approach reminds us how critical learning skills are transmitted to students: by reactivating their curiosity and problem-solving abilities.

Barnhart provides advice and procedures, both for the use of off-the-shelf commercial simulations and for the instructor who wishes to custom design a simulation from scratch. These reenactments allow students to step into the past, requiring them to think and act in ways historical figures might have. Students must make crucial or dramatic decisions, though these decisions need not align with the historical record. In doing so, they learn, through action and strategic consideration, the impact of real individuals and groups of people on the course of history. ( Cornell University Press, 2021) 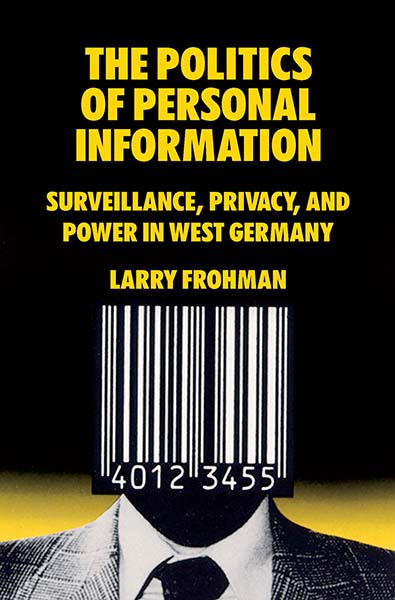 Publisher's Description: In the 1970s and 1980s West Germany was a pioneer in both the use of the new information technologies for population surveillance and the adoption of privacy protection legislation. During this era of cultural change and political polarization, the expansion, bureaucratization, and computerization of population surveillance disrupted the norms that had governed the exchange and use of personal information in earlier decades and gave rise to a set of distinctly postindustrial social conflicts centered on the use of personal information as a means of social governance in the welfare state. Combining vast archival research with a groundbreaking theoretical analysis, this book gives a definitive account of the politics of personal information in West Germany at the dawn of the information society. ( Berghan Books, 2021) 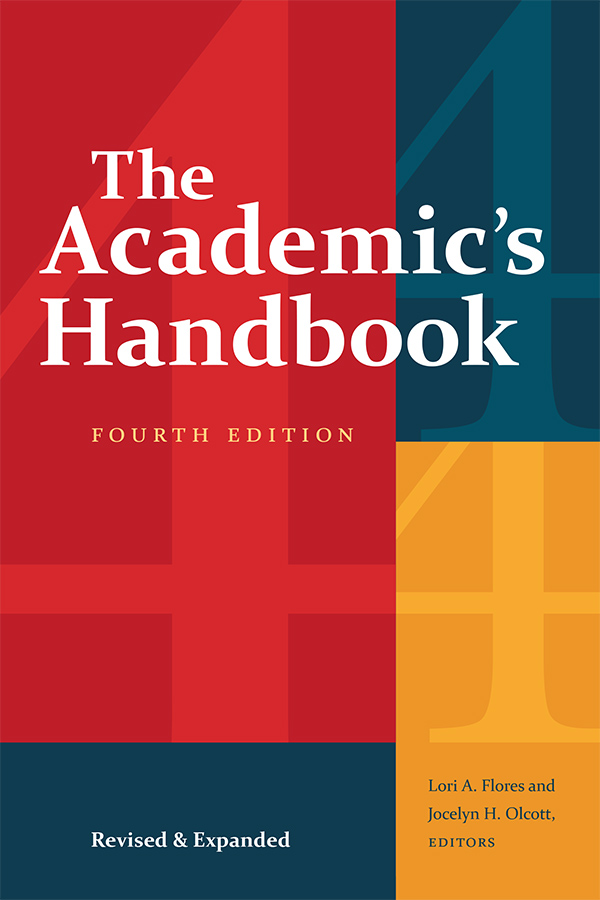 Publisher's Description: In recent years, the academy has undergone significant changes: a more competitive and volatile job market has led to widespread precarity, teaching and service loads have become more burdensome, and higher education is becoming increasingly corporatized. In this revised and expanded edition of The Academic's Handbook, more than fifty contributors from a wide range of disciplines and backgrounds offer practical advice for academics at every career stage, whether they are first entering the job market or negotiating the post-tenure challenges of leadership and administrative roles. Contributors affirm what is exciting and fulfilling about academic work while advising readers about how to set and protect boundaries around their energy and labor. In addition, the contributors tackle topics such as debates regarding technology, social media, and free speech on campus; publishing and grant writing; attending to the many kinds of diversity among students, staff, and faculty; and how to balance work and personal responsibilities. A passionate and compassionate volume, The Academic's Handbook is an essential guide to navigating life in the academy. ( Duke University Press, 2020) 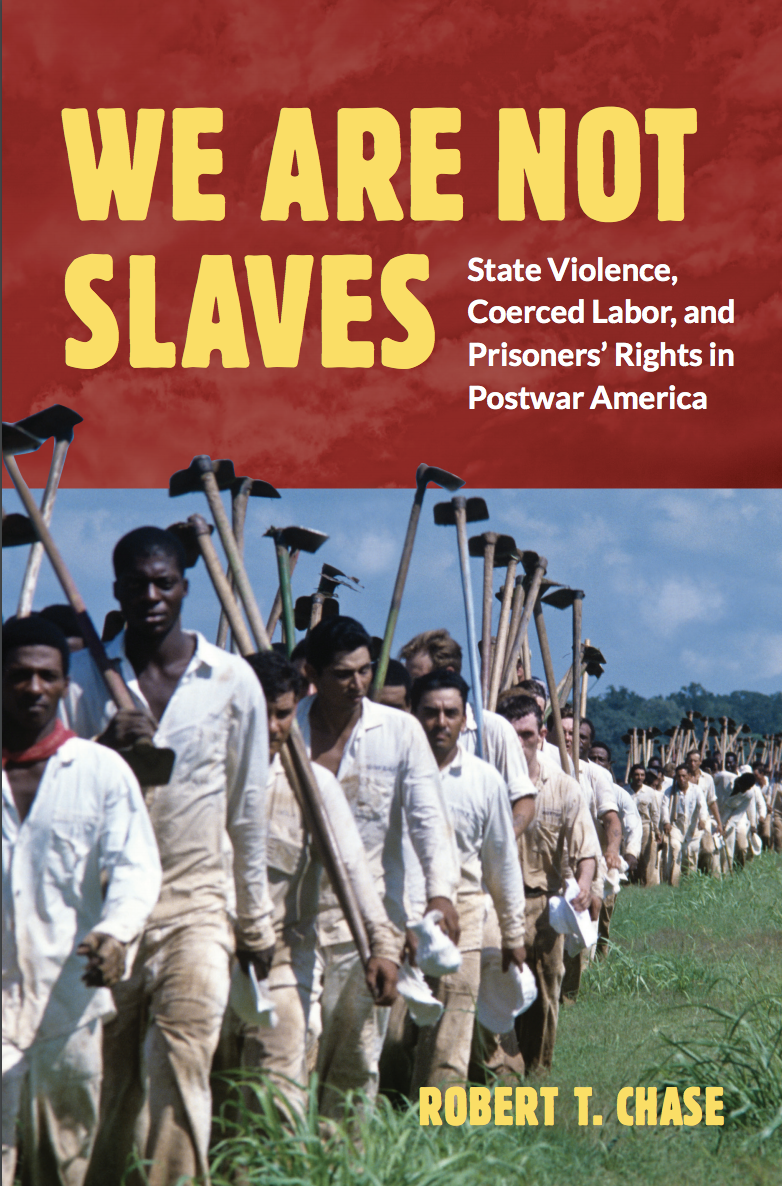 Publisher's Description: In the early twentieth century, the brutality of southern prisons became a national scandal. Prisoners toiled in grueling, violent conditions while housed in crude dormitories on what were effectively slave plantations. This system persisted until the 1940s when, led by Texas, southern states adopted northern prison design reforms. Texas presented the reforms to the public as modern, efficient, and disciplined. Inside prisons, however, the transition to penitentiary cells only made the endemic violence more secretive, intensifying the labor division that privileged some prisoners with the power to accelerate state-orchestrated brutality and the internal sex trade. Reformers' efforts had only made things worse--now it was up to the prisoners to fight for change.

Drawing from three decades of legal documents compiled by prisoners, Robert T. Chase narrates the struggle to change prison from within. Prisoners forged an alliance with the NAACP to contest the constitutionality of Texas prisons. Behind bars, a prisoner coalition of Chicano Movement and Black Power organizations publicized their deplorable conditions as “slaves of the state” and initiated a prison-made civil rights revolution and labor protest movement. These insurgents won epochal legal victories that declared conditions in many southern prisons to be cruel and unusual--but their movement was overwhelmed by the increasing militarization of the prison system and empowerment of white supremacist gangs that, together, declared war on prison organizers. Told from the vantage point of the prisoners themselves, this book weaves together untold but devastatingly important truths from the histories of labor, civil rights, and politics in the United States as it narrates the transition from prison plantations of the past to the mass incarceration of today. ( University of North Carolina Press, 2019) 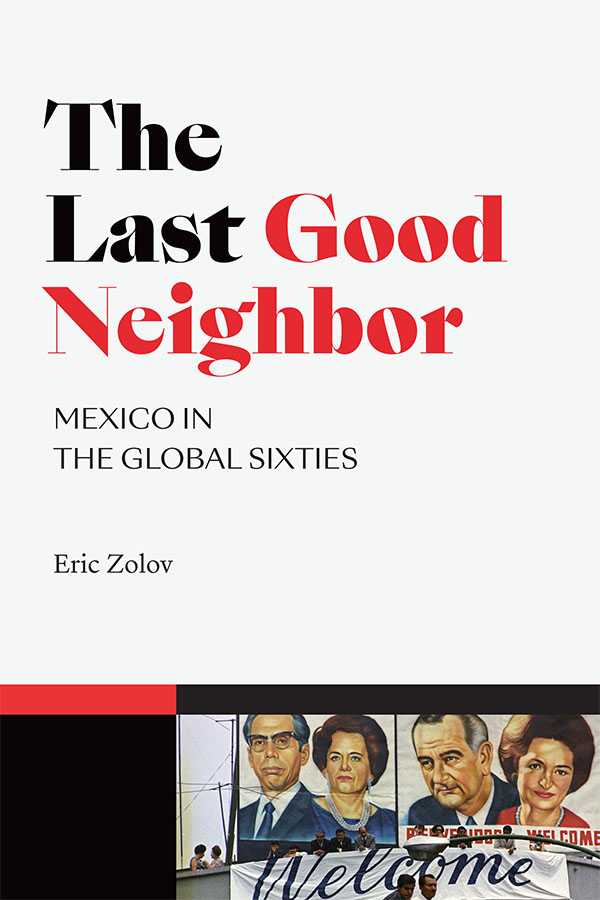 Publisher's Description: In  The Last Good Neighbor Eric Zolov presents a revisionist account of Mexican domestic politics and international relations during the long 1960s, tracing how Mexico emerged from the shadow of FDR's Good Neighbor policy to become a geopolitical player in its own right during the Cold War. Zolov shows how President Adolfo López Mateos (1958–1964) leveraged Mexico's historical ties with the United States while harnessing the left's passionate calls for solidarity with developing nations in a bold attempt to alter the course of global politics. During this period, Mexico forged relationships with the Soviet Bloc, took positions at odds with US interests, and entered the scene of Third World internationalism. Drawing on archival research from Mexico, the United States, and Britain, Zolov gives a broad perspective on the multitudinous, transnational forces that shaped Mexican political culture in ways that challenge standard histories of the period. ( Duke University Press, 2020)