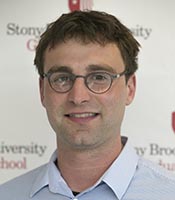 My dissertation examines Canadian corvée, a French form of mandatory labor, in eighteenth-century Quebec. Following the conquest of Canada and the Treaty of Paris (1763), the British targeted the pre-existing contractual obligation between the lords and peasants to mobilize the agrarian labor force for new imperial ends. Although my research is grounded in the British Empire, I am also interested in the establishment of labor regimes in the French Caribbean and Spanish South America.