FAQs for Federal Lobbying and Gifts

Executive officers, deans, senior directors, federal relations staff, student leaders, and any designated faculty or staff approved by Stony Brook’s Office of Government and Community Relations are authorized to lobby on behalf of the University and Hospital.

What do lobbying activities include?

Contacts (in person, written or by phone) with covered executive branch and legislative branch officials made on behalf of SBU or SBM regarding the creation of legislation; existing legislative proposals; rules; regulations; executive orders; programs, policies or positions of the government; administration or execution of federal programs or policies (including federal contracts and grants – grants officers are not covered executive branch officials); and, nomination or confirmation of a person for a position subject to confirmation by the Senate; preparation time.

If you meet ALL 3 of the requirements defining a lobbyist under The Lobbying Disclosure Act you will have to register as a federal lobbyist.   The Lobbying Disclosure Act defines a lobbyist as any individual (1) who is either employed or retained by a client for financial or other compensation (2) whose services include more than one lobbying contact;  AND  (3) whose lobbying activities constitute 20 percent or more of his or her time in services for that client over any three-month period.

Regardless of whether you meet the requirements above or not, you should always report all of your federal lobbying activity to Lauren Brookmeyer, Director of Government Relations, to be included in Stony Brook's federal lobbying disclosure filings.

What are the gifts and travel rules for members of Congress and staff?

Gifts include meals, entertainment, and anything else of value. Members of Congress and their staff may never solicit a gift from any person who has interests before Congress; accept a gift that is linked to any official action that the individual has taken, or is being asked to take; or accept any other gift, unless specifically permitted by one of the provisions of the rules.

General Rule – A Member of Congress or their staff may not accept gifts from organizations, associations or businesses that employ lobbyists, but there are exceptions.

As a public university (considered a state government entity), SBU and its employees have a broad exemption from the rules when giving a gift or providing travel when acting on behalf of SBU. There are other exemptions under the gift rules when an individual is giving on their own behalf or in a capacity other than as a university employee.

Do Congressional members and staff have to pay for tickets to SBU events?

Congressional members and their staff may not have to pay for a ticket to an SBU event if the event is considered a widely attended event . A widely attended event has in attendance at least 25 people other than Members of Congress and their staff, and is open to individuals from throughout a given industry or profession. The invitation must come from the event’s sponsor (contributors are not sponsors); AND the attendance must be related to the person’s official duties . A widely attended event includes a reception, convention, conference or briefing. There is no limit on the cost of the meal as long as it is not lavish, unsolicited and from the sponsor of the event. They may also attend receptions offering “food or refreshments of nominal value.”

Do Congressional members and staff have to pay for their travel to SBU?

Each participant (Members of Congress and staff) in officially-connected travel paid for by a private source must get approval in advance from the appropriate ethics committee. Trips sponsored by public universities are not subject to this approval. All travel is subjected to public disclosure. The trip must be connected to a meeting, speaking engagement, fact-finding, or similar official event, and funding cannot include recreational activities. Institutions of higher education and any entity that does not employ or retain a federally-registered lobbyist or foreign agent (House Rules) and any qualifying charitable institution (Senate Rules) may sponsor short-term travel (up to four days for domestic) to attend conferences and events.

What is the gift and travel rule for the Executive Branch?

Unless an exception applies, executive branch employees may not accept gifts that are given because of their official positions or come from “prohibited sources”.

A prohibited source is any person or organization seeking official action by, is doing business or seeking to do business with, or is regulated by the employee’s agency.

Exceptions to the Gift Rule:

An employee can never solicit or coerce the offering of a gift, or accept a gift in return for being influenced in the performance of an official act

Executive branch employees may accept payment of travel, meals, and related expenses from a non-Federal source for an employee’s official travel away from the employee’s official station to attend a meeting or similar function related to their job responsibilities. 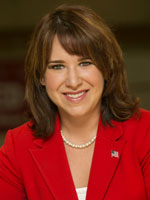