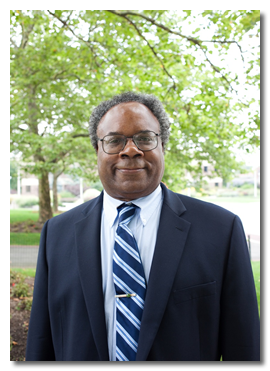 David Ferguson was a Distinguished Service Professor of Technology and Society and Applied Mathematics and Statistics at Stony Brook University. Previously, he was chair of the Department of Technology and Society. His research and teaching were intertwined and focus on issues of Quantitative reasoning; Problem solving; Use and assessment of educational technologies; Technology in mathematics, science and engineering education; and Decision Making.

Dr. Ferguson held many funded research and special projects. He co-directed the NSF-supported Algorithm Discovery Development project and two NSF-funded Faculty Enhancement workshops on the teaching of introductory computer science courses. Under support from the Sloan Foundation, he developed a course in Applications of Mathematics for liberal arts students. He also co-designed and co-taught a multidisciplinary course, jointly offered by Biological Sciences and the College of Engineering and Applied Sciences, on Computer Modeling of Biological Systems. He was a co-PI on a multi-campus project, funded by NSF, on Mathematical Sciences and Their Applications Throughout the Curriculum. He was also co-PI on two NSF-funded educational technology projects:

In addition, he developed a variety of curricular materials to help undergraduates improve their quantitative reasoning. At the graduate level, Professor Ferguson taught courses in educational technology and decision making. He supervised projects in such areas as advanced technologies in the learning and teaching of mathematics, science and engineering; problem solving in a variety of content areas; computer-human interfaces; quantitative models in decision making; and teacher and faculty development.

In 1992, Professor Ferguson received the State University of New York Chancellor's Award for Excellence in Teaching. He was a New York State and national leader in programs to enhance the participation of underrepresented minority students in undergraduate and graduate science, mathematics, engineering, and technology programs. Dr. Ferguson was a member of the executive committee of the NSF- supported Recognition Award for the Integration of Research and Education (RAIRE). From 1998 until 2002, Dr. Ferguson directed Stony Brook's Center for Excellence in Learning and Teaching (CELT). He enjoyed the very diverse learning environment where educators, engineers, environmental professionals, and current, as well as emerging managers, learn collaboratively.