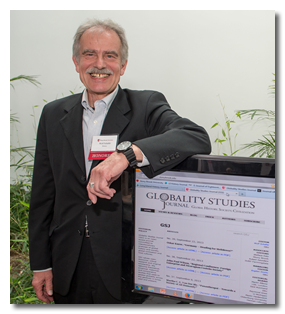 Professor Schäfer received his higher education in Marburg, Bonn, King's College London, Munich, and Bremen; he earned an MA in History, International Politics, and Philosophy and a PhD in History of Science and Technology and Social History.

Wolf Schäfer has worked at a German Max-Planck-Institute with C. F. von Weizsäcker and Jürgen Habermas, became a professor in Darmstadt, Germany, and moved to the United States in 1989. At Stony Brook University, he pioneered global history as an alternative to traditional world history, founded the Center for Global & Local History, the  Institute for Global Studies, and the  Globality Studies Journal.

Wolf Schäfer is the author of over eighty articles and ten books.  His current research and teaching focuses on the ethics of technology (especially  Automotive Ethics 1.0 and 2.0 ) and the organizational history of big science projects in the US and Germany during World War II. He has analyzed the 2016 election of Donald Trump in a recent manuscript .

Wolf Schäfer has served Stony Brook University's International Academic Programs and Services as Associate Dean and twice as Interim Dean. He was awarded a 2013 Berlin Prize Fellowship at the American Academy in Berlin and, in 2014/15, was the Academy’s Dean of Fellows. In June 2020, the Academy published Schäfer's take on Germany’s best practices in the battle against COVID-19 .