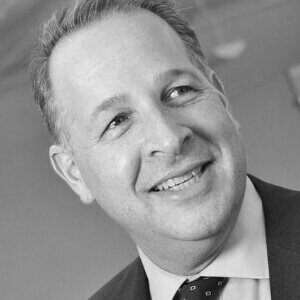 The end of an era is the start of something big for ThermoLift, shining star of Stony Brook University’s commercialization ecosystem.

As a client of the Clean Energy Business Incubator Program (CEBIP) and a resident of the Advanced Energy Research and Technology Center (AERTC), the heat-pump innovator – which leverages and advances the extreme-temperature patented Hofbauer thermodynamic cycle to provide unprecedented control of heating and cooling systems – has made good use of available resources.

Rigorous laboratory work, copious networking with likeminded researchers (and industrial benefactors) and a steady stream of critical field tests, each more substantial than the last, have the company and its latest-generation TCHP heat pump ready to rewrite the books on HVAC efficiency and commercial refrigeration.

But all good things must end – and as ThermoLift, under the steady hands of co-founders Paul Schwartz and Dr. Peter Hofbauer, has grown into a very good thing, it has finally “graduated” from the CEBIP program.

There’s no specific milestone that denotes the achievement. The company will remain an AERTC resident for now – Schwartz, in fact, expects relations with SBU, particularly the managers and clients of the CEBIP and AERTC programs, to remain tight.

But ThermoLift has “completed all the training that was offered” by CEBIP, according to Schwartz, who is eternally grateful to the incubator program for keeping the 2012 startup on track and pushing it forward.

“This was such a great opportunity for ThermoLift to consistently be exposed to groups and organizations that had an interest in energy and interest in the work being done on Long Island,” Schwartz notes. “That made us part of a real community.

“It was through those connections that we were first introduced to the Long Island Angels and made other important connections in the energy industry,” he adds. “These are the kinds of opportunities that came through CEBIP.”

In addition to exposing potential investors to ThermoLift’s heat pump – which aims to halve commercial HVAC costs while significantly reducing greenhouse-gas emissions, and can function at temperatures as low as minus-150 degrees F, putting specialized applications like cryogenics in play – the business incubator was central to arranging critical field tests with the U.S. Department of Energy, Tennessee’s Oak Ridge National Laboratory and other vital partners.

“CEBIP helped us put ourselves in a position to get multiple field tests,” Schwartz notes. “They helped us arrange those peer-reviewed journal publications – three over the years – that validated the science of what ThermoLift is doing, and that’s what sets up the opportunity for me to talk to a big utility company.

“That’s a real credibility factor,” he says. “CEBIP set up our company for success.”

But CEBIP is “an early-stage incubator,” according to Schwartz, and the time has come for ThermoLift to go pro. Fully staffed (Schwartz estimates 14 professional hires directly from SBU), the company is shaking off the sluggish slowdown of the COVID-19 pandemic and embarking on another important trial – this in Vancouver, with partner Fortis BC and funding from the Canadian Gas Association.

Beginning in January, a multiunit demo will assess residential and commercial capacities. After that, according to Schwartz, comes a big-time shakedown cruise in Metropolitan New York, where the heat pump will prove its urban mettle, and from there the possibilities are as varied as they are promising.

A future of economic and environmental success seems more than possible – it appears likely, especially now that Schwartz and Dr. Hofbauer are bookending a Board of Directors that also includes seasoned investors and former National Grid Chairman Bob Catell, and Dr. David Parks has taken the reins as ThermoLift CEO.

The new CEO is both a great get and a “big transition” for ThermoLift, according to Schwartz, who remains “very hands on in many areas of the business” but is thrilled to trust ThermoLift’s corporate fate to a seasoned industry veteran.

“This is what you look for in a company, as a sign of success,” Schwartz notes. “Somebody who’s part of a larger organization in your industry comes in to add experience and advance the project to the next level.”

The new leadership structure and the company’s smart market-penetration strategy – in addition to proving out the tech, each field test “is targeted to build a dealer-installer network in the testing territory,” Schwartz notes – have ThermoLift ready to rock.

“We did as much as we could to get information out of CEBIP – we pushed (Executive Director) David Hamilton and his team hard,” Schwartz says. “I’m the first alumnus of the program, so that’s a nice compliment, that we worked so well together for eight years.

“We’re not leaving the country or anything, so I’m available to CEBIP and CEBIP is available to me when we need to access resources from each other,” the entrepreneur adds. “But graduating is definitely a sign of success for the relationship between the company and CEBIP.”