Dr. Satya Sharma steps down as Executive Director for CEWIT 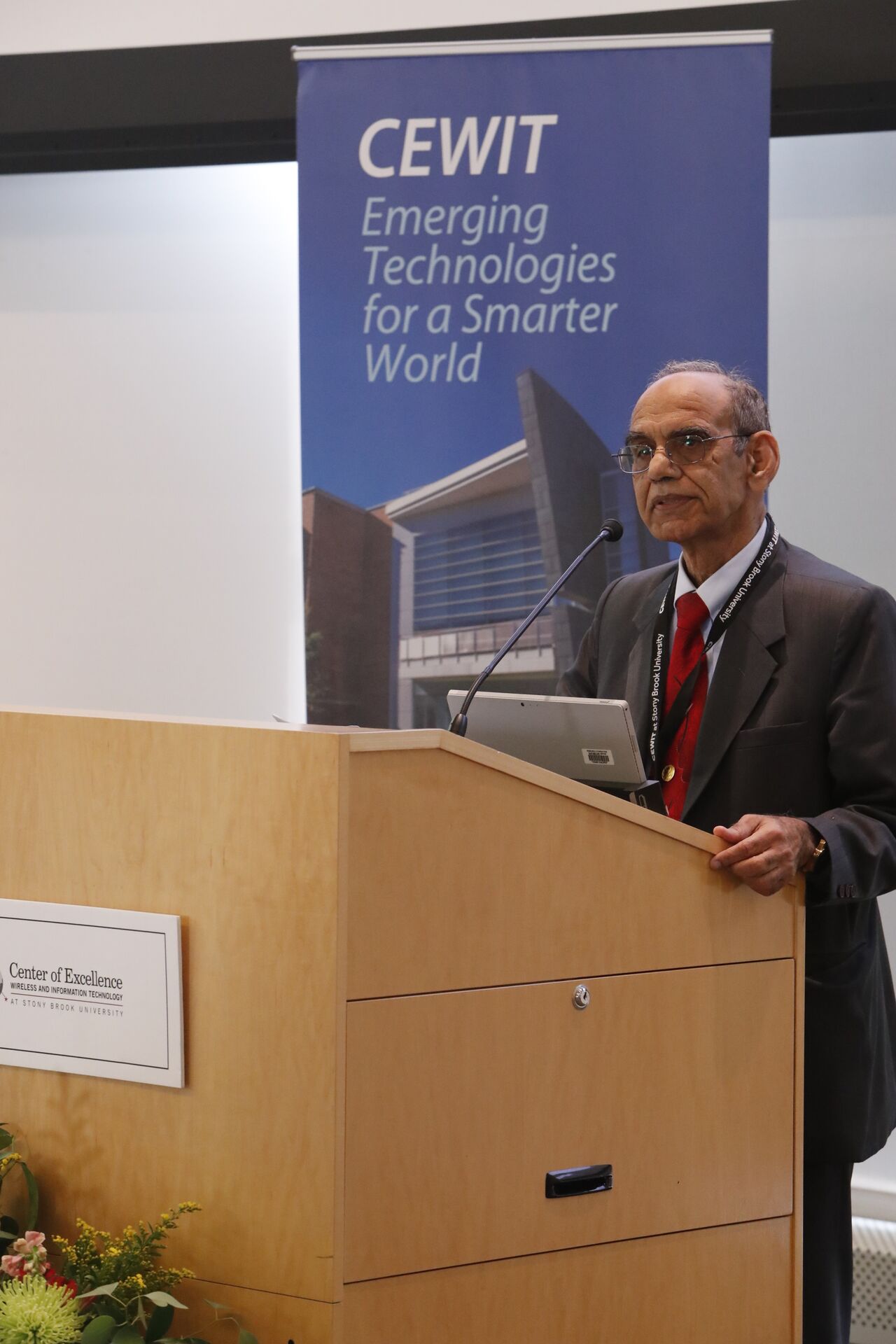 On the afternoon of November 3rd, over fifty invited guests and colleagues gathered at the Center of Excellence in Wireless and Information Technology (CEWIT) building to say farewell to CEWIT’s longtime leader, Dr. Satya Sharma.  Dr. Sharma announced in July he was stepping down but stayed on through the CEWIT 2022 conference held in October.

Dr. Sharma has been the sole Director for CEWIT since the center's inception in 2003, and oversaw the physical construction of the CEWIT building as the anchor building in the Stony Brook Research and Development Park and the approval of CEWIT as one of the original New York State designated Centers of Excellence, which was passed in the NYS legislature in 2008.

During the time of Dr. Sharma's leadership, he helped in building CEWIT to be a very powerful institution that ranks as one of the two centers of its kind in the world.  Its mission of world class research, working with companies, and creating the leaders of tomorrow in information technology is as relevant today as it was when CEWIT was created.

Before joining Stony Brook, Dr. Sharma was Senior Vice President at Symbol Technologies from 1995 to 2003, overseeing various divisions of the company including World-Wide Operations, Mobile Computing & Wireless Engineering, and Quality & Process Improvements. Prior to his tenure at Symbol, he was Director of AT&T Power Systems and an adjunct professor at Southern Methodist University. Dr. Sharma has managed technology, led product development, managed marketing and financial functions, led operations, and taken a leadership role in organizational transformation. He led Lucent Technologies to win the Deming Prize in 1994, making it the first and still the only American manufacturing company to have this honor. While leading Symbol’s Mobile Computing & Wireless Engineering, the company won the National Medal of Technology in 2000. Dr. Sharma also led Lucent and Symbol to win the Shingo Prize in 1992 and 2003 respectively. Dr. Sharma has more than 70 technical publications and conducts research in a wide variety of disciplines including wireless and mobile computing, quality management, and materials science.

Dr. Sharma felt that “every institution needs new blood, new ideas and a new source of oxygen for its continuing growth.”   With that in mind, he decided to retire from his position.  While Dr. Sharma will be missed at CEWIT, he plans to stay in the entrepreneurial arena, and continue to work with students whom he devoted most of his life to.  You can still contact him at his Stony Brook email address since he will remain as a Research Professor with Mechanical Engineering Department.