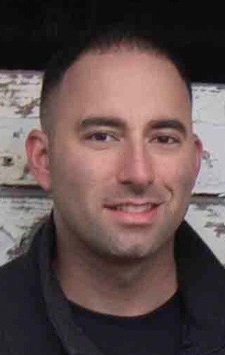 Daniel worked a decade in the construction business before receiving his bachelor’s degree in Biology from Stony Brook University in 2016. He began his research career at Stony Brook working in the laboratory of Dr. Nancy Reich, which was facilitated by the Chancellor's Education Pipeline Biomedical Research Award. Daniel later worked in the laboratory of Dr. Jennie Williams, investigating cancer and racial health disparities. In addition to being a Bridge to the Doctorate Fellow, he is also an IMSD-MERGE Graduate Scholar. In his free time, he enjoys basketball, volunteering, and as of May 2016, spending time with his newborn son.

Nicholas graduated from Binghamton University with a bachelor's degree in Biomedical Engineering. His two year's of research experience during his undergraduate education focused on the combination of nanotechnology and drug delivery to target microbial infection and biofilms.  Nicholas also had the opportunity to do summer research at Stony Brook University through the NSF REU for Nanotechnology, where he worked with additive manufacturing and studied the catalytic properties of silver nanoparticle-coated polymers. His current research focuses on the mechanotransduction of macrophages through low-intensity vibrations.

Christian received a bachelor's degree in Molecular Biology from Binghamton University. He is currently a student in the Molecular and Cellular Pharmacology Doctoral Program where he is completing his first year of coursework and laboratory rotations.