Tianchi Mo was born in October 1990, in Changsha, Hunan Province. Seven days after birth, milk blocked his airways, causing permanent brain damage and paralysis. However, Tianchi’s misfortunes did not leave him defeated, and his adversities taught him to grow stronger. Tianchi was rated as one of the top students in Changsha. He graduated junior high school in 2007, and secured a place in Normal University High School, affiliated with a top Chinese university. In 2010, Tianchi achieved top scores on the Gaokao Chinese university entrance exam score, and was accepted to Central South University. At CSU he ranked second place in his major, and was recommended for the Master’s program in Software.

Upon completing his Master’s in 2018, Tianchi began applying to PhD programs in the U.S. and Canada.   He received full scholarships in Computer Science at Stony Brook University and the New Jersey Institute of Technology, as well as admission to top programs at Boston University, the University of Washington, SUNY Buffalo, and the University of British Columbia.

This April Tianchi announced that he would attend Stony Brook during the University’s Admitted Student Information Session in Guangzhou, China.  His choice reflected the support and outreach he had already received from Stony Brook, including that of the Office of Global Affairs and Division of Student Affairs, who offered support in securing his father a U.S. visa and helping him and his father settle in Stony Brook. During the Information Session, Tianchi received an additional $8,000 scholarship from President Stanley to show the University’s commitment, support, and care for diversity. 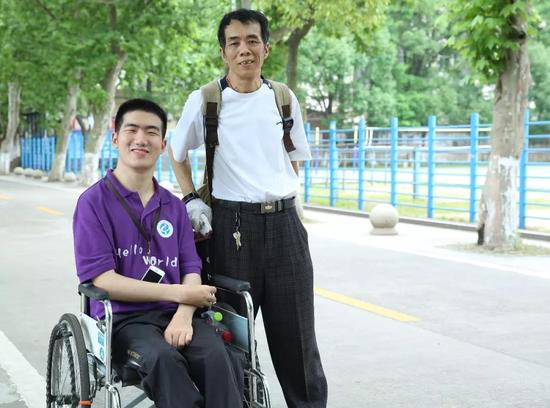