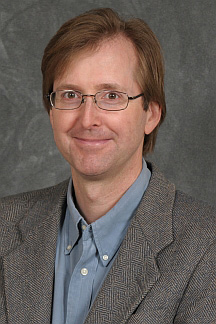 The Simmerling lab at Stony Brook University carries out research in the area of computational structural biology. In particular, the lab focuses on understanding how dynamic structural changes are involved in the behavior of biomolecules, such as proteins and nucleic acids. Recent advances in computer hardware and simulation algorithms have established computational methods as a robust and important component of biomolecular research. These simulations are highly complementary to experimental tools, and methods such as molecular dynamics simulation are able to provide a detailed description of the motions of individual atoms over short timescales that are typically inaccessible to experiment. Simulations are not limited to the averages over time and over large numbers of molecules that prevent crystallographic or NMR experiments from characterizing transiently populated conformations such as important intermediates in multi-step conformational changes. In additional to direct dynamics, treatment of simulation data using statistical mechanics can provide valuable thermodynamic properties such as binding affinities or the free energy profiles resulting from conformational changes.

In addition to projects related to specific biological problems, much of the research in the Simmerling lab focuses on the development of new methods for biomolecular simulation. The Simmerling lab develops the  Amber  simulation package in collaboration with several other research groups. Of particular interest are development of new methods for efficient simulation of conformational changes and development and validation of the molecular mechanics force fields that determine the accuracy of the resulting simulation data.

Simulations based on classical mechanical force fields can expose dynamics on the femtosecond to microsecond timescales. However, the force fields and solvent models used must be accurate enough for the conformations observed to correspond to those in reality. The Simmerling Lab develops atomic-detail energy functions that are among the most accurate models currently available for protein dynamics. These include the widely used Amber "SB" (Stony Brook) force fields, such as ff99SB and ff14SB.

A key problem in computational chemistry and biology is modeling the solvent. Solvation and desolvation usually involve large free-energy driving forces. There are two main ways water is currently modeled. (1) In explicit solvent, individual water molecules are included atomistically.   Explicit solvent is the current gold standard in terms of physical accuracy, but it is computationally expensive—often prohibitively so .   (2) In implicit solvent, such as the semi-analytical generalized Born model (GB), water is treated more simply as a dielectric continuum.  Also, sampling of global motions is enhanced considerably due to lack of viscosity. Implicit solvent dramatically reduces the computational cost of the popular REMD sampling method (see Aim 2), with fewer replicas, simulated for shorter times.This is much faster, but can lack accuracy. Our group works on developing improved implicit solvent treatments for proteins and nucleic acids, as well as hybrid explicit/implicit solvent models.

The single largest roadblock to reliable calculations of structures and relative free energies for complex biomolecular systems is the sampling problem. The number of possible conformations for a flexible molecule increases exponentially with the number of rotatable bonds, rapidly exceeding the number which can realistically be evaluated. Overcoming the sampling limitation would have a tremendous impact on our ability to make significant contributions in many areas, such as docking of flexible ligands, refinement of structures with low resolution or incomplete data, quantitative calculation of effects of amino acid mutations on protein stability, assisting in the engineering of modified or new functions for enzymes and catalytic antibodies, and eventually, the "holy grail" of computational structural biology, the prediction of accurate three-dimensional protein structures from only sequence data. The methods that we develop and use must be compatible with the highest quality representations of the system, such as atomic detail, explicit solvation and accurate treatment of the long-range electrostatics that are critical in simulations of highly charged molecules such as DNA and RNA.

While the accurate prediction of structures from sequence data alone is a long-term goal, current projects involve the application of new sampling techniques to the study of systems where at least some data is available. Sources of this data include structures of homologous proteins, low-resolution or incomplete experimental data (such as that from X-ray crystallography or NMR spectroscopy), or low-resolution protein structure predictions from methods that forego atomic detail and explicit solvation.

Biomolecules undergo constant structural changes as they perform their functions. These changes range from small fluctuations of ligands bound tightly to a receptor, to larger but transient breathing events, and even adoption of completely different tertiary structures as occurs during protein folding. In the Simmerling group, we are interested in gaining insight into the biophysics of these changes, the interactions that drive them, and how they are modified in cases of disease or drug resistance. Since most experimental techniques provide averages over time and/or macroscopic numbers of molecules, we use a wide range of computer simulation methods to model these systems and understand the coupling between structure, energy, and dynamics. Each of our projects is closely coupled to experimental work by our collaborators.

Many biological molecules, including important drug targets, change conformation as they perform their function. We aim to understand these dynamic events, and to investigate whether targeting the mechanism of conformational change may be more effective therapeutic than the design of inhibitors that mimic the substrate’s chemical properties. The is especially important in cases like HIV-1 protease, where it is believed that drug resistance arises from mutations that change the flexibility of the enzyme, making inhibitors less potent while maintaining function. We have published a series of papers on this important model system, including studies that revealed the opening mechanism, demonstrated that crystal packing can provide misleading structural data, showed how ligands can gain access to the binding site and inactivate the enzyme, and provided new insight into how multi-drug resistance arises from mutations that modulate protease dynamics.

Another example of our research is the recognition of specific DNA sequences by enzymes involved in transcription, translation and repair of DNA. Although the integrity of DNA is essential to maintaining an organism’s genetic code, DNA is continually undergoing a process of damage and repair (thousands of times a day in each cell). While some types of damage involve large and bulky adducts, others involve minor chemical changes that do not appear at first to have a significant impact on DNA structure or stability. We use simulations to help understand how DNA repair enzymes can recognize damaged bases from a vast excess of normal DNA, bind to them with striking specificity, and repair the damage.

MOIL-View: A Program for Visualization of Structure and Dynamics of Biomolecules and STO: a Program for Computing Stochastic Paths
Simmerling, C., Elber, R. and Zhang, J.,
in Modeling of Biomolecular Structures and Mechanisms, A. Pullman et al. (eds.) Kluwer Acad. Publishers, Netherlands  ,  1995