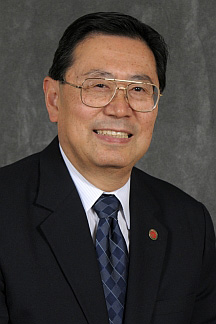 Synthetic Organic and Medicinal Chemistry at the Biomedical Interface

Tumor-targeting chemotherapeutic agents. The drug discovery program includes tumor-specific drug delivery systems, “guided molecular missiles” in the fight against cancer. Despite the significant progress in the development of cancer detection, prevention, surgery and therapy, there is still no common cure for this disease. In addition, the long-standing problem of chemotherapy is the lack of tumor-specific treatments. Traditional chemotherapy relies on the premise that rapidly proliferating cancer cells are more likely to be killed by a cytotoxic agent. In reality, however, cytotoxic agents have very little or no specificity, which leads to systemic toxicity, causing undesirable severe side effects. Therefore, various “molecularly targeted cancer therapies” have been developed for use in specific cancers, including tumor-targeting drug delivery (TTDD). In general, a TTDD system consists of a tumor recognition moiety and a cytotoxic warhead connected through a “smart” linker to form a conjugate. When a multi-functionalized nanomaterial is used as the vehicle, a “Trojan Horse” approach becomes possible for mass delivery of cytotoxic warheads to maximize the efficacy. The Ojima Laboratory has been making an excellent progress in the novel molecular approaches to the design and discovery of “guided molecular missiles” for tumor-targeting chemotherapy.

Novel antibacterial agents targeting bacterial cell division. The program also includes novel antibacterial agents against drug-resistant tuberculosis, MRSA, VRE and other pathogens. Despite extensive research in the last 40 years, the drugs used to treat these infections are still limited to rather classical antibacterial drugs that target cell wall biosynthesis, nucleic acid synthesis, protein synthesis, etc. Furthermore, the widespread misuse of drugs and poor patient compliance have allowed bacteria to become resistant to drugs by means of their adaptive genetic machinery, leading to multi-drug resistant (MDR) strains of bacteria. Widespread bacterial resistance to existing therapeutics for bacterial infections mentioned above has been a key hurdle for the complete treatment. Therefore, in order to counter attack the adaptive genetic machinery of bacteria, there is a dire need for the identification of novel therapeutic targets. In this context, filamentous temperature sensitive protein Z (FtsZ), an essential bacterial cytokinesis protein, is a highly promising therapeutic target since the disruption of cell division would lead to the inhibition/arrest of bacterial infection. The Ojima Laboratory has discovered novel taxanes and benzimidazoles exhibit high potency against drug-sensitive and drug-resistant tuberculosis through efficient inhibition of FtsZ polymerization, which is crucial for bacterial cell division. The drug discovery efforts have been supported by design and synthesis of novel libraries of compounds and moderately high throughput (HTP) screening as well as rational optimization of the hit compounds.

New and efficient synthetic methodology development. The Ojima Laboratory has been exploring and developing new methodologies, especially based on catalytic organic transformations, including enantioselective processes, cyclohydrocarbonylations and higher order cycloadditions and carbocyclizations, which provide the basis for the efficient syntheses of biologically active substances of medicinal interest, such as those anticancer and antibacterial agents mentioned above. Mechanisms of these reactions are also studied based on spectroscopic methods including advanced NMR techniques, computer-assisted molecular modeling, and X-ray crystallography.